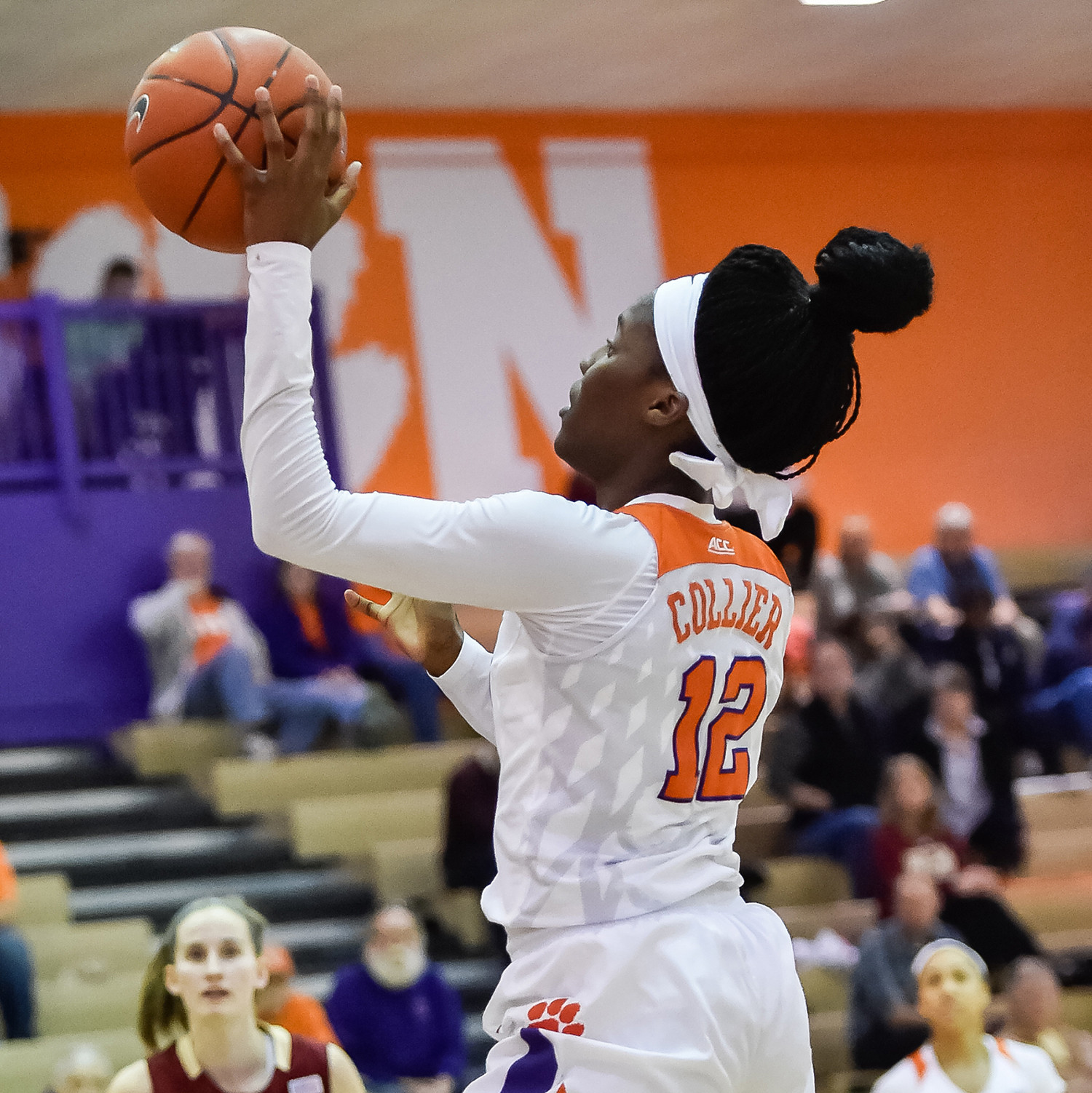 Collier Scores 18 in Tigers? Road Loss to No. 2/3 Notre Dame

NOTRE DAME, Ind. – Freshman Aliyah Collier tied her career-best scoring effort with 18 points, but it was not enough against No. 2/3 Notre Dame on the road on Thursday night, as the Tigers suffered a 71-52 loss to the Irish in Notre Dame, Ind. It was the final regular season road game for Clemson, who fell to 4-24, 0-15 ACC, while Notre Dame remained unbeaten in ACC play, improving to 27-1 overall and 15-0 in the conference.

“Aliyah has been playing well all year and she played well tonight. She gives us everything she’s got and she does a lot of things that don’t show up in the stat sheet,” said Head Coach Audra Smith. “She’s playing her heart out and she’s been as consistent as a freshman could possibly be. The bottom line is we took 60 shots and we could not knock enough of them down tonight.”

The Tigers started the game well, trailing by three points, 15-12, at the first-quarter media timeout. Collier sparked the early run with six points in the opening seven minutes of the game. Notre Dame went on a 6-0 run to end the quarter, and then outscored the Tigers 19-11 in the second for a 40-25 lead at halftime. A primary difference in the half was the Irish’s 11-for-11 performance from the free throw line, while Clemson did not attempt a free throw in the opening half.

Notre Dame held the Tigers to five points in the third quarter to extend its lead, but Clemson continued to fight, and outscored the Irish 22-15 in the final period. Collier finished the game one rebound shy of a double-double. Sophomore Victoria Cardaci scored nine points and extended her streak of consecutive games with a made three-point basket to eight.

The Tigers return home to conclude the regular season on Sunday, Feb. 28 against NC State. Tip off between Clemson and the Wolfpack is set for 2 p.m. at Jervey Gym, where admission is free.