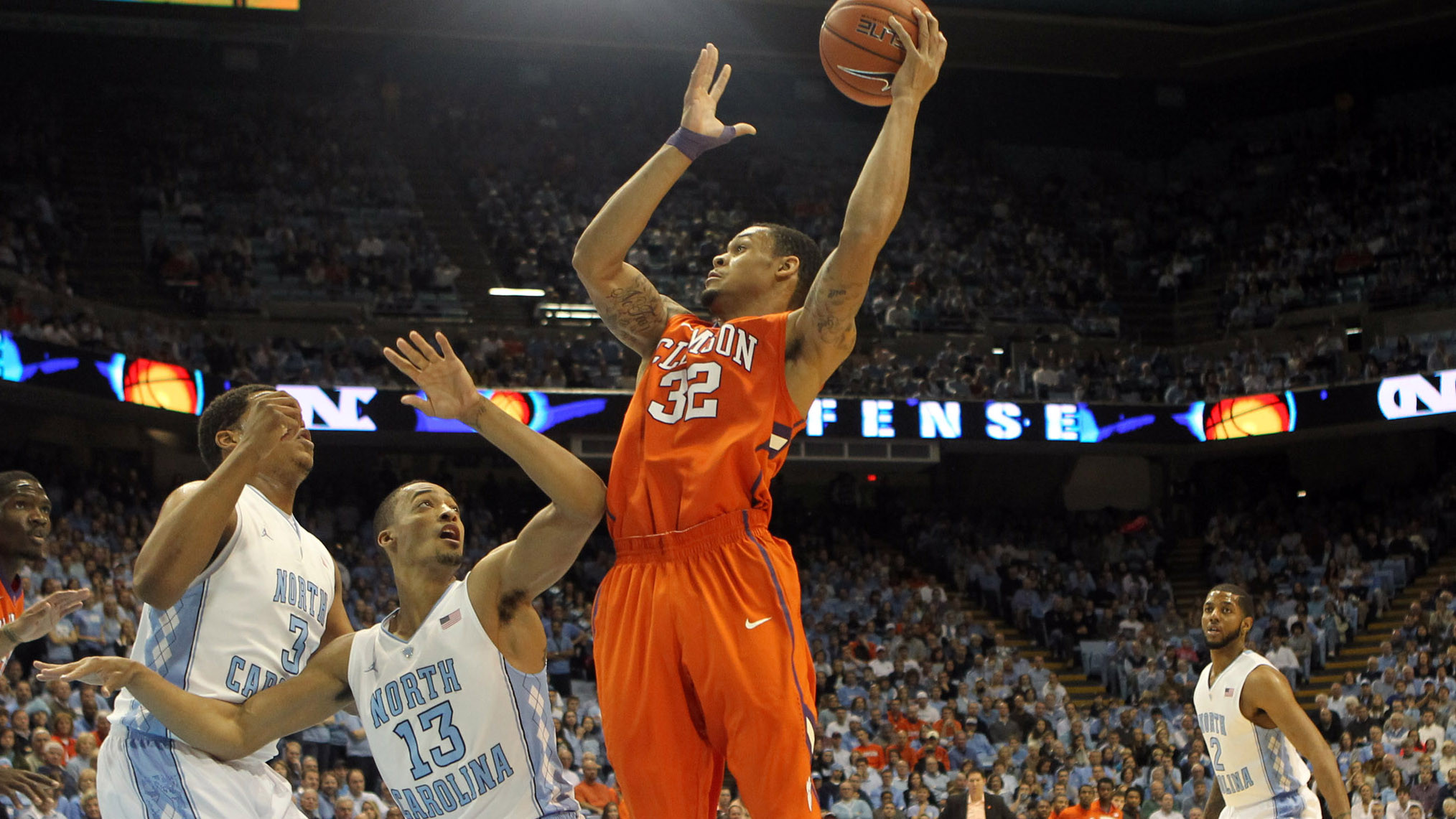 CHAPEL HILL, NC – Clemson scored just one field goal over a stretch of over 17 minutes Sunday and North Carolina capitalized in a big way, leading to an 80-61 Tar Heel victory over the Tigers at the Dean Smith Center. North Carolina improved to 12-7 on the season and 2-4 in the ACC, while the Tigers fell to 13-6 overall, 4-3 in league play.

K.J. McDaniels was Clemson’s only offensive threat early, scoring 11 of his 13 points in the opening half of play. Adonis Filer and Landry Nnoko came alive late in the second half to post 12 points apiece. Clemson shot just 34 percent for the game, only 23 percent in the opening period. The Tar Heels, meanwhile, shot 55.4 percent as a team – the highest allowed by a Brad Brownell coached team. James Michael McAdoo was unstoppable for UNC with 22 points. The Tar Heels won the rebound battle, 37-31.

UNC was hot early, connecting on five of its first six shots as it built a 14-9 lead just over six minutes into the game. Clemson cut it to one at 14-13, but the Heels went on a modest 5-0 run as the Tigers went several minutes without a field goal. McDaniels finally broke the field goal drought with a contested jumper at the free throw line that cut a 10-point lead to eight at 24-16.

The Heels drove the lead to 15 points at 31-16 behind Nate Britt’s second make from behind the arc this season. Clemson went into halftime trailing 37-21, one game after trailing Pitt by a similar score (37-20) after the first 20 minutes of play.

The onslaught continued right out of the halftime break as Carolina administered a 9-2 run punctuated by an emphatic slam from McAdoo. The biggest lead of the game was 31 for the Heels, who shot 61.5 percent in the second half. Clemson heated up late and actually made 6-of-10 from three in the second half after an 0-for-5 opening half from long distance.

The Tigers do not have a midweek game this week and return to action on Saturday, Feb. 1 at Florida State. The two teams are scheduled to tip off at 3 p.m. on ESPN2.