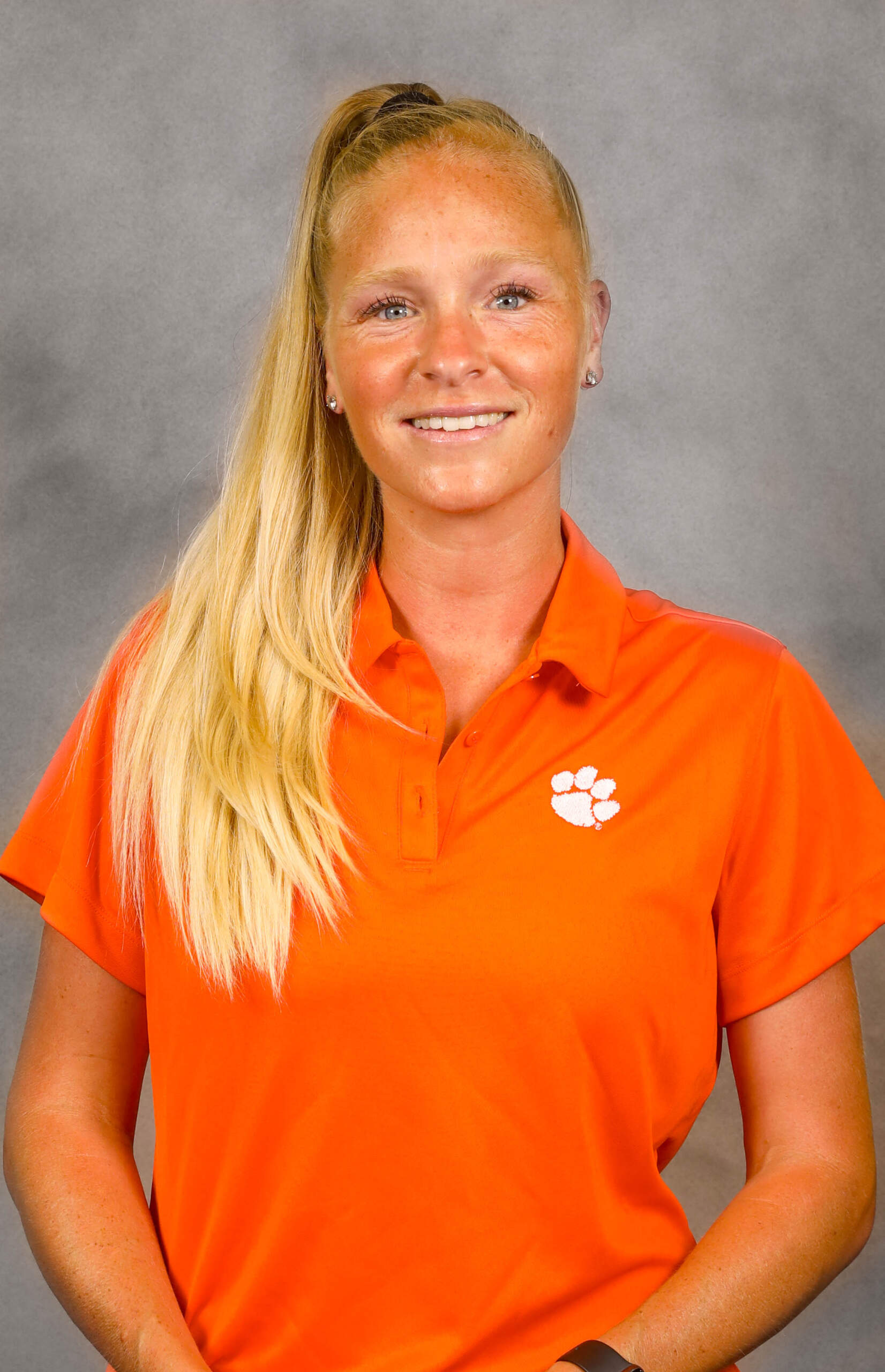 Christy Striplin Lynch was been named Head Coach of the Clemson Women’s Tennis program on July 6, 2020 and is in her first season. Lynch is just the fourth head coach in the program’s 46-year history. Lynch succeeds Nancy Harris, who retired after 23 seasons at the helm of the program.

Lynch joins the Tigers from Georgia Tech where she has spent the past six seasons as an Assistant and Associate Head Coach. During her tenure with the Yellow Jackets, Lynch has helped the team acquire three top-ten recruiting classes in the country from 2016-18. In 2018, Georgia Tech made it to the Final Four of the NCAA Championships.

“I would like to thank Dan Radakovich, Stephanie Ellison-Johnson, Graham Neff and everyone at Clemson for trusting me and my vision for Clemson Women’s Tennis,” said Lynch. “I would also like to thank Coach Rodney Harmon and Georgia Tech for giving me the opportunity to learn and grow both personally and professionally over the past six years.

“I am honored and humbled for the opportunity to lead this program and build off of Coach Nancy Harris’ legacy. Clemson has such a rich tradition of success and the support for the student-athletes is tremendous. I am looking forward to getting to work with the team and the entire Clemson tennis staff. My family and I are thrilled to be joining the Clemson Family!”

A 2009 graduate of Georgia Tech, Lynch played an important role in the Yellow Jackets national title run in 2007, amassing 35 wins on the season. Lynch was ranked as high as No. 27 during her career and her 117 singles wins are the second-most in Yellow Jackets history. The Alabama-native also helped Georgia Tech win back-to-back ITA Indoor National Championships in 2007 and 2008.

Following her graduation, Lynch played in the WTA for one year before moving on to work as a tennis professional at Wellbridge Inc. Athletic Club Northeast. Additionally, from 2012-14, Lynch worked as a private tennis coach where she coached several top-20 ranked U16 girls.

Lynch began her collegiate coaching career as a volunteer assistant coach for her alma mater during the 2013 spring season. In July 2013, Lynch was hired as an assistant head women’s tennis coach at Emory University. During her lone season at Emory, the Eagles achieved 28-2 marks, a program record, and earned its sixth NCAA Division III Women’s Tennis National Championship.

Lynch and her husband, Michael, welcomed their daughter, Olivia, into their family this past December.

Dan Radakovich on Lynch: “We’re excited to have Christy leading our women’s tennis program. Christy brings a wealth of knowledge, energy and experience and is a great fit for our program. The ACC is one of the top tennis conferences in the nation, and we have great confidence that Christy can build upon our program’s past success.”