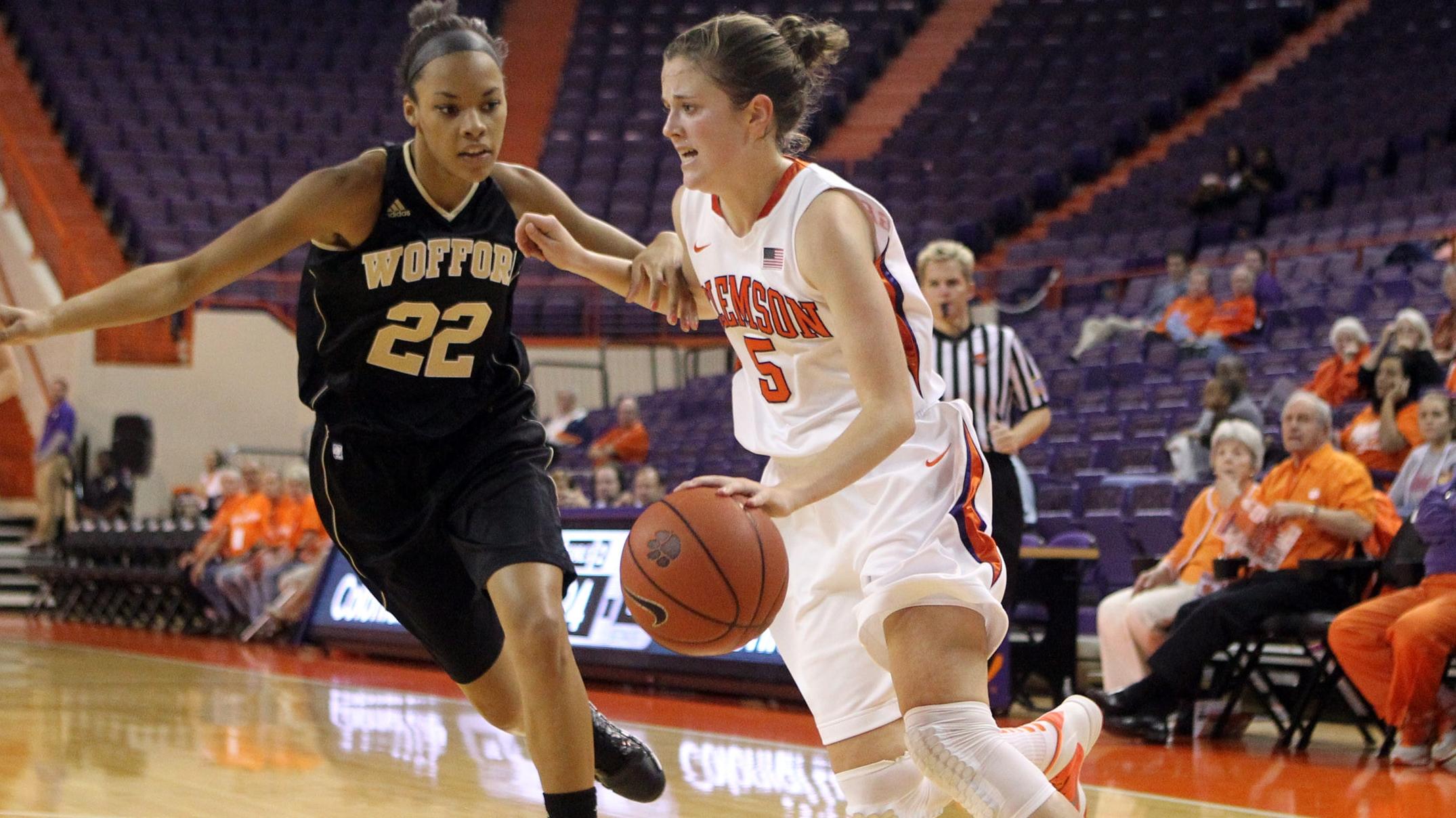 LAS VEGAS, NV – The Clemson women’s basketball team had a five-game winning streak snapped with a 63-54 loss to UNLV (3-7) in Cox Pavilion on Thursday night. Kelly Gramlich netted a career-best 25 points off the bench behind seven three-pointers for the Tigers, who fell to 6-4 on the season.

The Tigers will return to action in its second game of the Duel in the Desert on Friday at 10:30 pm EST against Creighton, and will play Oregon State Saturday at 8 pm before returning to Clemson.

Clemson fell behind, 13-0, a little over four minutes into the contest, and could never fully climb out of the hole. The Tigers trimmed the lead to three, 46-43, with 9:23 remaining on a layup from Sade Chatman, but the Rebels scored the next eight points to stifle Clemson’s threat.

No Tiger other than Gramlich scored more than six points in the contest, as Clemson’s offense sputtered to a .354 mark from the floor after shooting .490 over the previous five games.

Gramlich missed her first two shots, but finished 9-16 from the floor overall and 7-13 from behind the arc. Before Clemson’s last game, an 88-46 win against SC State, no Clemson player had ever hit more than six three-pointers in a game. Gramlich has now done it in consecutive games, and giving her 15 over the two-game span.

UNLV rode a huge advantage at the line, as Clemson was unable to attack the basket as effectively as it had over the previous five games, when they went an average of 17 per game. The Rebels had a 25-2 advantage in terms of free throw attempts, and a 17-0 mark on points at the line.

Clemson had 20 points in the paint, and had a season-high 20 offensive boards, but converted them for just 12 second chance points.

Player of the Game: Kelly Gramlich – The junior had a career-high 25 points off the bench and went 9-16 from the field in the game

Stat of the Game: 17-0 – The Rebels had a 17-0 scoring advantage on free throws in the nine-point victory

Kelly Gramlich knocked down seven three-pointers in the game, giving her 15 over the last two games, a school record.

The school record for individual threes made in a game before last game was six; Gramlich has now surpassed that in each of the last two contests

Charmaine Tay had a season-best five assists without a turnover and a team-high seven rebounds, including five on the offensive end

Chelsea Lindsay took a charge, Clemson’s seventh of the season, and the seventh of her career

The Tiger bench accounted for 40 points