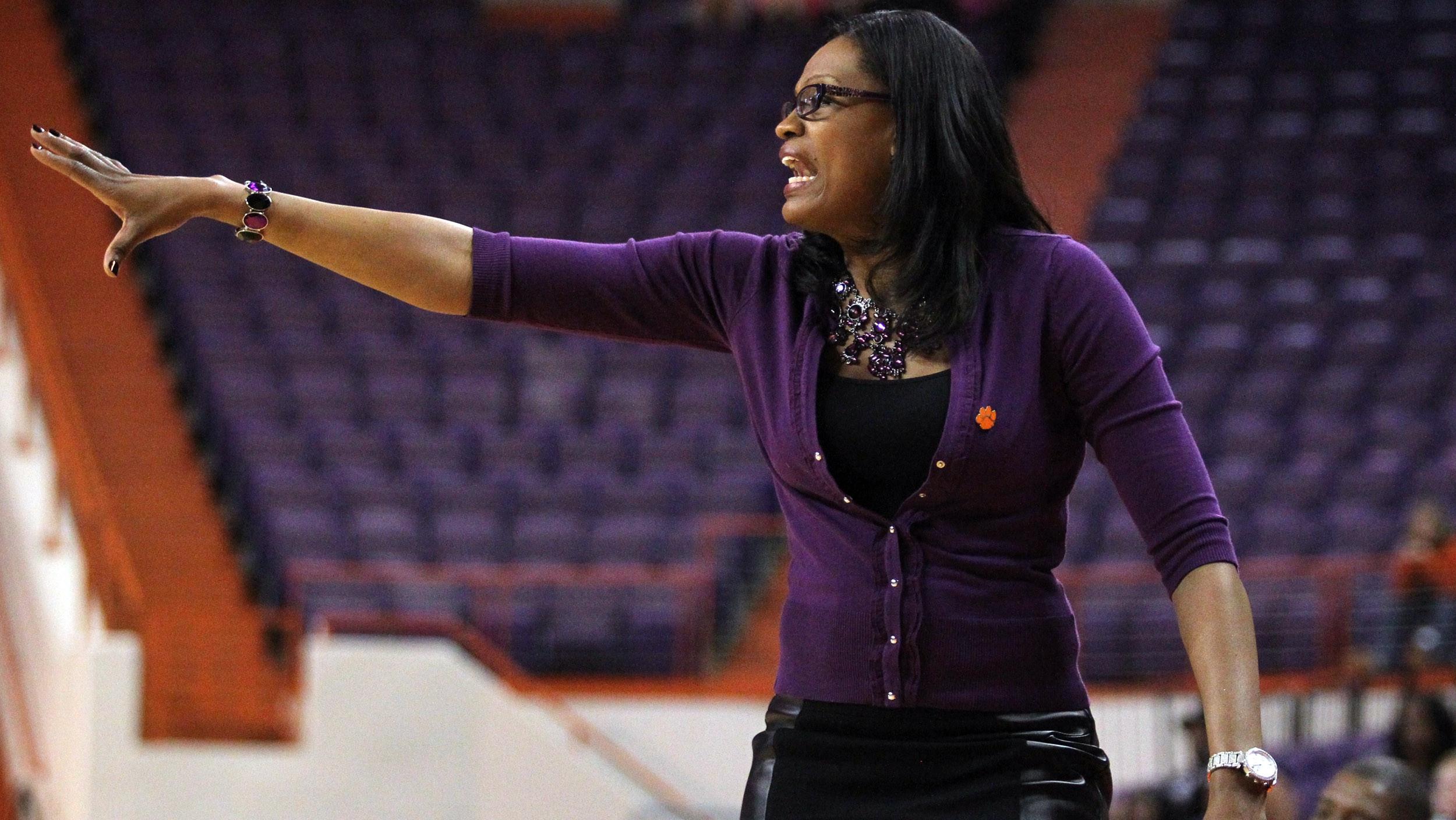 @ClemsonWBB Loses at No. 9 North Carolina on Thursday

Final Score: #9/9 UNC 78, Clemson 55 Records: CU: 9-9, 1-3 ACC; NC: 15-3, 3-1 ACC Clemson Leading Scorer: Nikki Dixon: 21 points Updated Series Record (trend): NC, 53-27 (L3) Next Game: Clemson v. Wake Forest; Jan. 20, 2014; 7 p.m.; Clemson, SC CHAPEL HILL, NC – The Clemson women’s basketball team fell to No. 9/9 North Carolina (15-3, 3-1 ACC) 78-55 at Carmichael Arena on Thursday night. Nikki Dixon scored 21 points to lead Clemson (9-9, 1-3 ACC), which was denied a second consecutive win on the Tar Heels’ home floor.  Clemson jumped out to a 13-2 lead over the first five minutes of the contest before the high-octane North Carolina offense struck back with a 18-3 run after Dixon was forced to the bench with her second personal foul.  The Tar Heels went into halftime with a 38-26 lead, and opened the second half with a 20-6 run over the first six minutes. to stretch the lead to 58-32.  For Dixon, it continued her strong scoring run, as she now has 20 or more points in five of the last six games. She entered the game as the reigning ACC Player of the Week after averaging 27.5 points and 7.5 rebounds in two games last week. On Thursday, she was out-dueled by longtime friend Diamond DeShields, who had 24 points for the Tar Heels.  Charmaine Tay had eight of her 10 points in the first half, and was the only other Tigers to score in double-figures. Sade Chatman added eight points, just one off her career high, and Jordan Gaillard had six points on 2-2 shooting behind the arc.  The Tigers will play at home on Monday night against Wake Forest in a contest televised on RSN. Tip is schedule for 7:05 pm at Littlejohn Coliseum.  Player of the Game: Nikki Dixon – Dixon scored 20 or more points for the fifth time in the last six games, had two steals, and took two charges and a block Stat of the Game: 17 – North Carolina scored 17 points on the fast break, a season-high by a Clemson opponent this season. Individual Notes:

Head Coach Audra Smith Quotes: “First and foremost, North Carolina is a very talented and well-balanced team from the inside-out. For us, I felt like we started off the game playing well, staying within the gameplan, attacking the basket and making shots. I felt like when North Carolina started to make their run and come back, we folded a little bit, and took a step back, instead of doing the things that got us the lead. Being down just 12 at half, I felt that we still had a lot of life and opportunity, but we took some ill-advised shots and turned the ball over, and they turned those into made shots at the other game in transition, and there-in lies the game.”