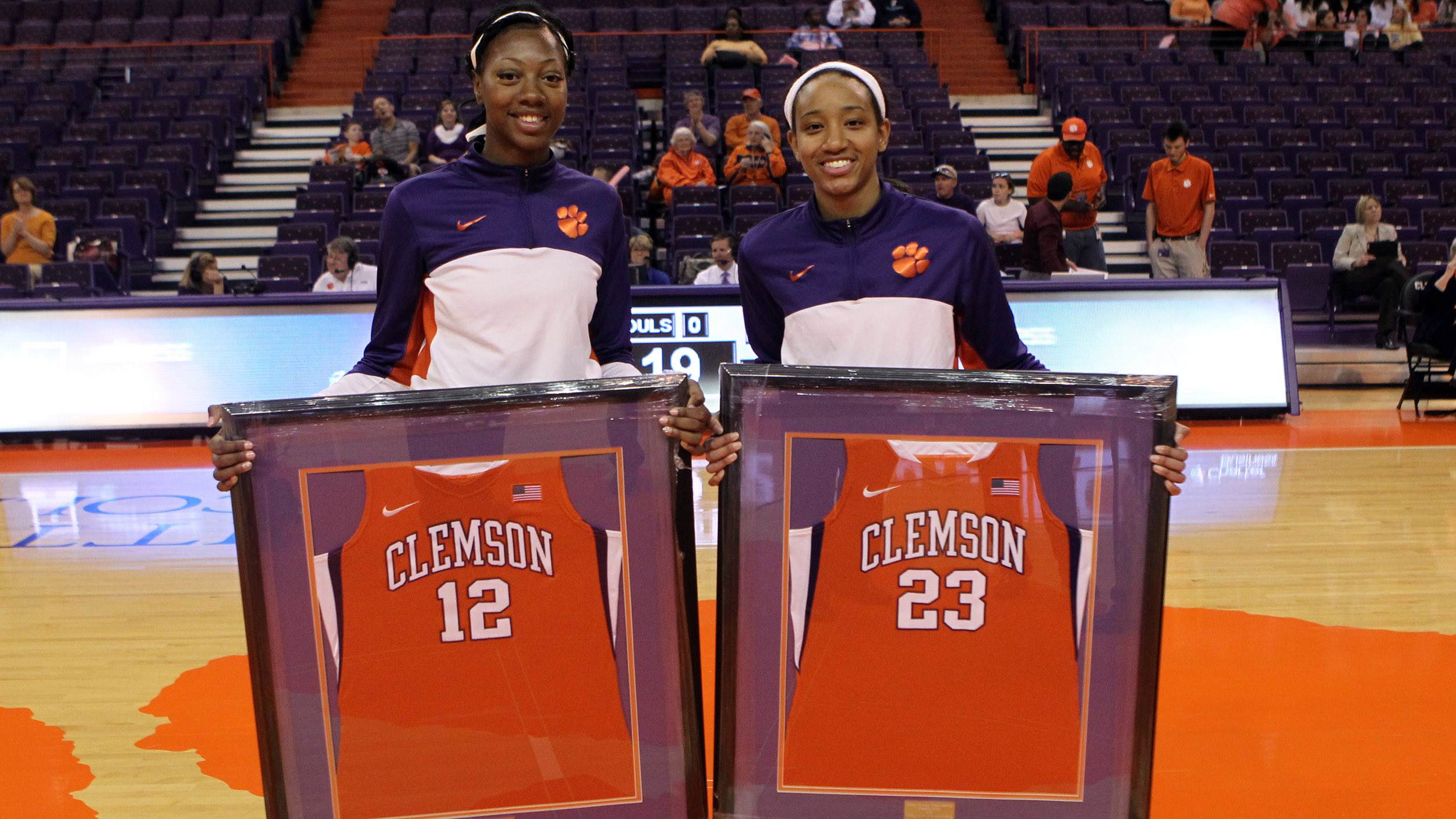 Final Score: Florida State 59, Clemson 43 Records: CU: 12-17, 4-11; FSU: 18-9, 6-8 Leading Scorer: Quinyotta Pettaway, 14 Updated Series Record (trend): Clemson 24-22 (L10) Next Game: Clemson at Virginia Tech; Thursday, 7 p.m.; Blacksburg, VA CLEMSON, SC – The Clemson women’s basketball team fell in its home finale Sunday afternoon to Florida State (18-9, 6-8 ACC) in Littlejohn Coliseum, 59-43. The Tigers dropped to 12-17, 4-11 in ACC play, with one game left to play Thursday night at Virginia Tech. It was the Tigers’ 10th straight defeat at the hands of the Seminoles. The big difference in the game was the vast rebounding differential, as Florida State garnered 56 boards to Clemson’s 25, the largest opponent rebounding margin in Clemson history. FSU scooped up 30 offensive boards in the contest, also an opponent record.  Quinyotta Pettaway was the leading rebounder for Clemson, grabbing nine boards to give her 657 in her career. She also led all Tigers scorers with 14 as she and fellow senior Chancie Dunn were honored in a Senior Day ceremony before the game.  Pettaway also added two blocks in the game. Clemson couldn’t take advantage of an afternoon when Florida State missed 11 of 14 three point attempts and one in which the Tigers shot .350 in the first half to the Seminoles’ .286. The Tigers were outscored 30-18 in the paint and 25-14 when it came to second chance points.  Down by only eight at the end of the first half, the Seminoles quickly went on a 16-8 run to start the second half. The Tigers responded with a 10-5 run of their own, and after being down by as many as 16, to cut the lead to nine, but couldn’t keep that momentum down the stretch. Kelly Gramlich was also in double digits for the Tigers, her 11th time doing so this season, as she scored 11 points, nine from beyond the arc. Chelsea Lindsay, who tied with Nikki Dixon for the team lead in assists with four, got into early foul trouble resulting in her playing only 28 minutes in the game. The Tigers will travel to Blacksburg, Virginia to take on the Virginia Tech Hokies in their final game of this season this Thursday night before heading to the ACC Tournament on Mar. 5.  Player of the Game: Quinyotta Pettaway – The senior post player had 14 points, 9 rebounds, and 2 blocked shots Stat of the Game: +30 – Florida State set an opponent record with 30 offensive rebounds in the game, converting them for 25 2nd chance points.  Team Notes

Head Coach Audra Smith Quotes “I promise you we practice free throws everyday.  Think about the number of missed layups we had.  We were right there and had so many opportunities and we just couldn’t get it done.  There was a situation we would cut it to 8 and then we give up a three-pointer.  It’s just frustrating.  We can see where we can make progress, we can see where we can get better, but you know we keep playing.  We’re just going to keep working and keep playing.”