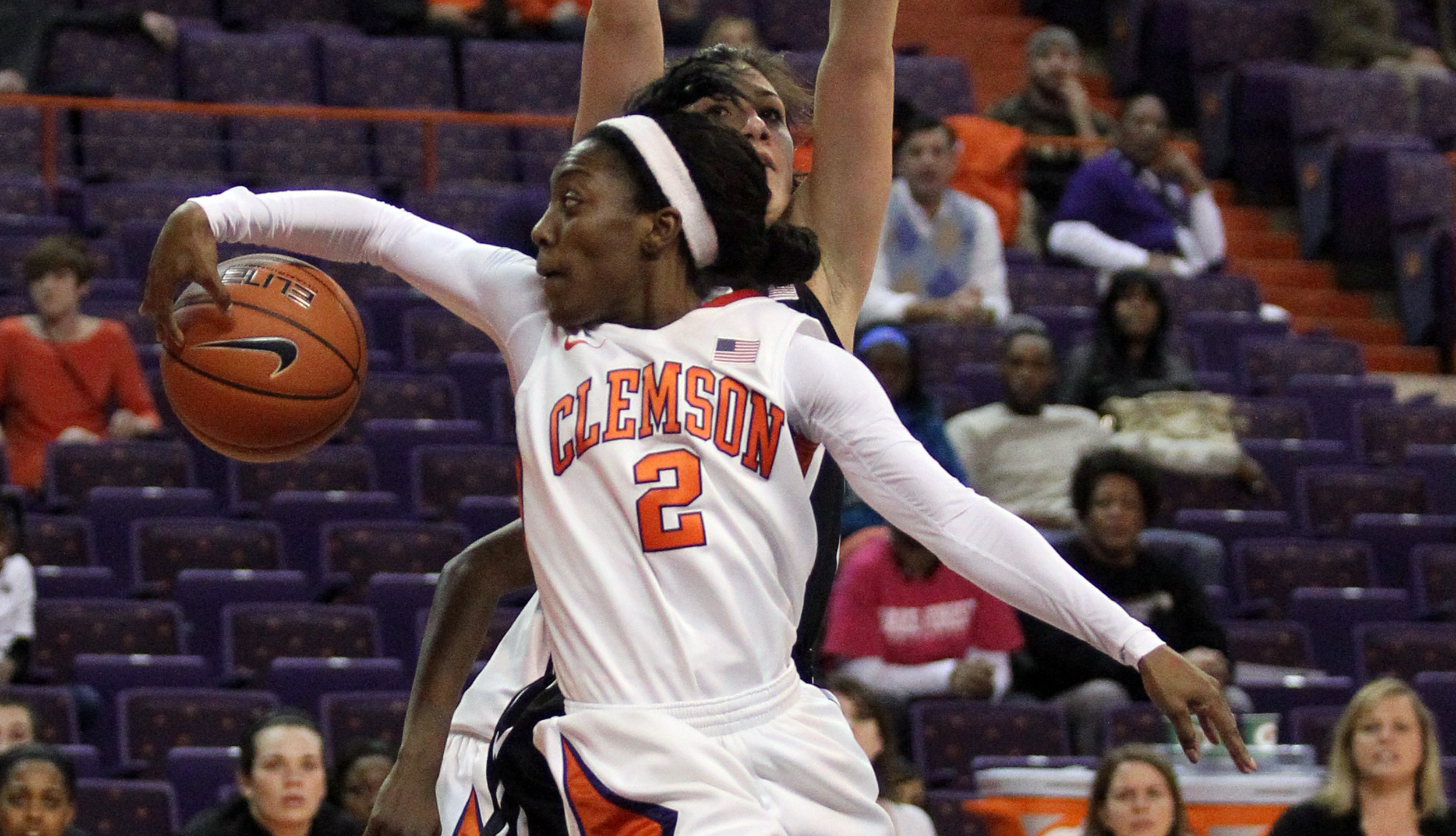 Game Information: Who: CLEMSON TIGERS (9-11, 1-5 ACC) vs. MIAMI HURRICANES (11-8, 3-3 ACC) When: Sunday, Jan. 26 at 2 pm Where: Littlejohn Coliseum in Clemson, SC Watch: ESPN3 (Roy Philpott, Ralph Patterson Listen: WCCP 104.9 FM (Roy Philpott, Dory Kidd) and Clemson Tigers Official App Next Game: Clemson at Georgia Tech (Atlanta, GA); Thu., Jan. 30, 7 pm CLEMSON, SC – The Clemson women’s basketball team will play its third league game this week when they take on Miami (11-8, 3-3 ACC) in Littlejohn Coliseum at 2 p.m. on Sunday. The Tigers (9-11, 1-5 ACC) also played at home against Wake Forest on Monday, and on the road at Syracuse on Thursday, an 84-75 loss. Clemson was forced to stay in New York an extra day after weather concerns grounded their flight after the game.   The contest will be broadcast on the Clemson Tiger Sports Network on the radio as well as streamed online courtesy of ESPN3. In-game updates are available on the program’s official Twitter and Instagram accounts. The game is marked as Youth Night, and all fans 12 years of age and younger will receive free admission.  Clemson holds a 5-7 record in the series, but has dropped four in a row to the Hurricanes.  Nikki Dixon enters the contest averaging 13.7 points per game overall, and is fourth in the league with a 20.2 ppg average in ACC games. The junior wing needs just 23 points to become the 23rd player in school history with 1,000 points. Sophomore Nyilah Jamison-Myers has scored in double-figures in two straight games as well.  Notes (In 140 Characters or Less):