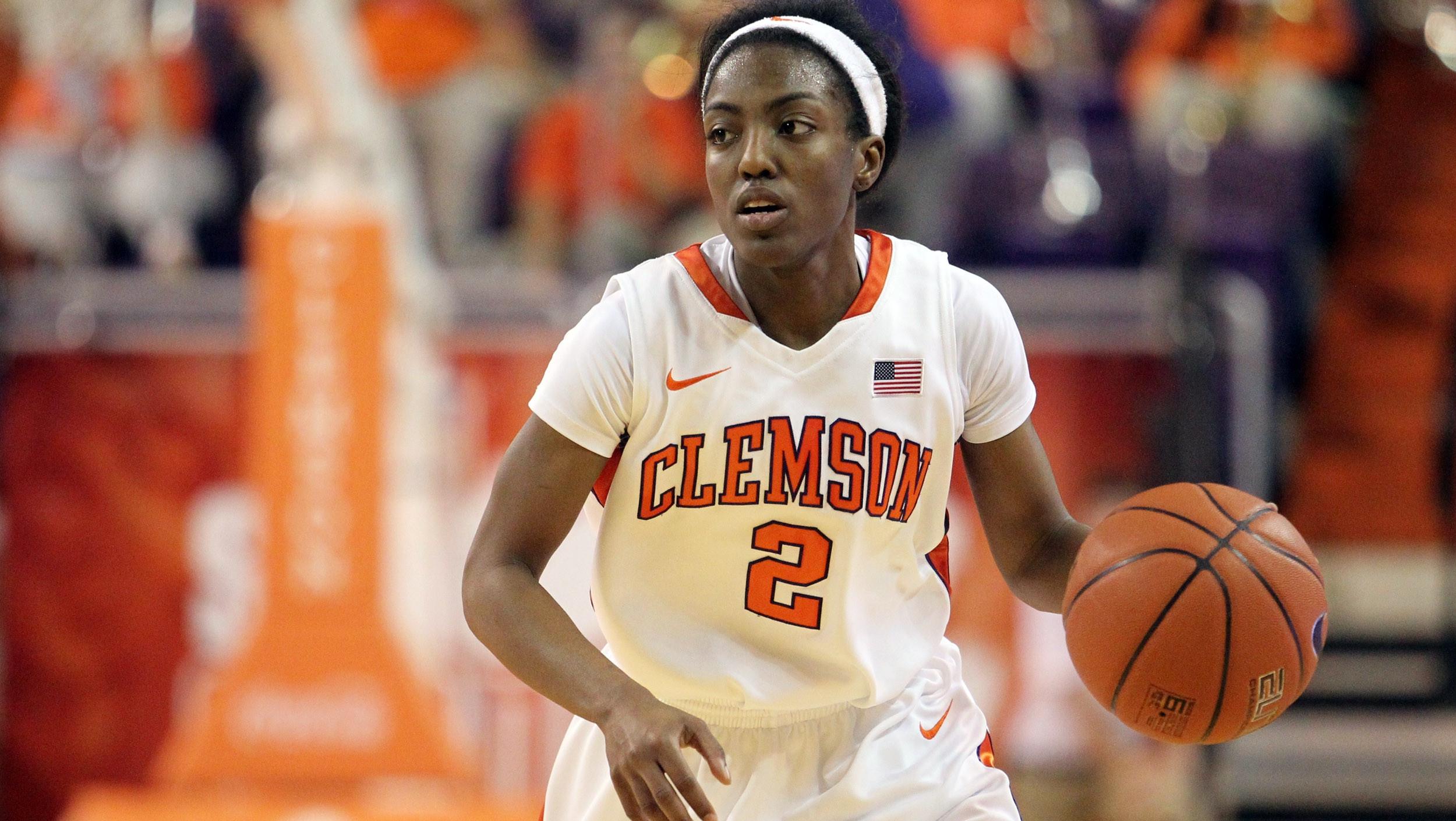 Final Score: Clemson 84, NJIT 37 Records: CU: 8-6, NJIT: 4-13 Leading Scorer: Nikki Dixon (CU): 24 points Updated Series Record (trend): CU, 1-0 (W1) Next Game: Clemson at #2 Notre Dame; Jan. 5, 2014; 2 p.m. NEWARK, NJ – The Clemson women’s basketball team closed non-conference play with a complete effort, routing NJIT, 84-37, at the Fleisher Athletic Center in Newark on Thursday night. Clemson (8-6) registered its fifth-largest margin of victory in a road game in school history, and finished nonconference play with a winning record for the first time since 2009-10.  The Tigers forced 26 Highlander (4-13) turnovers on a season-high 12 steals, and converted them to the tune of 31 points.  Point guard Chelsea Lindsay had a career-night in her all-around game, as she finished with 11 points, eight assists, five steals, and no turnovers in 35 minutes. Junior Nikki Dixon had a game-high 24 points on 10-13 shooting, but went just 4-11 from the line. Six of Dixon’s ten field goals (which were a career and team season high) drew fouls.  Kelly Gramlich responded from a tough outing against Middle Tennessee to score 14 points on 5-9 from the floor, including 4-8 from behind the arc.  Clemson led, 43-17 at the break and led by double-digits for the final 29:50 of game time.  The Tigers open conference play on Sunday at 2 p.m. at No. 2 Notre Dame.  Player of the Game: Chelsea Lindsay – The junior guard had 11 points, 8 assists, 5 steals, and no turnovers in 35 minutes Stat of the Game: 47 – Clemson’s 47-point margin of victory is tied for the 5th-largest ever on the road, and biggerst road win since Dec. 6, 1995, a 77-30 win at Furman. Individual Notes:

Head Coach Audra Smith Quotes: “The best way to get over a big loss is with a big win, and I’m very pleased with how we responded. In all the film we saw, we didn’t see anyone pressure them (NJIT) full-court, but I felt like we could jump on them early with some pressure and score in transition. I can’t say enough about Nikki Dixon – she’s really getting it going. We told her that all she needs to do is run and she’ll get baskets, and she started to do that and attack the rim in transition. We’re happy to see Jordan make some shots and some good post-ups. This team had been playing well. In their last game, they were up 18 on VCU at one point. I told them that they cannot look at their record and take them for granted. We did a good job of defending the three-point line and defending the shots they wanted to take.