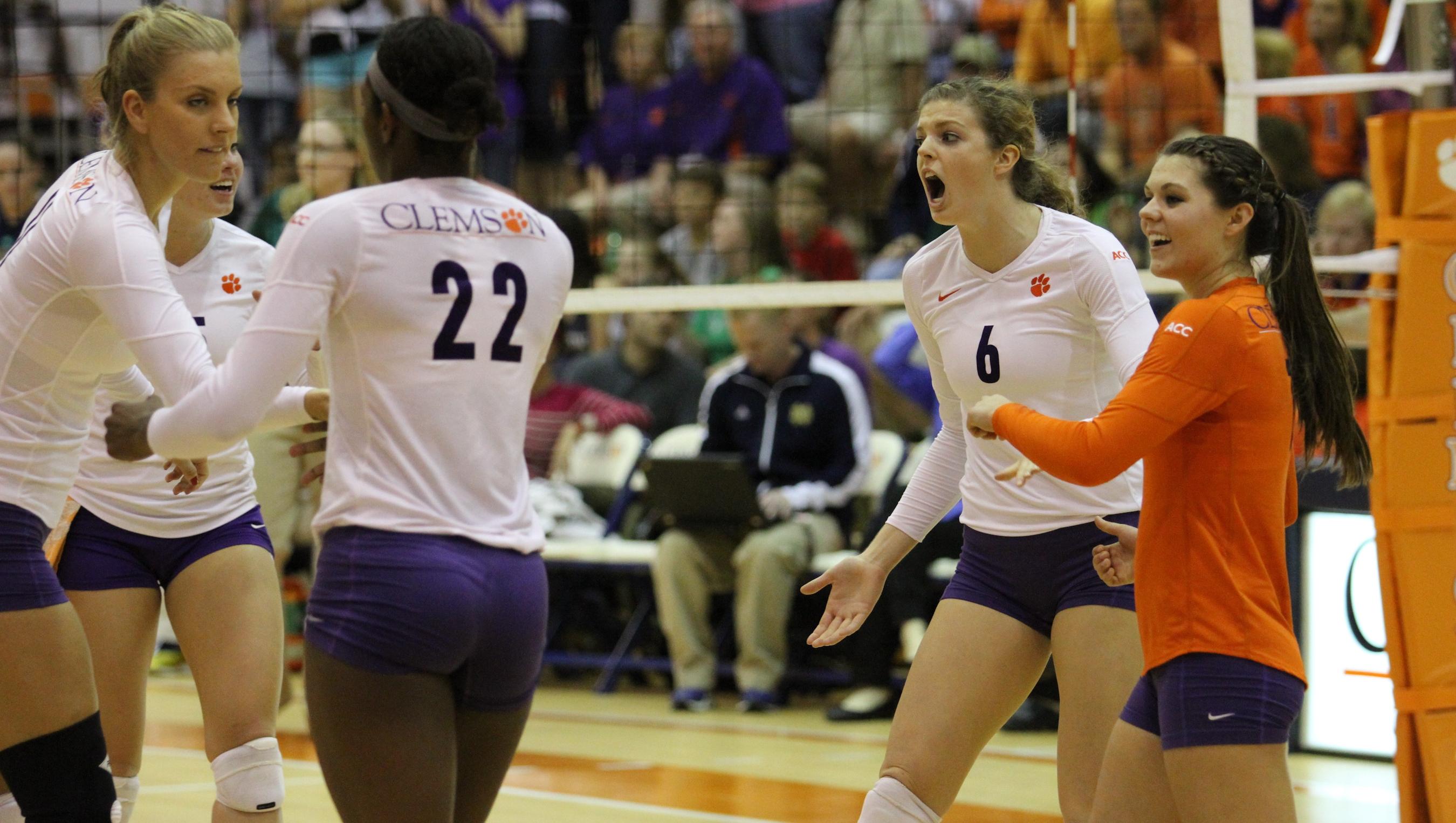 Thursday’s matchup with NC State can been seen on ESPN3.com while Friday’s game against North Carolina will be available on GoHeels.com for a fee. The Tigers hold a 38-20 advantage in the all-time series with the Wolfpack despite having lost three straight. Clemson is 16-55 all-time against the Tar Heels and looks to stop a six-game skid against the ACC foe.

Leah Perri was named ACC Freshman-of-the-Week as she recorded 28 kills and hit .303 in two matches against Virginia Tech and Virginia last week. Perri leads the team hitting percentage with a .289 mark and is second on the team in kills (219), kills per set (2.35) and points (250.0).