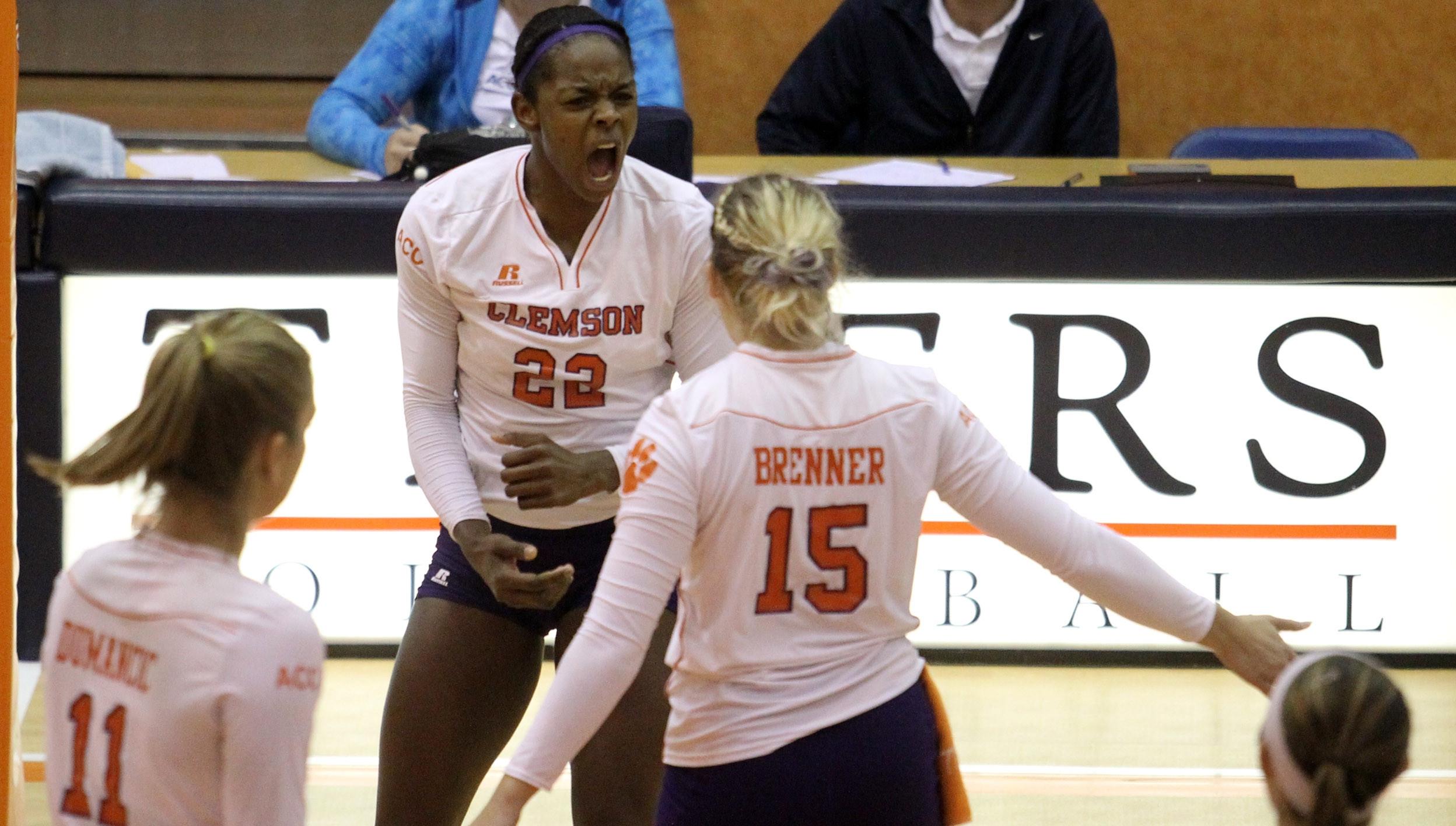 CLEMSON, SC – The Clemson volleyball team will travel to Reynolds Gym in Winston-Salem, NC to play Wake Forest on Sunday at 1 p.m. The match will be broadcast live on WakeForestSports.com for a fee as Clemson (12-14, 6-9 ACC) goes for the season sweep against the Demon Deacons (15-12, 4-11 ACC).  The Tigers are 30-12 all-time against Wake Forest, which includes a big comeback victory in five sets for Clemson earlier this season in Jervey. Clemson came back from a 2-0 deficit and won a match for the first time since 2009,  The Tigers tallied 16.0 blocks, including seven in the deciding fifth set, and held the Demon Deacons to only ten kills over the final two sets.  They were also able to side out on 17 of 20 Wake Forest serves in the final two sets. Mo Simmons became just the seventh player in school history to record at least 1,000 kills and 1,000 digs in a career after her 10 kill, 11 dig performance at Georgia Tech on Thursday. She currently has registered 1302 kills and 1009 digs thus far. Simmons leads the ACC and ranks eighth nationally at 4.57 kills per set. She is approaching the Clemson single-season top-ten in kills, kills per set, and attempts in a single season.  Setter Hannah Brenner moved into 5th on Clemson’s career assists, passing Jerry Yurkanin. Brenner now stands at 3,701 assists in her career, and needs just 22 to pass former Wake Forest Head Coach Heather Kahl for fourth in Clemson history.  Notes (in 140 characters or less):