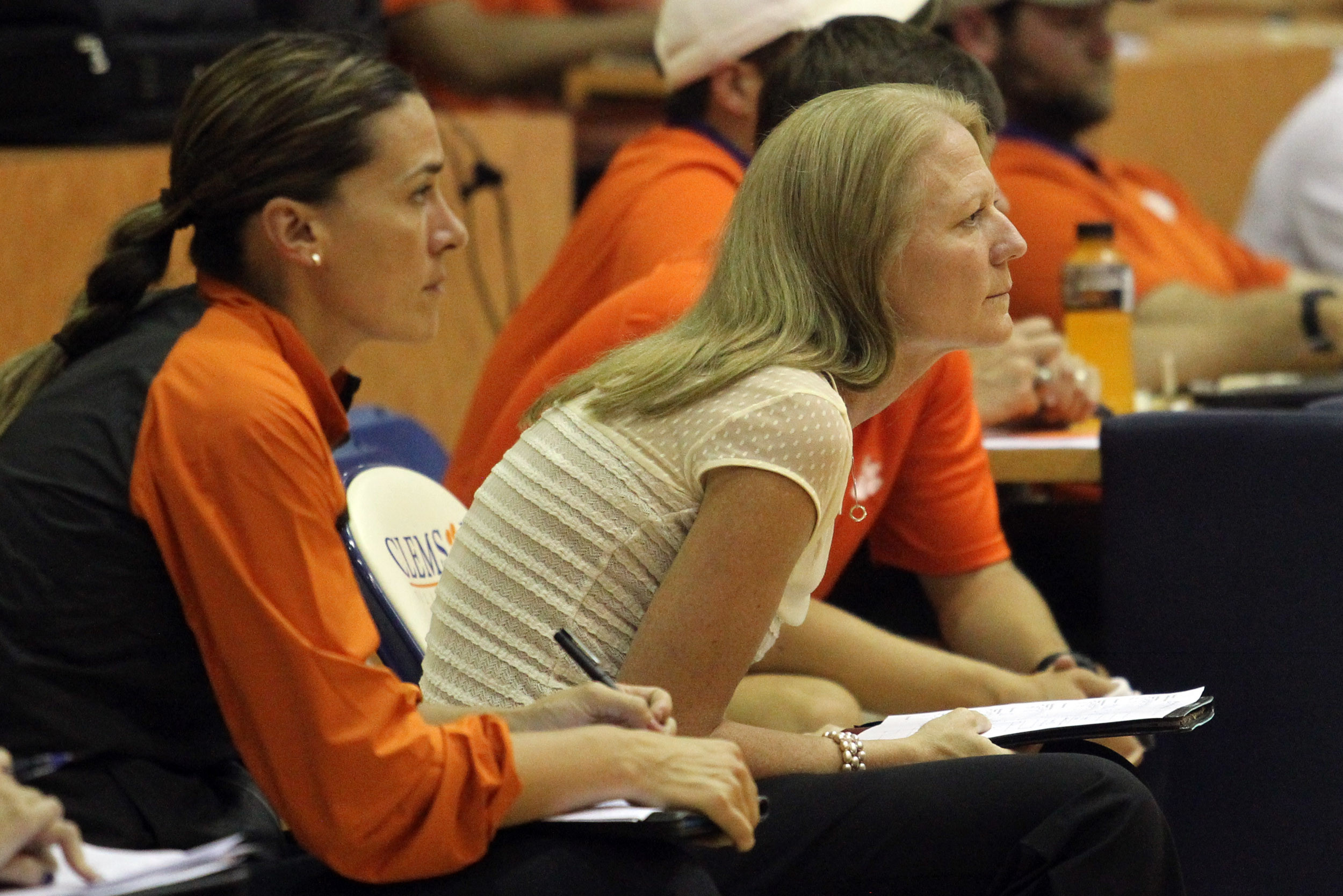 CLEMSON, SC – Head volleyball coach Jolene Jordan Hoover announced the signing of Katelyn Federico and Gabrielle “Gabby” Blados to National Letters of Intent on Wednesday. Blados is a middle from Liberty Township, OH, and Federico is a setter from Plainfield, IL.  Blados was listed as a PrepVolleyball.com Senior Ace, as well as a member of the Under Armour All-America Watchlist. She set a school record with 33 kills in a match this season as well. Her father, Brian Blados, was a standout football player at North Carolina. “Gabby has mostly played middle and has spent some time on the right side as well,” said Hoover. “We are excited that she will be in the program and have an opportunity to work with our two returning senior middles and feel that she will grow very quickly in that environment. She has a big jump and a strong presence at the net.” Federico tallied 1,090 assists, 183 digs, 116 kills, and 68 aces in her senior season at Plainfield North High School, earning her Herald News Player of the Year honors. She is a two-time conference MVP and a Chicago Sun Times All-Area choice. Federico’s late mother, Christine, was a teammate of Hoover’s at Illinois State, where both are now enshrined in the school’s Athletic Hall of Fame. Federico’s father, Creig, played football at Illinois State, and spent some time in the NFL and Arena Football League.  “Kate comes from the very highly regarded Sports Performance club program. Kate has a solid skill set. She is an extremely consistent setter, but has also been on teams where she has been able to hit as well as set. Her Mother was one of my college teammates, and I see so much of her in Kate. I feel very fortunate to be able to have her in our program and to be able to work with her.” Kate Federico 5’10” | S | Plainfield, IL (Plainfield North HS)