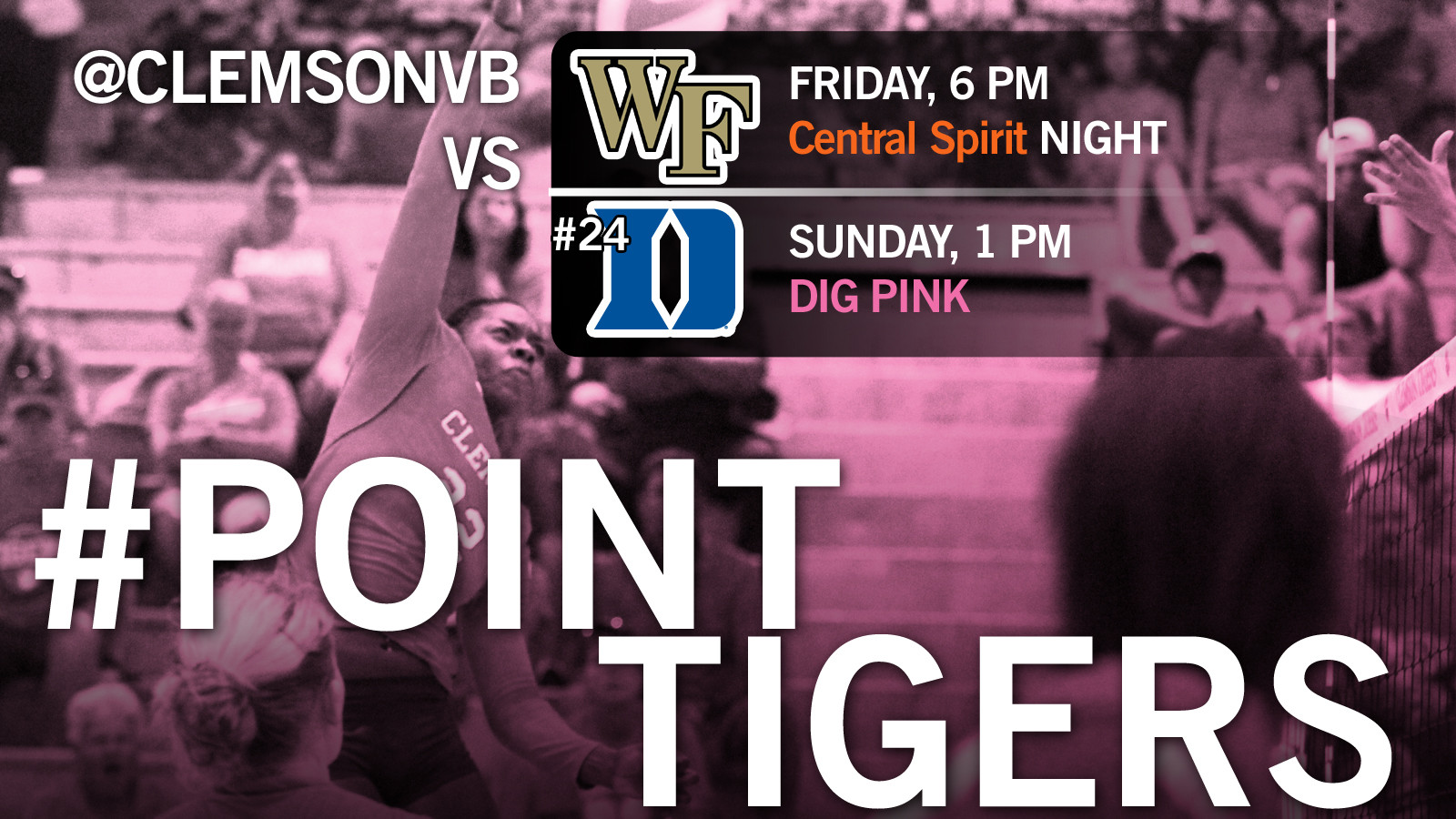 CLEMSON, SC – The Clemson volleyball team will play host to Wake Forest (12-6, 1-5 ACC) on Friday at 6:00 pm and No. 24 Duke (14-3, 5-1 ACC) on Sunday at 1:00 pm. Clemson (9-8, 3-3 ACC) is coming off two wins last week against Georgia Tech and Notre Dame, and looks to take that momentum into the two key matches this week.  Sunday’s match against Duke has been designated the “Dig Pink” match, and all proceeds will benefit the Side Out Foundation for Breast Cancer Awareness. At the Sunday match, the team will hold an auction featuring volleyball apparel, and coach-autographed football and soccer items.   To donate, visit https://www.side-out.org/cb/campaigns/campaign/6844. Clemson has won four in a row over Wake Forest in the series and three in a row against Duke, who enters as winners of ten of their last 11 matches.  The Tigers have played well of late, and have the reigning ACC Player and Freshman of the Week in Mo Simmons and Leah Perri. Simmons averaged 6.33 kills and 4.5 digs per set last week, while Perri had 20 kills without an error in Clemson’s two wins.  Notes (in 140 characters or less):