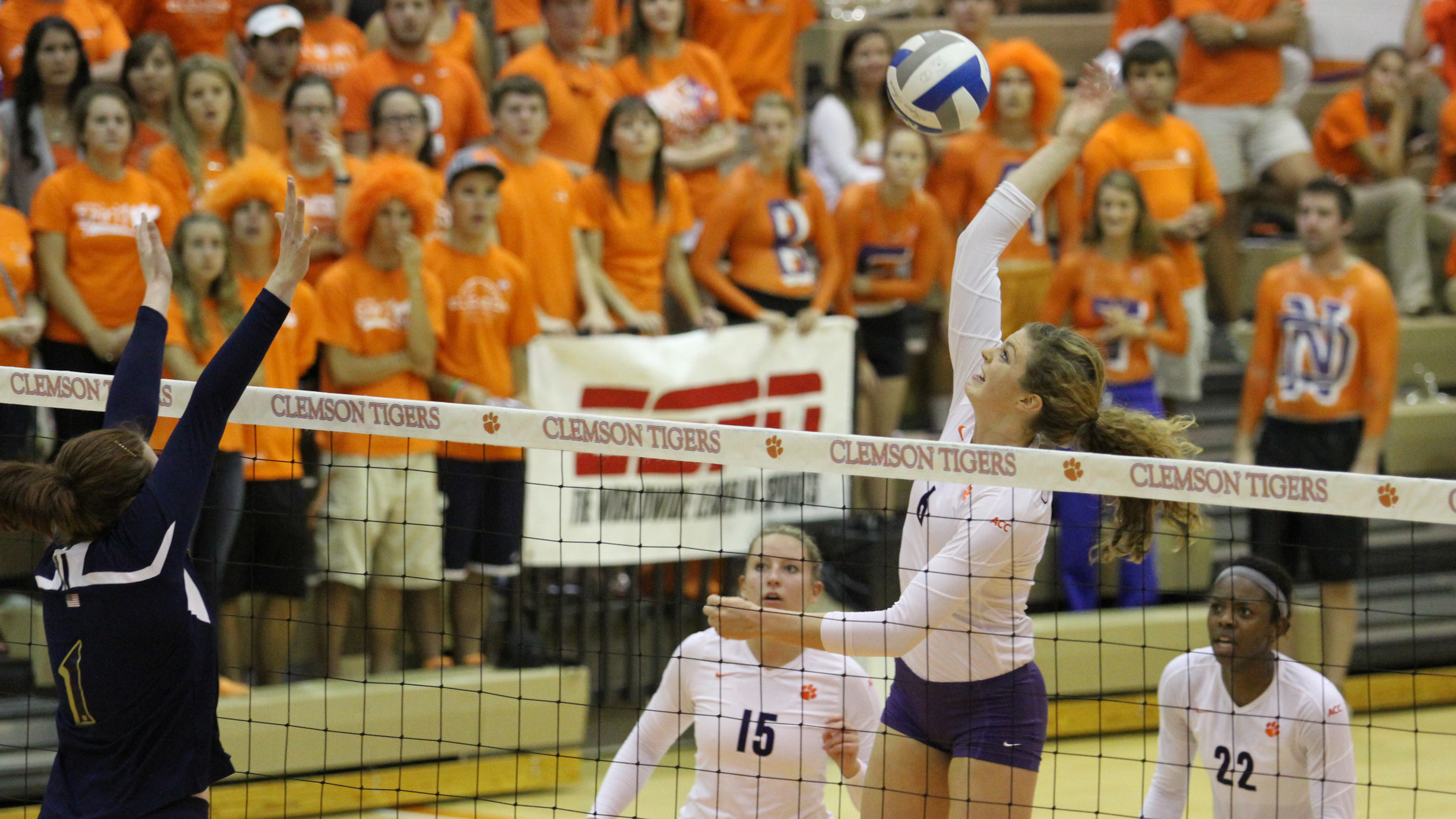 “I am very proud of the team,” said Clemson Head Coach Jolene Jordan Hoover. “We were able to get an ACC road win after dropping one to Georgia Tech on Thursday so this was a good win for us. I am very proud of our team for not only the win but for keeping our composure and patience so that we could get an opportunity to close it out.”

Brenner also moved in to fourth place in Clemson history in career assists with 3,751. She passed Heather Kahl, who was the head coach at Wake Forest from 2005-2012.

Freshman Leah Perri had a career-high 20 kills and hit .390 for the match. It is the second time this season that Perri has led the Tigers in kills and just the fourth time this season someone besides Mo Simmons led Clemson in kills.

With the win, Clemson improved to 5-1 when leading after two sets and 5-3 in five-set matches. The match featured 39 tie scores and 13 lead changes between the two teams.

Wake Forest was led by Kristin Grissom with a match-high 30 kills, tied for the most by opposing player this season. Kylie Hargreaves added 15 kills and 16 digs and Anna Carley added 12 kills and 10 digs. Megan Miller recorded a match-high 20 digs.

In the deciding fifth set, the Tigers never trailed after jumping out to a 5-1 lead. Clemson wrapped up the match with a 3-0 run capped off by a block from Watson and Brenner to clinch the final point.

The match concluded a stretch of four straight road matches for the Tigers. They will return to action on next weekend when they host Syracuse and Boston College in the final two home matches of the season.