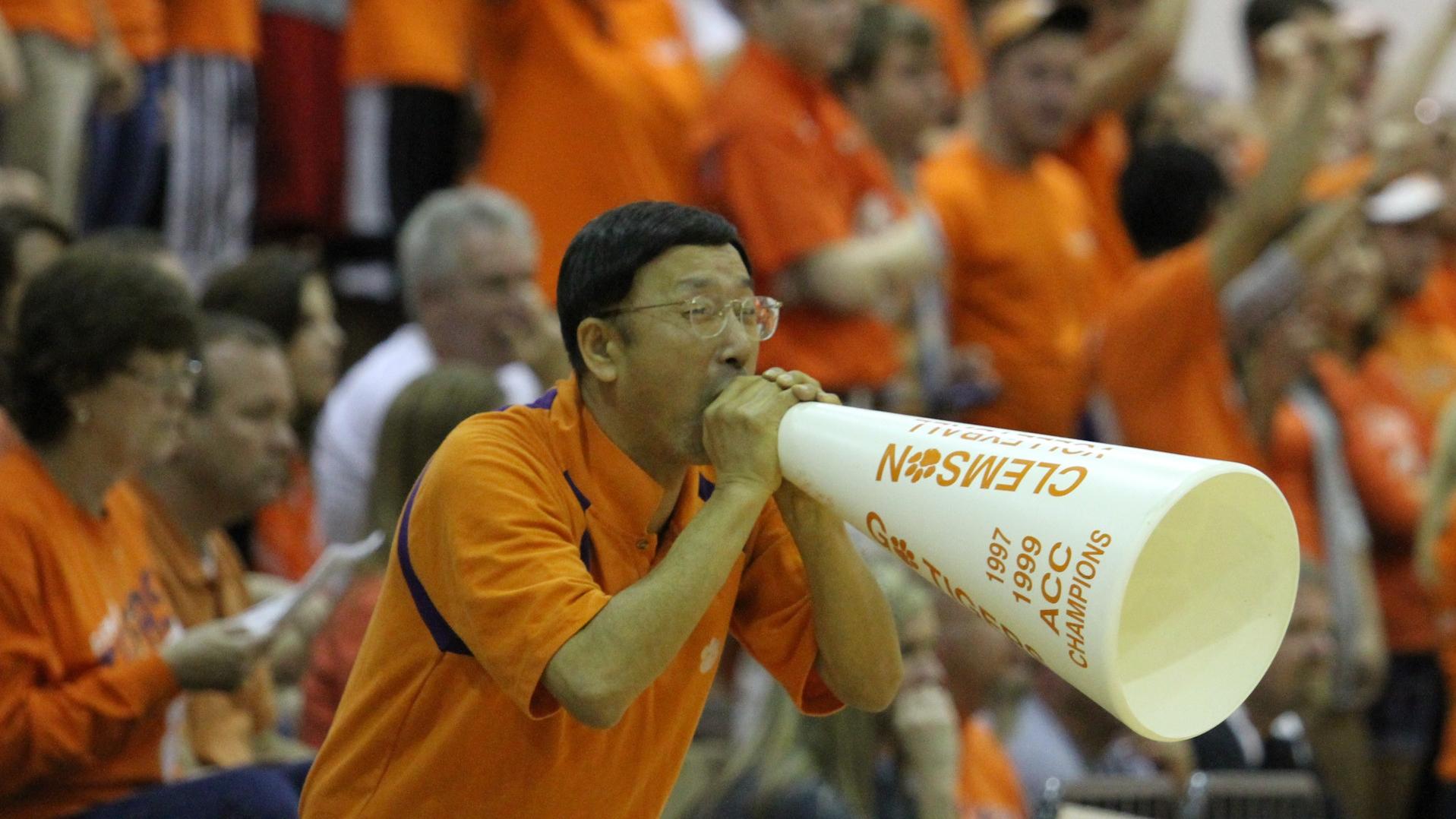 @ClemsonVB Falls to No. 24 Duke in Four on Sunday

CLEMSON, SC – The Clemson volleyball team lost to No. 24 Duke, 3-1 (21-25, 25-14, 25-18, 25-21), on Sunday afternoon in Jervey Gym. Clemson (10-9, 4-4 ACC) had both a three-match ACC winning streak and a three-match streak over the Blue Devils (16-3, 6-1 ACC) snapped in the Dig Pink contest.  Clemson hung with the Blue Devils throughout the match, as there were 19 ties and 11 lead changes overall, including six in the final set. However, Duke’s aggressive serving kept the Tigers off-balance throughout, as they had at least one ace in every set and eight overall.  Mo Simmons led all players with 18 kills, just below her ACC-leading season average of 4.64 kills per set. She also added 10 digs, her eighth straight double-double, all in ACC play.  The Tigers came out aggressively in the first set and had the offense firing, putting down 17 kills and a .342 hitting percentage. Beta Dumancic was the prime target, as she connected for seven kills on 12 swings. Simmons also added four kills without an error, and Leah Perri and Kristin Faust also had three kills apiece.  Clemson raced out to an 11-3 lead early, but Duke fought back to take an 18-16 lead. With the Devils ahead, 19-17, back-to-back kills from Simons tied it up, and three more straight points gave Clemson a 22-19 lead. Clemson set up set-point after going to Perri, who again found the floor two place later to clinch the set.  Perri, the reigning ACC Freshman of the Week, tallied eight kills on the afternoon. Dumancic had nine kills overall, including her blistering start. It tied her ACC season-high, as did her 12.0 points. Dumancic had five blocks in the match, including her 100th of the season in her first year with the Tigers. She entered the match second in the ACC in blocking.  Set two was all Duke, taking a 12-6 lead. The Tigers never got closer than five the rest of the way as the Blue Devils had five of their 14.0 blocks in the set. Clemson managed just 16 total kills and hit .040  over sets two and three after putting down 17 kills and a .346 hitting mark in the first set.  Clemson took an 11-7 lead in the fourth set as they tried to force a fifth. However, out of a timeout, Duke score eight of the next nine to take a 15-12 lead. Clemson also pushed back behind Simmons, grabbing a 16-15 lead. After being tied at  16-16, 17-17, and 18-18, Duke finally pushed ahead for a 21-18 lead that they would not relinquish, winning 25-21.  Clemson will travel to Boston College and Syracuse on Oct. 25 and 27, respectively, and will play six of the next eight and eight of the final 12 matches on the road.