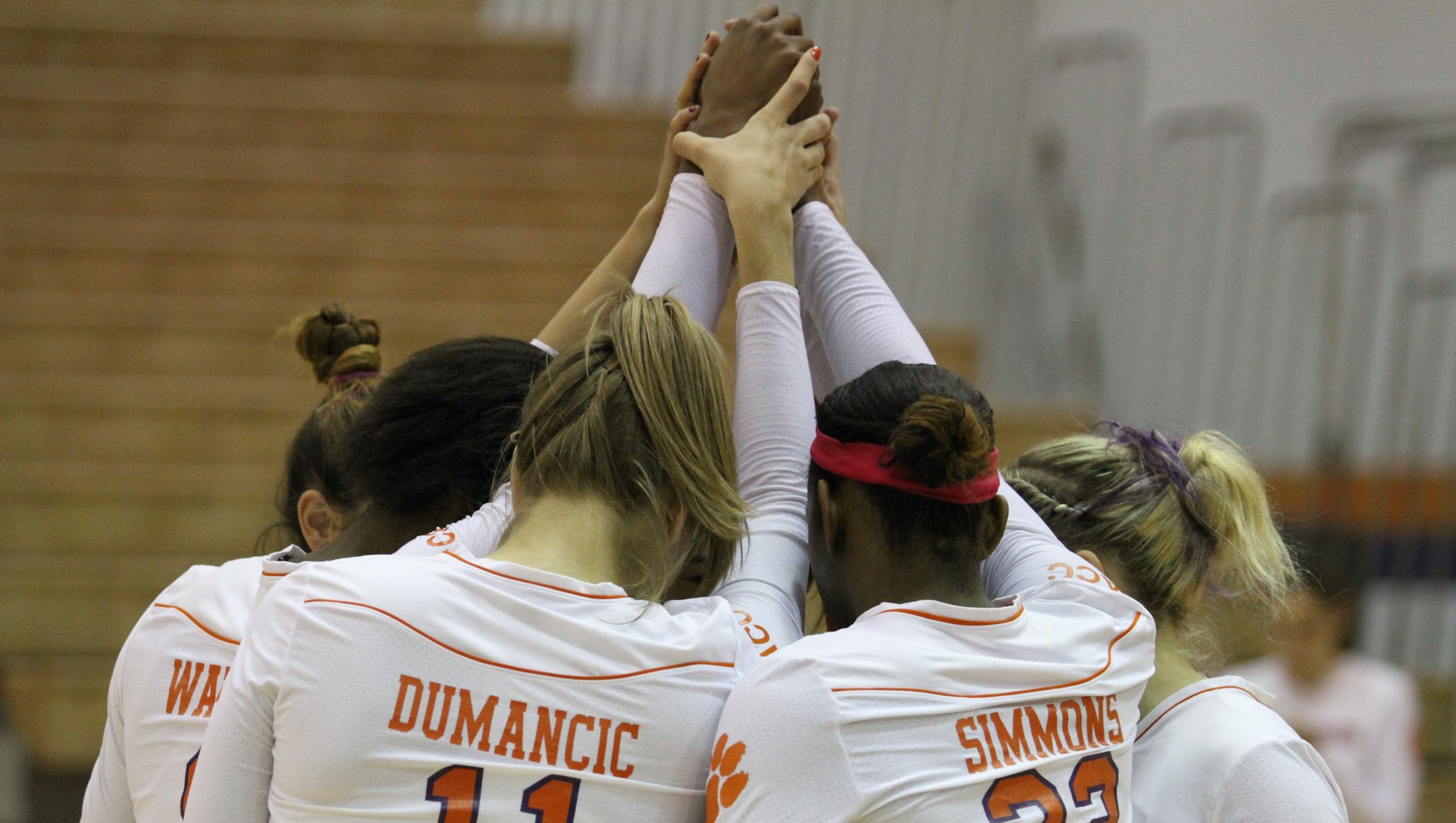 @ClemsonVB Falls in Three to NC State on Thursday

RALEIGH, NC – The Clemson volleyball team fell to NC State in three sets on Thursday in Reynolds Coliseum in Raleigh, NC. NC State (18-7, 9-4 ACC) took the match, 3-0, with set scores of 25-20, 25-15 and 25-18 over the Tigers (12-12, 6-7 ACC). Mo Simmons led the Tigers with 15 kills and nine digs in the match. She has now recorded double-figure kills in 21 straight matches. Simmons also had 40 attempts in the match to move in to ninth place in Clemson history in that category with 3,551.  Kristin Faust added 13 kills while Irem Bayramoglu led the team with 11 digs in the match. Beta Dumancic hit .545 with seven kills in 11 attempts and just one error. As a team, the Tigers hit just .205 for the match and tied a season low with 2.0 blocks. The Tigers fell for the fourth straight time to NC State dating back to 2011. The Wolfpack used a 10.0-2.0 blocking advantage and had five aces with no service errors. Conversely, Clemson had one ace to four errors.  There were 25 ties and seven lead changes in the match, but the Tigers struggled to find consistent footing offensively throughout the match.  The Tigers held their own in set one getting out to an early 8-7 lead. While the two traded points for much of the set, NC State slowly took control before winning 25-20. The Wolfpack hit .356 for the set while Clemson managed a .279 hitting percentage. In set two, the two traded points to a 10-10 tie early on. NC State then went on a 4-0 run to take a 14-10 lead. Then, with a 17-13 advantage, NC State rattled off seven straight points to take a 24-13 margin before taking the set 25-15. The Tigers look poised to rebound in set three, scoring six of seven points to go up 10-7 after trailing 6-3. NC State then went on a run of its own taking five of the next six points to go ahead 12-11. The Tigers battled but could not overcome the NC State offense, which scored five straight points to close out the set and the match.  NC State hit .333 as a team for the match, the highest hitting percentage by an opposing team against the Tigers this season. They were paced by Dariyan Hopper with 15 kills and a .419 hitting percentage. Nikki Glass contributed 11 kills and eight digs in addition to 14 kills and a .500 hitting percentage from Rachel Buckley. The Tigers will return to action on Friday when they take on North Carolina at 8:00 PM in Chapel Hill, NC.