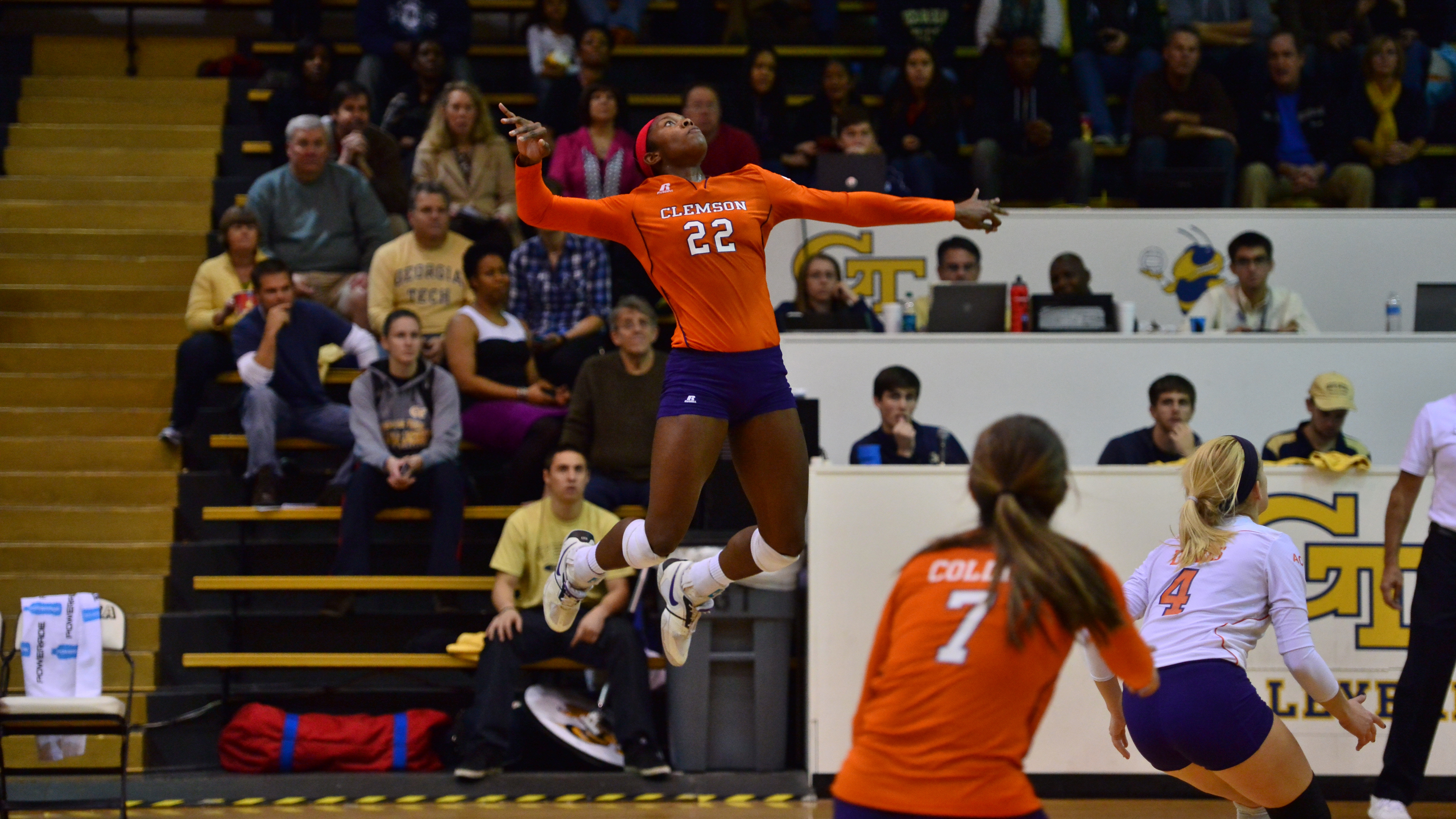 ATLANTA – The Clemson volleyball team fell to Georgia Tech in O’Keefe Gym in Atlanta, GA on Thursday night, 25-20, 13-25, 25-21, 26-24. The Tigers (12-14, 6-9 ACC) fell just short in their attempt to force a deciding fifth set against the Yellow Jackets (10-17, 4-11 ACC), who were able to salvage a season split.  The Tigers will turn around and play Wake Forest in Winston-Salem on Sunday at 1 pm.  Two Clemson seniors, Hannah Brenner and Mo Simmons, hit major career milestones in the loss.  With her second dig of the match, which came in the first set, Simmons became the seventh player in school history to amass at least 1000 kills and 1000 digs in a career. She now stands at 1,302 kills and 1,009 digs after posting ten kills and 11 digs against Georgia Tech, her 16th double-double of the season. In another career milestone, Brenner moved into fifth on Clemson’s all-time set assists list, passing Jenny Yurkanin who had 3,690 assists from 1987-90. Brenner, who needed 24 to pass, finished the match with 3,701 career helpers. She can move into fourth with 22 more assists as well.  Karis Watson had ten kills on 18 swings with just one error (.500), but no other Tiger had more than eight kills. Defensively, Niki Collier’s 17 digs led all players, while Beta Dumancic had nine total blocks, including three of the solo variety.  Georgia Tech’s Chanell Clark-Bibbs (16 kills) and Jennifer Percy (15 kills) led all players offensively.  Clemson actually outhit Georgia Tech, .160 to .140, and had more blocks (13.0 to 6.0), but Tech’s aggressive service kept the Tigers off-balance to the tune of eight aces. It was high-risk, high-reward for the Jackets, who also had nine service errors. On the other side, Clemson was able to register seven aces.  The Tigers fall to 37-25 in the all-time series, and were going for a third straight win in the series overall.