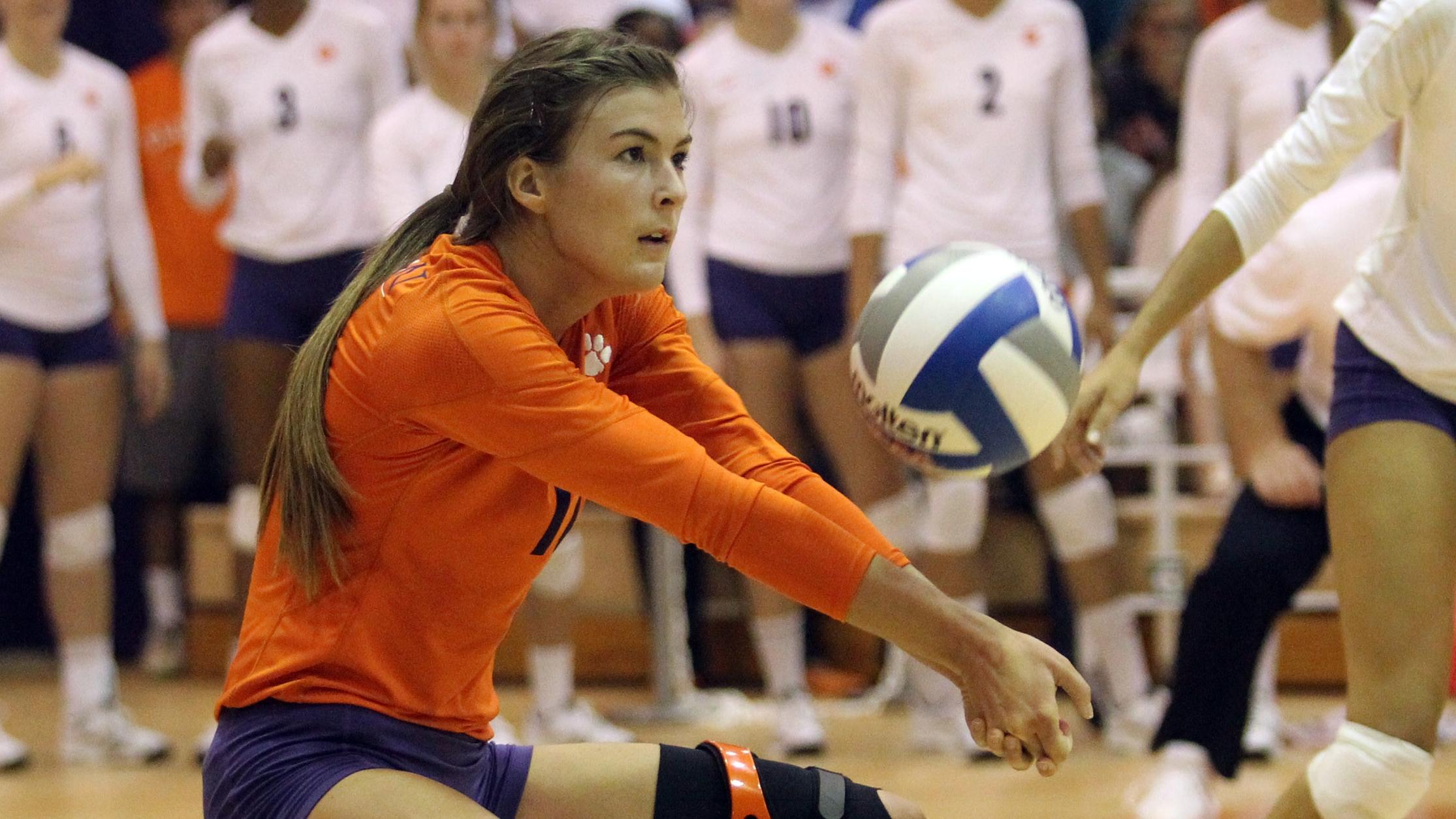 2014 Clemson Volleyball Spring Schedule Mar. 11: GEORGIA, 5 p.m. Apr. 1: at Furman, time TBA Apr. 12: PRESBYTERIAN COLLEGE, 10 a.m.; FURMAN, 1 p.m. CLEMSON, SC – Head Coach Jolene Hoover announced the volleyball program’s 2014 spring schedule, which has the Tigers playing four matches. Clemson will play three home matches in Jervey Gym, beginning with Georgia at 5 p.m. on Mar. 11. After a trip to Furman on Apr. 1, the Tigers will host both Presbyterian College (10 a.m.) and Furman (1 p.m.) on Apr. 12. All events in Jervey Gym are free to the public.  Clemson returns nine letterwinners from the 2013 squad, including four of the top-five in terms of kills. The Tigers are looking to replace senior First Team All-ACC selection Mo Simmons, who led the conference with a 4.46 kills/set average, as well as senior setter Hannah Brenner, who finished fourth in school history in assists.  Key returners include ACC All-freshman and All-Academic selection Leah Perri, who was second behind Simmons with 302 kills in her freshman season. Kristin Faust, who split time between libero and hitter is also back, as are middle Karis Watson and Beta Dumancic.  Both Furman and Presbyterian College coaches have Clemson ties. Furman’s Michelle (Thieke) Young was an All-ACC performer at Clemson under Hoover from 1994-97, and this ranks 3rd in school history in assists. Korrinn (Krog) Burgess was an Assistant Coach on staff at Clemson from 2006-09, which included an ACC Championship and three trips to the NCAA Tournament.