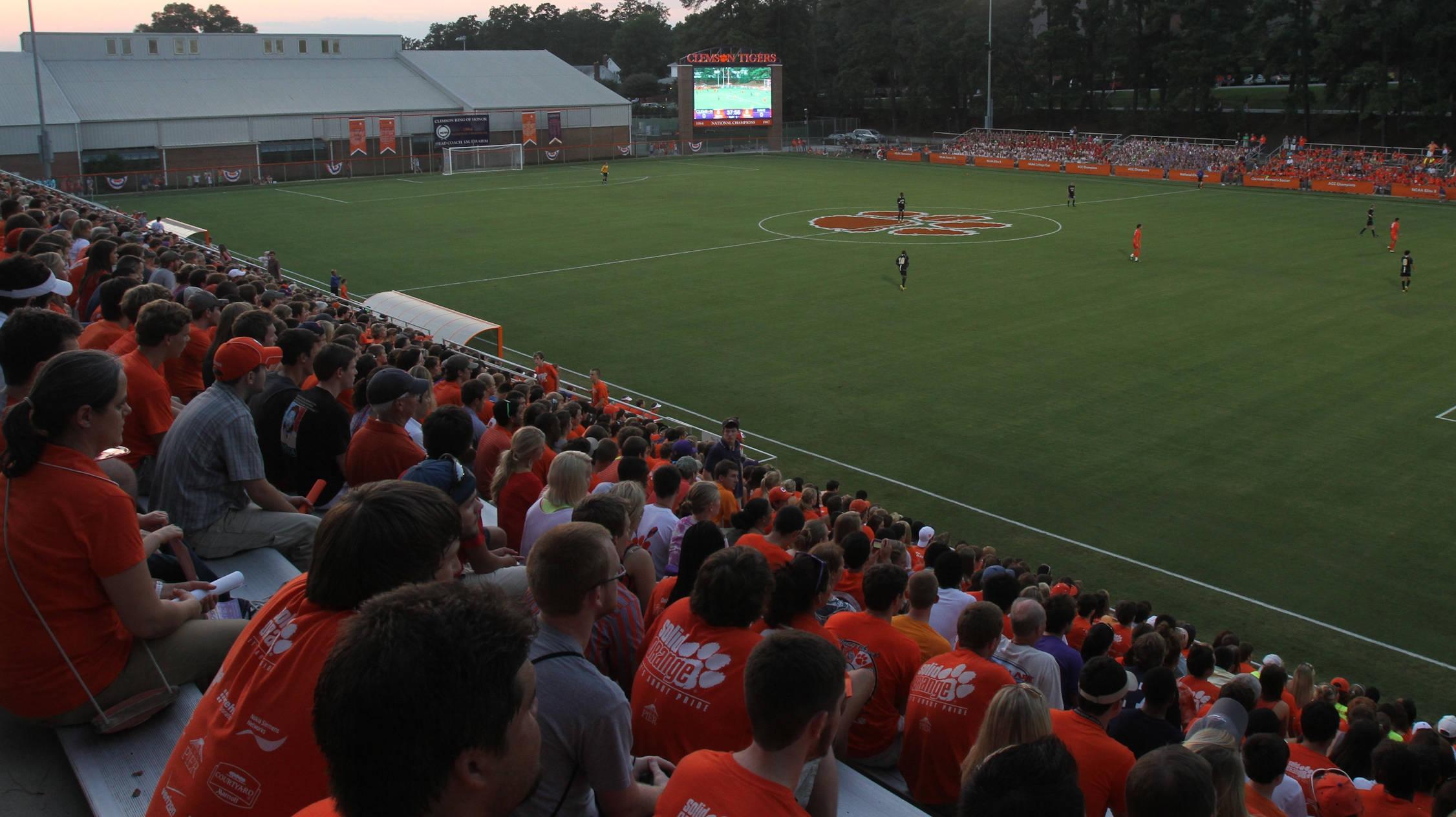 ClemsonTigers.com has unveiled a new Clemson360 viewpoint of Historic Riggs Field from the First Friday 2012 men’s soccer game against Wake Forest on September 7.  On that night, 6,188 fans were on hand to watch the Tigers play to a 1-1 double-overtime tie against the 14th-ranked Demon Deacons.

In a ceremony prior to the game, Clemson dedicated the stadium Dr. I.M. Ibrahim Stadium in honor of the legendary head coach often referred to as the “Father of Clemson Soccer.”  In addition to the “Dr. I.M. Ibrahim Stadium” signage on the brick wall below the press box, the new Clemson360 viewpoint also shows the Tigers’ new video board, which was installed at the stadium during the summer of 2012.

Fans can view 360-degree tours of all of Clemson’s Athletic Facilities by visiting ClemsonTigers.com and clicking on the Clemson360 Virtual Facility Tours link in the Facilities or Fan Zone drop-down menu, or on each individual sport page.