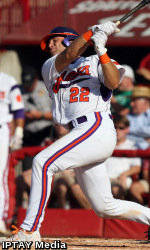 The Clemson third baseman prayed that Felder hit the ball hard enough for it to go over the fence. And if not, he prayed that South Carolina right fielder Adam Matthews might trip over a rock and drop the ball.

None of the above happened, and instead Matthews easily caught Felder’s fly ball just shy of the warning track to preserve the Gamecocks’ 4-3 victory over Clemson in the championship game of the Columbia Regional.

“It is a pretty deflating feeling,” Shaffer said. “You just kind of watch (the ball) sailing through the air and you are just hoping he trips on a rock or something. But, nothing crazy happened. He caught the ball and the game was over. There is nothing else you can say about it.”

There is also nothing else the Tigers can do this season. The loss to the Gamecocks ended Clemson’s season at 35-28. But though the Tigers lost, they did not go down without a fight. First, Clemson rallied to beat Coastal Carolina in an elimination game to advance to Sunday night’s championship round, and then nearly caught the Gamecocks after spotting them a 3-0 lead after the first inning.

Clemson fell behind 3-0 in the first inning after the Gamecocks (43-17) led off the game with a Joey Pankake triple, Adam Matthews single and a double by Connor Bright. But Jonathan Meyer came out of the bullpen and cooled South Carolina off.

The junior from San Diego, CA came in with two outs in the first and baffled the Gamecocks the rest of the afternoon, allowing only one run off seven hits over the next 8.1 innings. He had four strike outs and walked only two batters.

“It is always tough in front of a lot of people in a hostile environment and down 3-0,” he said. “The crowd was in it, but I had done it before this season and I stepped up to the plate those times, so I felt I could come in and do it this time.”

He came in and gave his team a chance to win, and that’s all any coach can ask for from any player. For the most part, the Clemson pitching staff did an excellent job on the mound. In the last 27 hours of the Columbia Regional, they threw 463 pitches. In all, they got solid outings from Kevin Pohle, Daniel Gossett, Dominic Leone and then Meyer’s outing against the Gamecocks.

Guys like David Haselden, Scott Firth and Joseph Moorefield also came in over the four games and gave some pretty good work.

“We pitched well enough this weekend to win,” Leggett said.

Meyer’s pitching gave the Tigers a chance Sunday, and after South Carolina increased its lead to 4-0 in the top of the sixth inning, Clemson rallied to score two runs in the bottom frame. Steve Wilkerson got a one-out single and then Thomas Brittle doubled down the left field line.

Shaffer brought Wilkerson home with a sharply hit ball to short and then Phil Pohl scored Brittle with a grounder to third.

Down 4-2 in the ninth, Clemson was still fighting. After Jay Baum singled up the middle with one out, catcher Spencer Kieboom got a two-out hit to right field, plating Baum and cutting the South Carolina lead to one.

Then Felder came to the plate. A guy who had singled earlier and had a solo home run against the Gamecocks the night before, took Tyler Webb’s first pitch to deep right center, but Shaffer’s prayers could not get it over the fence.

“It was a bit discouraging to be down 3-0 right away, but we did not expect anything to be easy,” Shaffer said. “We took it as a challenge, `Let’s see what we are made out of. Can we comeback and make this a game?’

“We did a good job to stop the bleeding and limit the runs. From there we just tried to chip away and have good at-bats and find a way to close the gap. Unfortunately, we were not able to do that completely. But we gave it our best shot. We battled.”