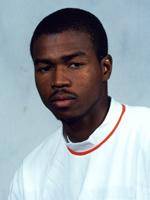 A junior from Gray Court, SC, McDaniel recorded a 7’1.5″ season-best clearance in the high jump and a 49’7.75″ performance in the triple jump. McDaniel’s contributions helped lead the Tigers to the team title over Iowa State, Appalachian State, Charlotte and East Carolina. He now stands atop the ACC in the high jump and ranks third in the triple jump.