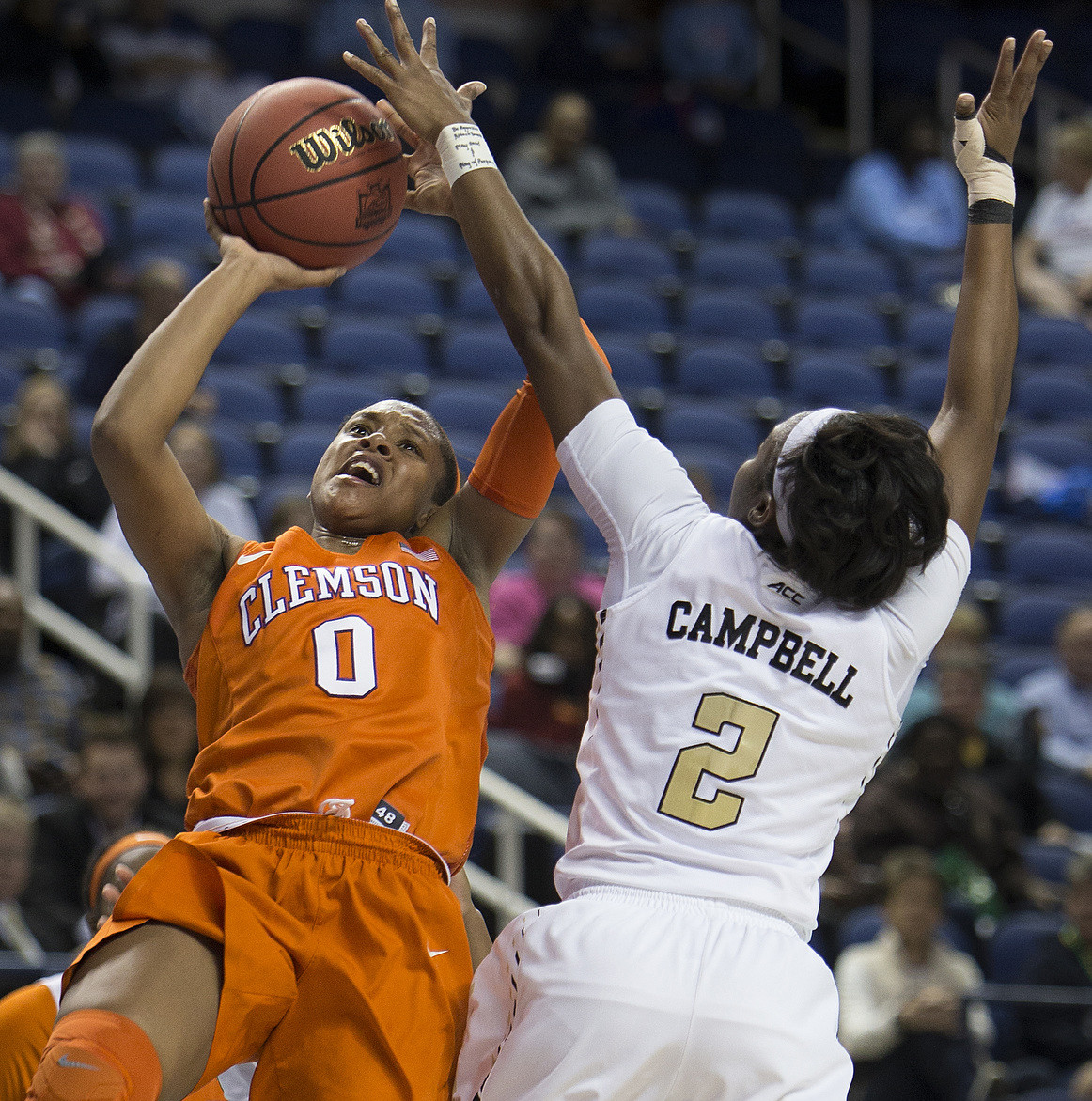 GREENSBORO, N.C. – Three players were in double figures in scoring, but the Tigers were unable to overcome a large first-half deficit, falling to Wake Forest (16-14) on Wednesday afternoon in the first round of the 2016 ACC Women’s Basketball Tournament by a score of 73-58. Sophomore Nelly Perry led Clemson (4-26) with 23 points. It was her 18th double-digit scoring effort of the season.

“First of all, I want to commend Wake Forest on a great game. They had three players that really stepped up tonight. Milan Quinn did a fantastic job, and it was difficult for us to guard her. Amber Campbell and Ariel Stephenson also played well,” said Head Coach Audra Smith. “We dug ourselves a hole too early. We won the third and fourth quarters, but it’s tough to come back against a team with such good scorers inside and on the perimeter.

Shooting doomed the Tigers in the first half, as the team was 8-for-33 for 24.2%, and went six minutes in the second quarter without a field goal. The Demon Deacons, on the other hand, shot above 50% for the half, at 17-for-33, led by Quinn and Stephenson, with 12 and 11 points, respectively. Perry had 11 points in the first half of play for Clemson.

The Tigers fought back in the second half, chipping away at the Wake Forest lead, but were unable to cut the deficit to single digits. Clemson outscored the Demon Deacons 36-33 in the half, with help from 12 more points from Perry. Sophomore Victoria Cardaci scored eight of her 11 points in the second half, while sophomore Alexis Carter finished the game with 10 points for the Tigers.

“It’s been a tough season, but we’ve just tried to continue to teach the game to our young group, and to continue to prepare them, game in and game out,” added Smith. “Unfortunately, it’s been an unsuccessful year, but we’ll use it as a teaching year, and look for much better results going forward.”