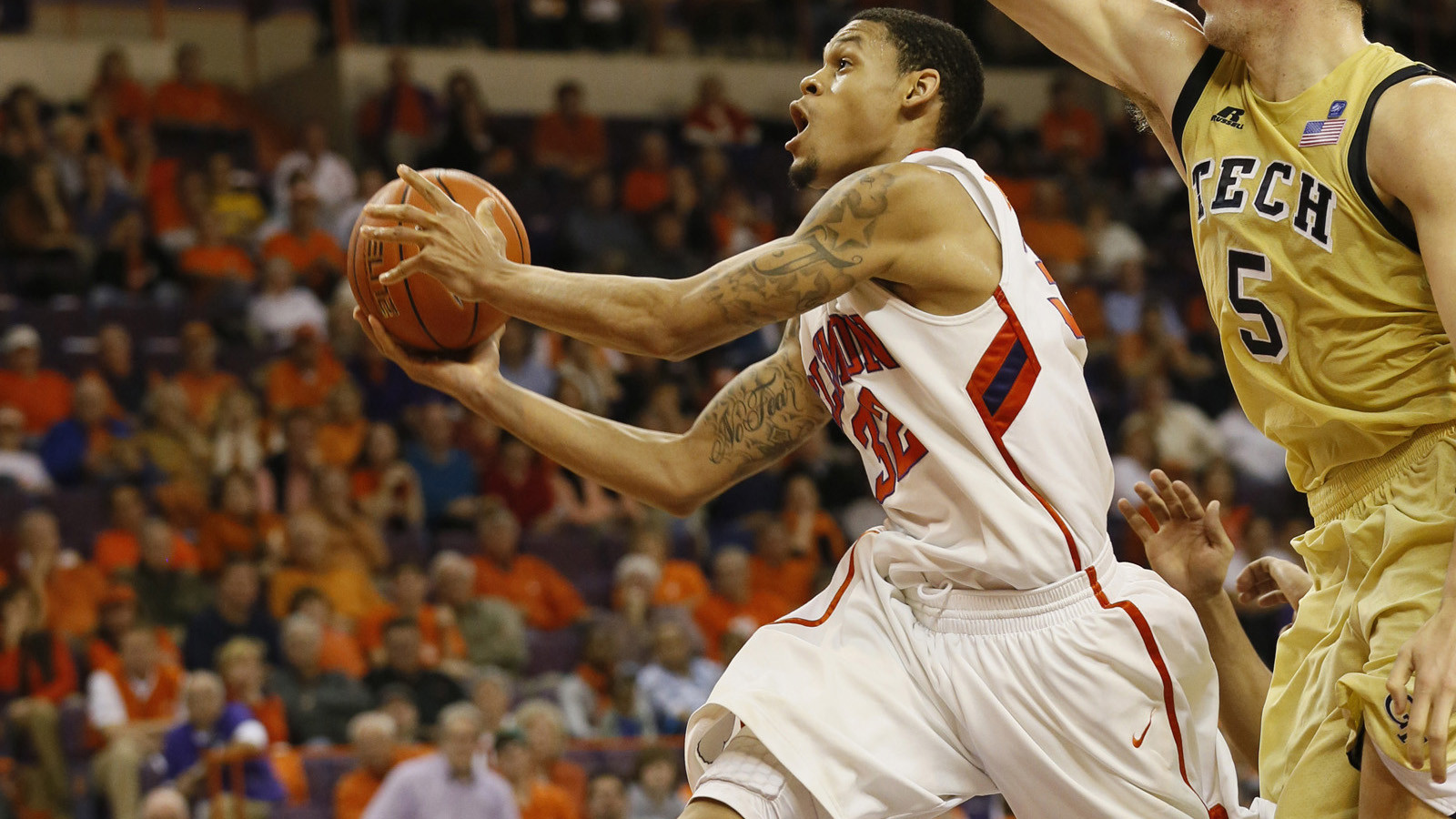 CLEMSON, SC – Clemson junior K.J. McDaniels has earned an invitation to the Kevin Durant Skills Academy that will be held from Friday through Sunday, June 28-30 in Washington, D.C. The NBA superstar’s camp features the top high school and college wing forwards from across the nation, and is administered by Nike Elite Youth Basketball.”Earlier this summer, I got an email from Nike with the invitation,” McDaniels said. “It means a lot to me. I’m going in with a good group of players, and it’s important to learn and take in everything. I believe the camp will help me polish a lot of things, and I’ll be able to come back more productive.”McDaniels will be Clemson’s leading returning scorer in 2013-14. He averaged 10.9 points and 5.0 rebounds per game as a sophomore. He was second in the ACC with 2.0 blocked shots per game, and increased his scoring average by over seven points per game from his freshman season.In 2012, some of the college standouts that participated in Durant’s camp were Tim Hardaway, Jr., Elias Harris, Solomon Hill, C.J. McCollum, Otto Porter, Michael Snaer and Nate Wolters. Five of those players were drafted by NBA teams Thursday, including four in the first round.McDaniels spent the first summer session at Clemson, working out with coaches two hours each week per NCAA regulations.”I’m a lot more confident in my entire game,” McDaniels said. “I’m getting more confident with my dribbling and putting the ball on the floor. I’m going up there to learn how to be a better leader and help the team next season.”The event starts Friday with a workout at 4:45 PM and will be followed by a pair of two-hour workouts on Saturday and Sunday.