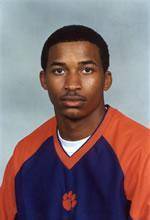 Kitchens finished seventh in the long jump, earning his second All-America certificate overall and his first award indoor. The junior from Hephzibah, GA, posted a mark of 25’4″ to garner the national honor at his first indoor meet. He is the first Tiger long jumper to advance to the NCAA Indoor Championships as well as assistant coach Jarrett Foster’s first long jump All-American indoor.

Hill amassed 3,046 points on the first day of the inaugural heptathlon. In the first event of the day, the senior from Chapel Hill, NC, clocked a 7.06 in the 60m, only one-hundredth of one second of his personal-best effort. He recorded a mark of 21’8″ in the long jump, then threw 45’9.25″ in the shot put. Hill rounded out the first day with a career-best clearance of 6’4″ in the high jump. The heptathlon will conclude on Saturday with the 60m hurdles, pole vault and 1000m run.

Linkenauger finished 12th in the high jump, clearing 6’10.25″ at his first NCAA Championships. The freshman from Fincastle, VA, finished his indoor season as the ACC Champion in the high jump and ranked fifth on Clemson’s all-time indoor high jump list with a season-best mark of 7’2.25″.

Cheney recorded a time of 7.77 in the preliminaries of the 60m hurdles, missing the finals of the event by one-hundredth of one second. The junior from Grovetown, GA, bettered his previous season-best time of 7.79 in today’s qualifying round. Cheney moves into fourth on the Tigers’ all-time list in the 60m hurdles with his time of 7.77.