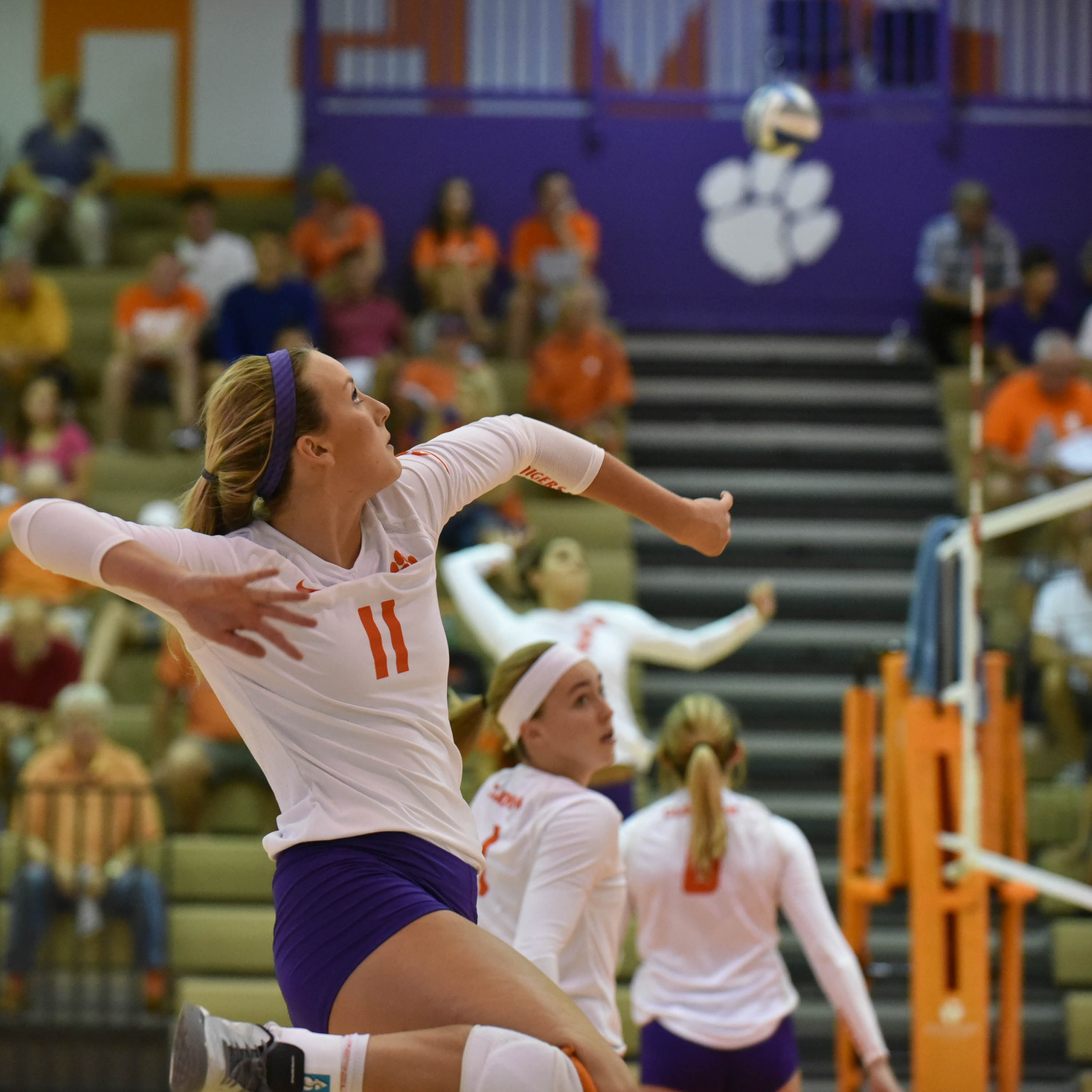 CLEMSON, S.C. – The Tigers wouldn’t go down without a fight as they faced match point and fired off five consecutive points to pull within two of Pittsburgh, forcing a Panther timeout. Pitt came out and immediately won the next point to win the match (17-25, 16-25, 22-25).

“That’s a team that’s sitting on the tournament bubble right now,” said head coach Hugh Hernesman. “I thought we did a really nice job of coming out focused and executing what we wanted to do defensively in those first two sets, we just couldn’t close.”

With match point facing the Tigers, an attack error by the Panthers allowed Sydney Moseley to serve and she rose to the occasion. Moseley recorded a service ace and served the Panthers out of system, allowing Clemson to pull within two of Pitt with five straight points before the Panthers scored match point after calling a timeout with the score at 24-22.

“You know this team, we haven’t gotten to a point yet where we’ve just stopped playing. We found a way to scratch, claw and do whatever we could to get ourselves back in that set.”

“There are a lot of positives that we’re taking from this. We played very well in stretches against a team that could very well be in the NCAA Tournament this year. We feel like we got better in some areas and we’re playing with a different lineup than we did a week ago. I thought Taylor (Daniel) did a nice job of getting our middles involved. Megan (McGinley) has put in a lot of work recently and that paid off today.”

Megan McGinley continued her hot streak by stringing together the best offensive effort of her young career. The freshman middle blocker dropped nine kills on 17 errorless attempts and added a block in the match. McGinley’s performance was good enough for a .529 hitting percentage over the course of three sets.

“I think she’s getting more comfortable with the speed of the game and I think there are some things within the training that she’s incorporating into her game that are really working. She’s working hard at it and I think by her standards alone I don’t think she was happy with the way she started the season. I think she expected more of herself and she’s been driven to do some things and continue to improve. It’s nice to see her take on that role and improve every week.”

Leah Perri recorded the second highest total for the Tigers with eight kills on the afternoon. Her first of the match marked her 900th career kill. Keelie Arneson once again continued to climb the NCAA’s list of all-time career dig leaders. Her 11 digs today makes her 14th all-time with 2,485 kills in her career.

In her second collegiate start, Taylor Daniel connected for 21 assists while digging seven balls and recording her first collegiate kill. Kailey Harvell contributed in nearly every stat category with five kills, seven digs and two blocks, one of which was solo.

Next weekend the Tigers are back in Jervey to compete against NC State and North Carolina. Friday night is Clemson volleyball’s annual Dig Pink match where fans can join the Tigers in the battle against breast cancer.