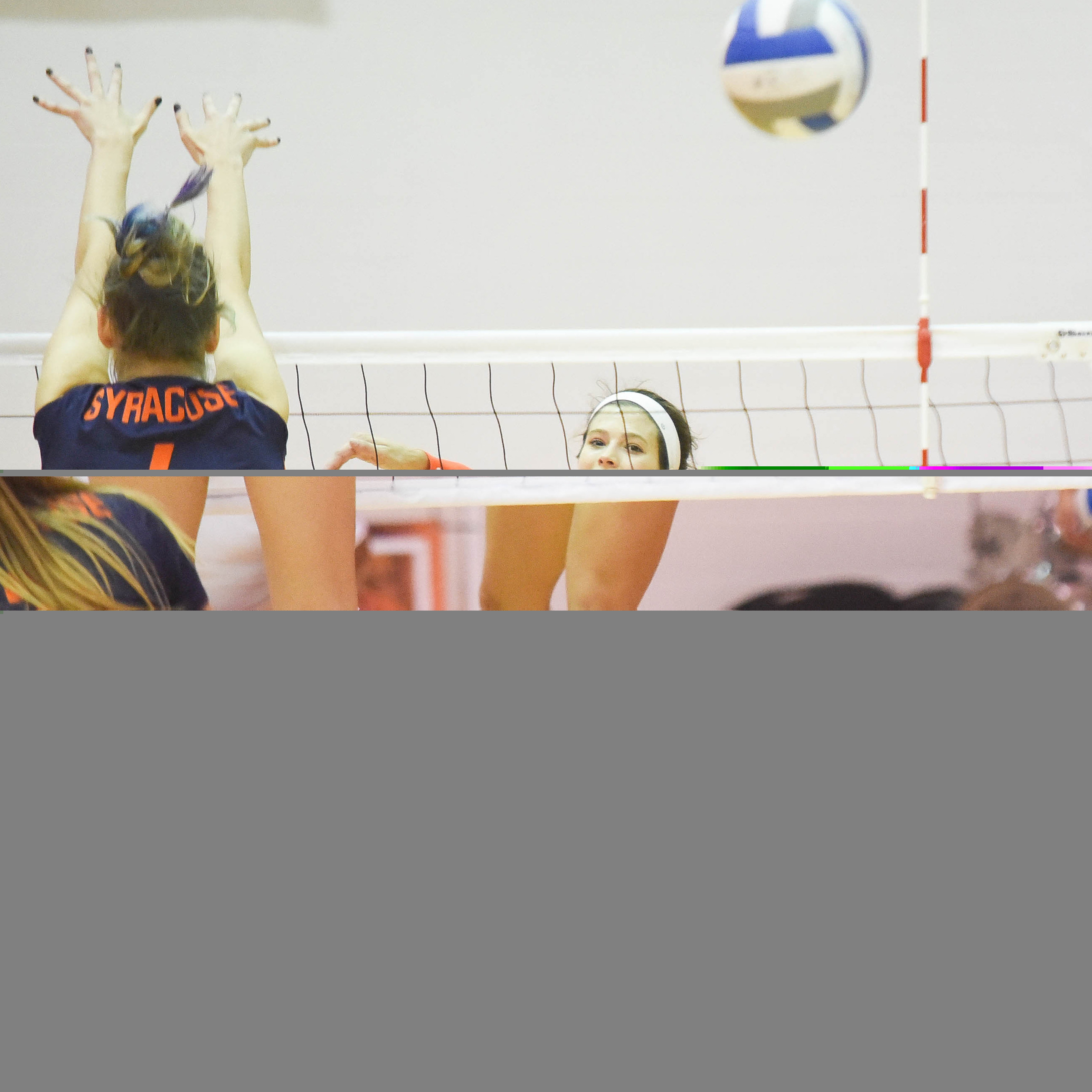 CORAL GABLES, Fla. – The Tigers refused to quit against the Hurricanes on Sunday afternoon but Clemson’s comeback was ultimately thwarted, resulting in a 3-0 loss (23-25, 16-25, 24-26). Miami walked away victorious, despite Kailey Harvell having her way, scoring 17.5 points.

The first set was up for grabs as neither team could gain control (10 tie scores and six lead changes) until Miami won three of the next four points following a 22-22 score to take a 1-0 lead in the match.

“First set we finished great, said head coach Hugh Hernesman. “Miami started out on a great service run and I thought we did a good job of coming back. It became a serve-and-pass match really. We thought we could be competitive, we liked what we saw and I thought our energy was good in that first set. We competed hard.”

“You know the thing we need to learn, and we talked about this after the second set, is that those energy levels, that connection and that competitive drive… We just can’t take that for granted … After the first set when we felt good I think maybe we were a little too comfortable because we knew we could play with them. So in that second set we left our foot off the gas unintentionally and they jumped on us to take control most of the second set.”

The Tigers regained their competitive fire in the third set as they battled back once the Hurricanes began to see light at the end of the tunnel with a 20-15 score in their favor. Instead of giving up, Clemson remained close until it was left with no choice but to make a move when it faced set point, 24-20. Harvell capped off a 4-0 run with back-to-back kills to tie the score at 24 but the Hurricanes won the next two points to solidify their three-set victory with a 26-24 score in the third.

“Third set we made a couple of changes but nothing major and we talked about not taking for granted that focus level, that competitive drive and that energy and I though we did really well. We competed back-and-forth and towards the end when things weren’t looking great we were able to come back and put ourselves in a position to win.

“That’s what we’re trying to do, our focus is putting ourselves in a position to win, we’ll figure out how to win those sets. We need to just string together more consistent performances all around. We know the pieces are there; the pieces just aren’t all falling together at the same time so it’s just a matter of being consistent. That’s the telltale sign of a young team, that’s the way it goes but it’s our job to help them get there and help them become more consistent.”

Harvell was the most dominant player on the court as the match leader in points (17.5), kills (16) and attacks (31). She converted on 52% of her swings, recording 16 kills on 31 attempts with just one error.

“What you’re seeing from Kailey is you’re seeing those performances like today getting closer and closer together. There isn’t as much time in between like there was maybe early in the preseason.”

“She’s a gifted athlete; she’s a gifted player. She’s done a really good job of changing her mentality on how to attack and how to play at this level. She has adapted very quickly. She can be dangerous when she’s on like that. She’s patient but explosive. I mean you saw it, she killed it over 50% of the time and had efficiency of almost .500 and for an outside those are ridiculous numbers against a very good Miami team.”

Overall Clemson’s offense had one of its most efficient efforts this season, hitting .262 as a team, including a .353 hitting percentage (14-2-34) in the first set. Leah Perri added to the kill total with eight in the match while Kate Federico tallied 30 assists, complemented by five kills on nine attempts.

Sofia Hruby was solid in the middle for three kills in six swings with no errors. Megan McGinley had four kills on nine attempts to go along with four blocks.

“We actually didn’t pass as well as we normally pass so that was pretty encouraging that we could score at a pretty good level despite the fact that our serve receive game wasn’t were it normally is. A lot of that had to do with Kailey getting the kind of numbers she had but she doesn’t do that without first and second contact being good and putting her in a position to kill the ball so it was an efficient performance for us, we just need to be better with what we’re doing defensively.”

Keelie Arneson continues to climb the NCAA’s list of all-time digs leaders after her 14 against the Hurricanes. She now has 2,418 digs in her career, placing her 22nd all-time.

“I think if you asked Keelie how she thinks she’s playing she’s going to tell you she’s not playing well. I’m seeing her play at a really good level but she knows there’s more there, she knows there’s more there. She’s doing everything she can, she made big digs in big moments today but Keelie would trade all those digs, the NCAA’s top 25 and all that for a couple of wins this weekend.”