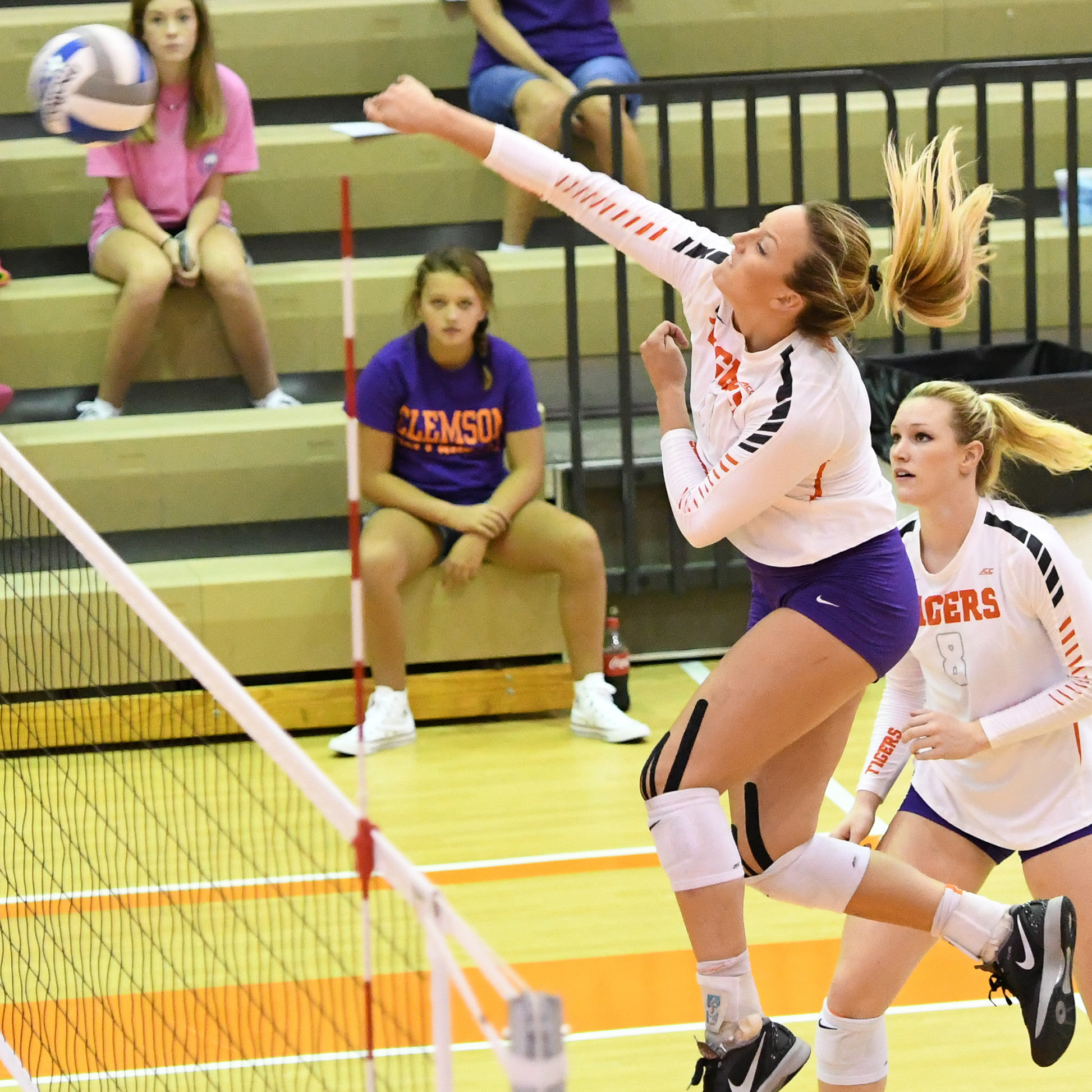 “I really liked the way we competed today,” said head coach Hugh Hernesman. “We competed at a level I’ve known we have in us, we just needed to rediscover it.”

“Offensively, we talk a lot about needed three people to kill the ball on a consistent basis. We had that today with Leah (Perri), Kailey (Harvell) and Megan (McGinley), then we also got an inspired and efficient effort out of Tori (Woogk). With that said it took a good effort out of Taylor (Daniel) and Keely (Hayes) to distribute the ball around.”

Despite UNC’s efforts early to limit Perri’s offensive success, Daniel and Hayes were able to set McGinley, Harvell and Woogk to efficient afternoon’s, ultimately opening the door for Perri to find success of her own.

Daniel and McGinley were clicking throughout the contest as the sophomore setter found McGinley for a team-best, 13 kills on 20 swings with just one error. The middle blocker out of Chagrin Falls, Ohio hit .600 while blocking opposing hitters four times. Freshman middle blocker, Jaden Light matched McGinley with four blocks while Woogk finished with four blocks as well to go along with her seven kills on 20 swings. The Tigers out-blocked North Carolina 8-4.5 in the match.

Perri and Harvell were nothing short of impressive in their efforts in which they both finished with double-doubles. The duo combined for 24 kills with Harvell hitting .280 on the outside with 12 kills and just five errors on 25 swings. Harvell’s dig total matched her kill total while Perri was Clemson’s leader in digs with 13. Perri was also one-of-four Tigers to ace the Tar Heels as Perri, Emily Curtis and Annie Carter each finished with two to their credit and Daniel came up with a clutch ace in the fourth to tie the set at 25. Daniel finished the match with 26 assists while Hayes recorded 18 on the day.

Now the Tigers have little time to prepare as Clemson is back in action on Wednesday, at 7:00 p.m., in Jervey Gym. Georgia Tech will make the trek to Clemson for a mid-week rivalry matchup with the Tigers. The last time these two teams met, the Tigers prevailed in four sets in Atlanta, Georgia to earn Hugh Hernesman’s first ACC victory and their first victory at Georgia Tech since 2011.