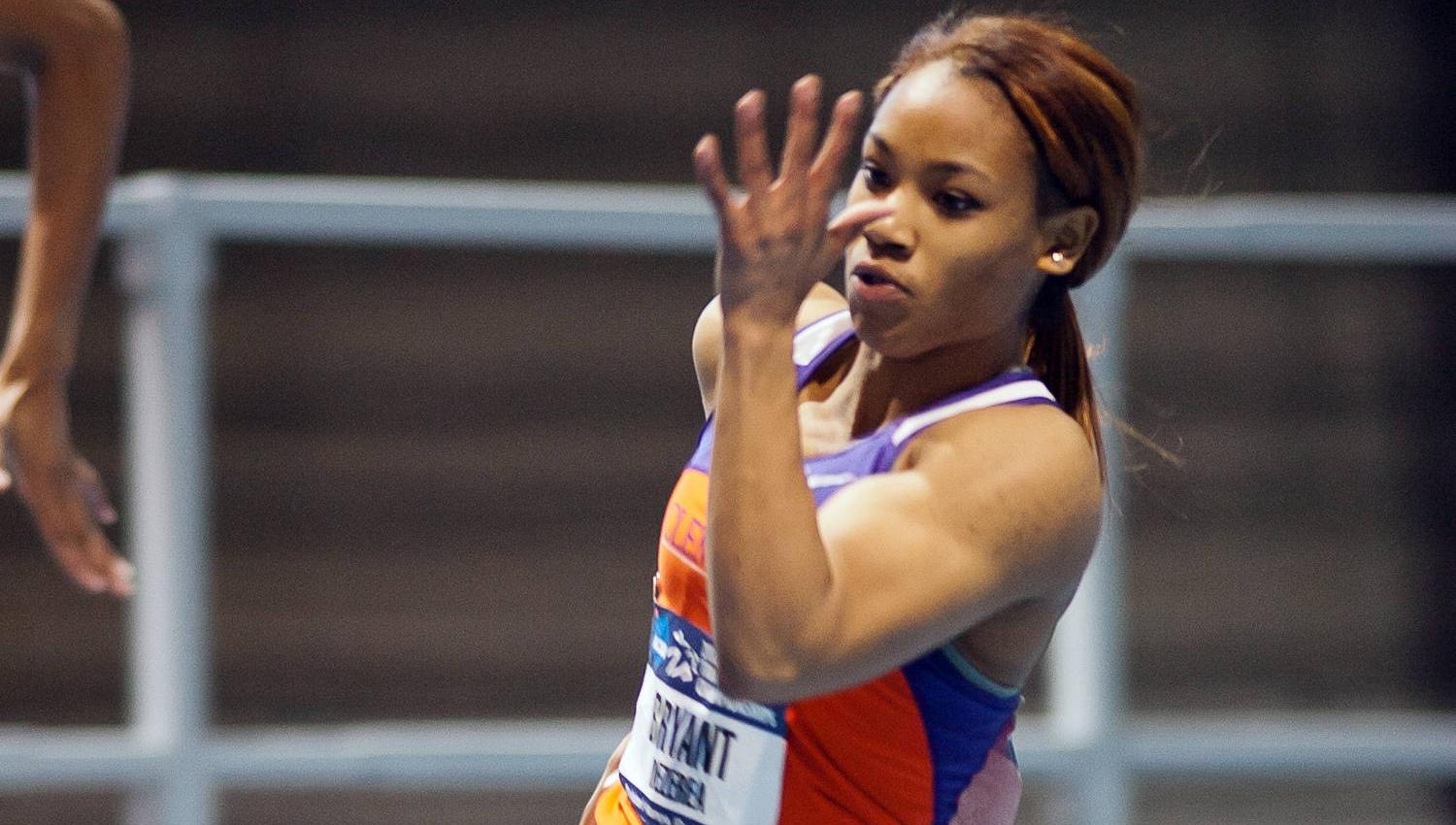 CLEMSON, SC – Clemson freshman Dezerea Bryant put the finishing touches on one of the most decorated rookie campaigns in women’s track & field history Saturday as she collected her second medal of the IAAF World Junior Championships as a member of Team USA.  Bryant, who hails from Milwaukee, WI, won gold with the 4×100-meter relay in Barcelona, Spain.

She also won bronze on Friday in the 200-meter dash.

The gold medal was Bryant’s second of the summer, and the second of her career at the World Junior Championships.  She previously won in 2010 as a high school junior alongside current Clemson teammate Stormy Kendrick.

Bryant, who won the USA Junior Championship earlier this summer in the 100-meter dash, ran second leg with the relay Saturday and propelled the team to a winning time of 43.89.  She teamed with Morgan Snow, Jennifer Madu and Shayla Sanders to claim first place.

Bryant progressed through two rounds of the 200 to make it to the final, where she ran a time of 23.15.  Her best was round was the semifinal, where she had the top time at 23.11.  Bryant was the USA Junior silver medalist in the event earlier this summer.  She is the second Tiger female to medal in the event, following Kendrick’s gold medal performance in Canada in 2010.  Both have come in the last two IAAF World Junior competitions.

The USA Junior gold medalist in the 100-meter dash, Bryant was the next to last person excluded from the final for that event in Barcelona after posting a time of 11.77 into a brutal -2.6 meters per second headwind.