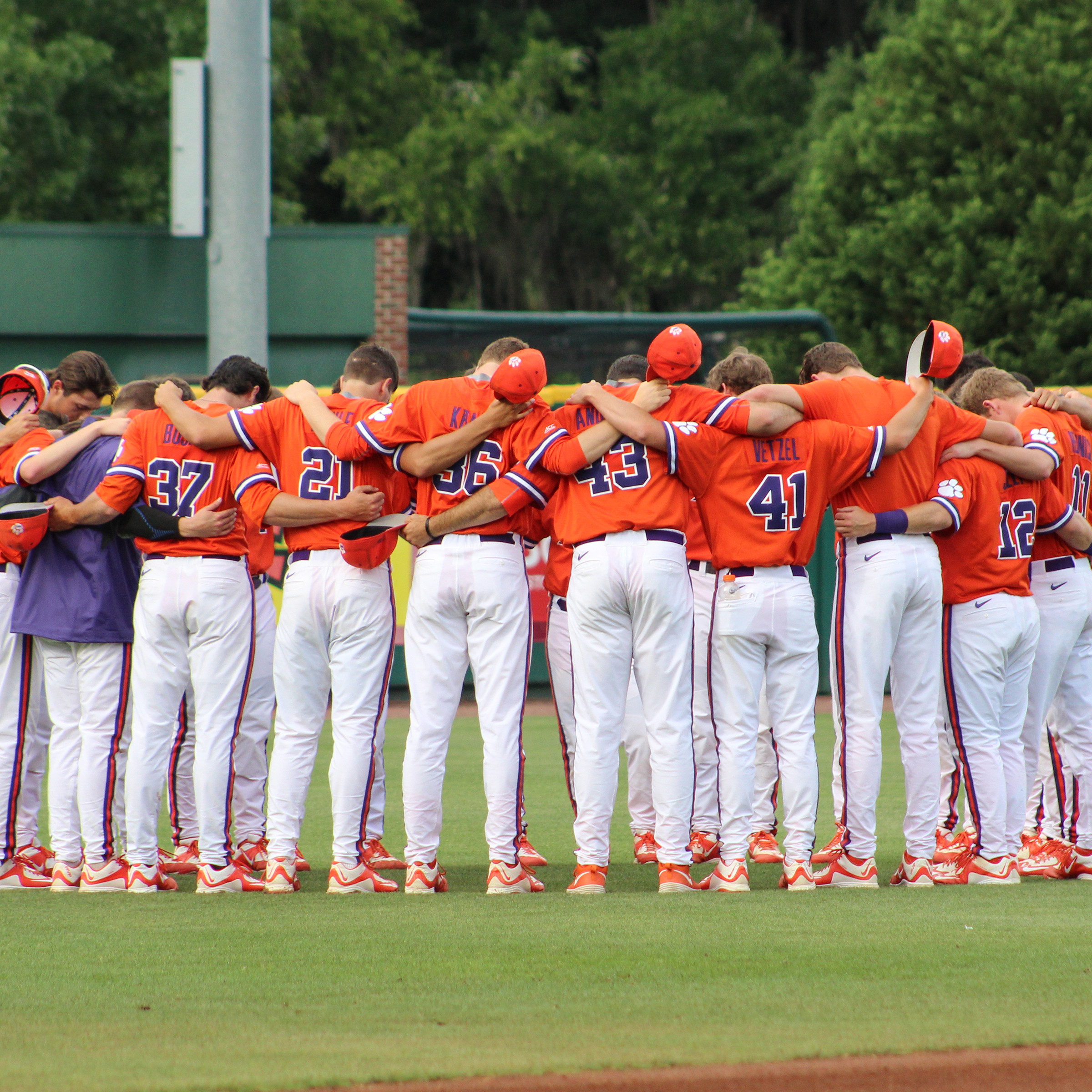 The Tigers head to Durham, N.C. for the 42nd ACC Tournament as the No. 5 seed.

CLEMSON OVERVIEW• Clemson swept No. 8 Florida State by a combined score of 20-7 in a three-game series in Tallahassee last weekend.• The Tigers are averaging 6.5 runs per game and hitting .289 with a .379 on-base percentage and 59 steals.• The pitching staff has a 3.99 ERA, .253 opponents’ batting average and 2.51 strikeout-to-walk ratio and Clemson is fielding .960.

LOUISVILLE OVERVIEW• Louisville is led by ninth-year head coach Dan McDonnell.• The Cardinals won two of three games at NC State last weekend. They are hitting .275 and have a 2.65 ERA and .966 fielding percentage.• Corey Ray is hitting a team-high .329 with 13 doubles, four triples, 11 homers, 48 RBIs, 45 runs and 31 stolen bases.

NORTH CAROLINA OVERVIEW• North Carolina is led by 17th-year head coach Mike Fox.• The Tar Heels were swept at home by Virginia last weekend. They are hitting .265 and have a 3.54 ERA and .970 fielding percentage.• Tyler Ramirez is hitting .291 with nine homers, 39 RBIs and 17 steals, while Skye Bolt is batting .264 with nine homers and 39 RBIs.

TIGERS TO PLAY IN 42ND ACC TOURNEY• Clemson (31-25), the No. 5 seed, opens its ACC Tourney by playing No. 4 seed Florida State (37-19) on Wednesday at 11 a.m. on RSN and ESPN3.• The Tigers will be the designated visiting team and occupy the first-base dugout Wednesday.• The Tigers play No. 1 seed Louisville (42-14) on Thursday at 3 p.m. on RSN and ESPN3.• Clemson will be the designated home team and occupy the third-base dugout Thursday.• Clemson’s third game is against No. 8 seed North Carolina (33-22) on Friday at 3 p.m.• Clemson will be the designated visiting team and occupy the first-base dugout Friday for the game on RSN and ESPN3.• The games will be played at Durham Bulls Athletic Park in Durham, N.C.• It will be the ninth time the ACC Baseball Tournament is held in Durham and the first time since 2013.• For the second time under the current format, the tournament has a 10-team field, with two single-elimination games Tuesday.• The round-robin format, in its ninth year, features two four-team brackets that guarantees the eight teams play a minimum of three games.• The other bracket features No. 2 seed Miami, No. 3 seed Notre Dame, No. 6 seed NC State and No. 7 seed Virginia.• The winner of each bracket meets in the ACC Championship Game on Sunday at 1 p.m.• The title game will be televised by ESPN2 and the winner of the game receives an automatic bid into the 2015 NCAA Tournament.• All of Clemson’s ACC Tournament games are broadcast live on the radio by Clemson Tiger Sports Network.• Live stats are available at ClemsonTigers.com for all Tiger games.

WINNING SEASONS THE NORM• The Tigers have had a winning record every year since 1965.• With its 31-25 record in 2015, Clemson is guaranteed a winning record for the 51st season in a row.• That 51-year winning season streak spans just two head coaches, Bill Wilhelm (29 seasons) and Jack Leggett (22 seasons).• Clemson’s 51-year streak is the third-longest active streak in the nation, trailing two ACC schools (Florida State 68, Miami (Fla.) 58).• Clemson has had a non-losing record, which includes seasons with equal number of wins and losses, every season since 1958.• Bill Wilhelm took over as head coach of the Clemson program in 1958, therefore the Tigers have not had a losing record since he took over.• Clemson’s 58-year streak of non-losing records is tied for the second-longest active streak in the nation, trailing only Florida State (68).

CROWNOVER ACC PITCHER-OF-THE-YEAR• Junior lefthander Matthew Crownover was named 2015 ACC Pitcher-of-the-Year in a vote by the 14 ACC head coaches.• He is 10-1 with a 1.42 ERA, .187 opponents’ batting average and 91 strikeouts in 95.0 innings pitched over 14 starts in 2015.• He became the Clemson’s first-ever ACC Pitcher-of-the-Year, as the ACC first named one in 2005.• Kris Benson was the last Tiger hurler to earn ACC Player-of-the-Year honors in 1996.