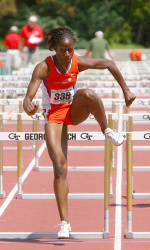 Clemson, SC – The women’s track & field team will compete in its final home meet Saturday at Rock Norman Track. The Orange & Purple Classic gets started with field events at 10:00 AM and track events at 12:00 noon. The first action for the Clemson women will be the javelin throw.

Clemson has four student-athletes that have qualified for the East Region Championships, which will be held May 30-31 in Tallahassee, FL. The regional meet serves as the pathway to the NCAA Championships, as the top five individual finishers and top three relay teams advance out of the four regions.

Patricia Mamona has qualified in multiple events, the long jump and triple jump. She was runner-up at the ACC Championships in the triple with a mark of 43’4.5″. She also owns an outdoor best of 19’10.25″ in the long jump. She is entered in the long jump at 1:00 PM, and will also be competing in the high hurdles at 1:45 PM.

Two Lady Tigers have qualified for regionals in the javelin. Linda Buchholz and Bethanie Wachna, who rank 1-2 in the Clemson record books in the event, will compete Saturday morning.

The hammer throw will be held at 11:45 AM and pole vault at noon. Rochelle Kokayko will attempt to qualify for regionals in the hammer, while Caroline Kennedy hopes to earn her second consecutive trip to the East Region meet in the vault.

The first running event for Clemson on Saturday will be the 3000m steeplechase at 12:20 PM. Maggie Bernard and Lauren Klas, both of whom rank among the top five in Clemson history in the event, are entered.

Clemson will run a relay team on Saturday, its 4x100m group. The lineup will include Ra’Sheena Parker, Nakeisha Wineglass, and Krystal Barringer.

Polly Hardy has qualified for the East Region meet for the third straight year in the 100m hurdles. She will compete in that event Saturday at 1:45 PM, along with three teammates including Mamona.

The high jump and triple jump will take place at 3:00 PM. Anastasia Wilson, a sophomore out of Myrtle Beach, SC, holds a season-best of 5’7.75″ in the event and needs just one inch to achieve a regional-qualifying height. April Sinkler, who has nursed injury since indoor season, is entered in both events. She came to Clemson as a national high jump champion in high school. She also was an NCAA provisional qualifier indoors in the triple jump.

The final event Saturday afternoon for Clemson will be the 5000m run. Sunday Ford, a junior out of Piedmont, SC, is slated to compete for the Lady Tigers. The event will be held at 4:20 PM. 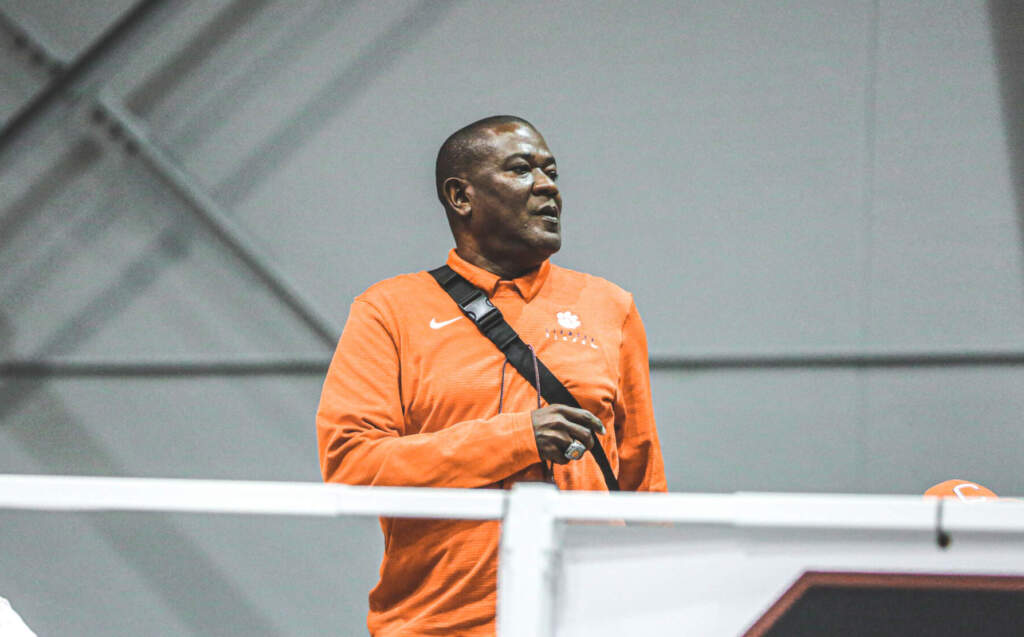