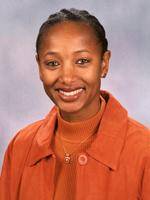 Clemson Women’s Track And Field To Compete At ACC Championships

CLEMSON, SC – The Clemson women’s track and field team will compete at the 2004 ACC Championships to be held this weekend on teh Belk Track at Fetzer Field on the campus of the University of North Carolina. The meet will begin on Friday morning at 9:30 AM with the hammer throw and conclude on Saturday with the women’s 4x400m relay slated for 6:10 PM.

Since Clemson first fielded a complete team in the 1987 season, the Lady Tiger track and field team has been one of the strongest and most consistent teams in the Atlantic Coast Conference. The Lady Tigers have won two ACC titles, and have finished in the top four in the conference 14 of the 20 years the meet has been contested (the first ACC Meet was held in 1983).

The Lady Tigers have won 66 event titles, while only North Carolina and Virginia have won more titles, with 115 and 86, respectively. Clemson has won at least one ACC championship in 19 of the 21 events currently contested. Florida State has claimed 42 championships since joining the league in 1991, Georgia Tech has captured 29 event titles since 1986, while NC State has won 27. Maryland and Wake Forest have won 21 titles each, while Duke has claimed three titles. The Lady Tigers have been particularly strong in the shot put and discus throw. Clemson athletes have won 10 of the last 21 shot put contests, including four of the last six. In the discus throw, the Lady Tigers have won six titles since 1987.

Clemson athletes hold six ACC meet records, four in track events and two in field events. Most recently, junior Gisele Oliveira set the ACC Meet record in the triple jump, recording a leap of 43’10” at the 2003 ACC Championships in Raleigh, NC. Tina Krebs set the 800m record in 1984, and Kerry Robinson’s time in the 5000m still stands from 1983. Lashonda Cutchin, Shekera Weston, Marcia Smith along with Mothersill were members of the 4x400m relay team that set the record in 2001.

Seven Lady Tigers have qualified for the 2004 East Region Championships in six events so far this season. Gisele Oliveira, Shakirah Rutherford, Christina Smith, Silja Ulfarsdottir and Silja Ulfarsdottir is a four-event qualifier, including two individual events and two relay events. Ulfarsdottir qualified for the region meet in the 400m with a time of 53.70 and owns a season-best time of 58.98 in the 400m dash. She runs lead-off on the Lady Tigers’ 4x100m and 4x400m relay teams. Clemson’s 400m relay team has a season-best of 45.37 set at the Spec Towns Invitational, and the 1600m relay team recorded a time of 3:41.89 at the Clemson Invitational. Young is a regional qualifier in the pole vault, with a season-best clearance of 12’5.5″ set at the Clemson Relays.

Under current head coach Gisele Oliveira added a triple jump title in 2003, setting an ACC meet record at the same time. Clemson has also dominated the throws in the last two years, winning five titles in the hammer throw, shot put and discus. Under Noad, the Lady Tigers have won 14 ACC titles and 18 Lady Tigers have earned All-ACC honors.