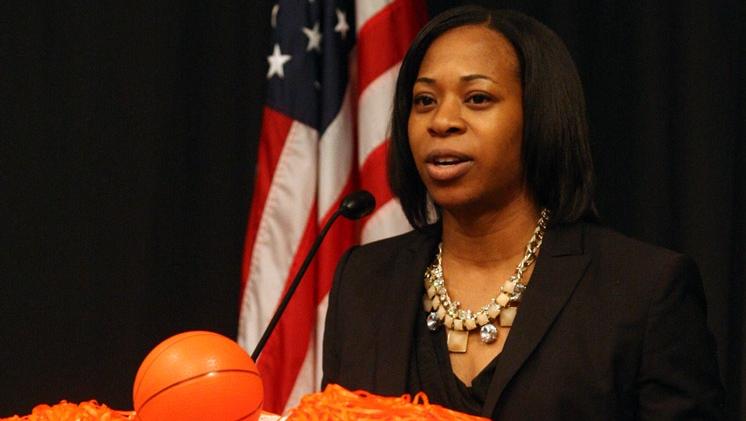 CLEMSON, SC – In conjunction with the ACC’s league-wide announcement, Clemson is pleased to release the 2012-13 women’s basketball schedule on Thursday. The Lady Tigers will play a 18-game conference schedule, and will take on 12 non-conference opponents. Highlights on the schedule include a trip to Indiana for the ACC/Big Ten Challenge, a neutral-site game with Providence, and a showing in the Hoops for a Cure Classic in Dallas, TX. In-state rival South Carolina is also on the slate, as well as Big East member South Florida. The Lady Tigers open the season on November 11 against Presbyterian College, and take on South Florida just two days later, all in Littlejohn. Clemson then plays at South Carolina on Nov. Nov. 18 before heading to Dallas to play in the Hoops for a Cure Classic, hosted by Southern Methodist University (SMU). Clemson will open play with Montana State on Nov. 23 before taking on either SMU or SIU-Edwardsville. Clemson travels to Bloomington to take on Indiana for the ACC/ Big Ten Challenge at the end of November, and won’t leave the state for more than a month. Home games with Jacksonville, SC State, and Radford precede a match with Providence in Myrtle Beach on Dec. 19. After that, Clemson will play Samford in Tigertown before opening the ACC season with North Carolina on Dec. 30 in Littlejohn. Clemson plays Miami to open up ACC road games just after the new year, and will come abck home to play Georgia Tech on the sixth of January. the toughest stretch of Clemson’s schedule looks to be a group of four out of five games on the road from Jan. 31 until Feb. 14. That includes games at Virginia Tech, Florida State, NC State, and Maryland, sandwiched around a game at home against Miami. The Tigers get Virginia Tech and Virginia at home before heading to Boston College and Georgia Tech, and close at home with NC State on Mar. 3. The ACC Tournament will be held in Greensboro, NC at the Greensboro Coliseum.