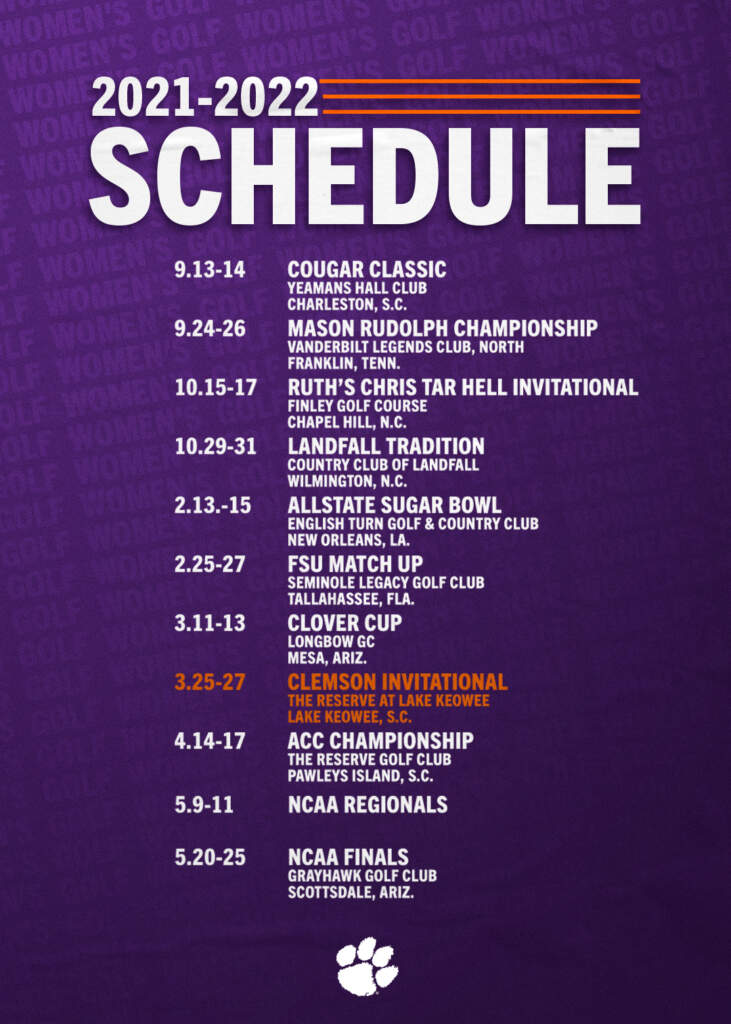 The Tigers return to the course after their sixth NCAA Championship appearance, earning an 8-seed in the 2021 Columbus regional. Alexandra Swayne and incoming freshman Katherine Schuster each competed in the USGA Women’s Amateur over the summer.

Clemson will play two more tournaments in the fall semester, including the Landfall Tradition in Wilmington, N.C., before opening the spring semester at the Allstate Sugar Bowl in New Orleans, La., in mid-February.The Tigers close out the spring with return appearances in the FSU Matchup and the Clover Cup, before hosting the Clemson Invitational at The Reserve at Lake Keowee in March. This year’s ACC Championship will be held at The Reserve Golf Club in Pawleys Island, S.C., April 14-17.

This year’s NCAA Regionals will be held May 9-11 in Albuquerque, N.M., Ann Arbor, Mich., Stillwater, Okla., and Tallahassee, Fla. 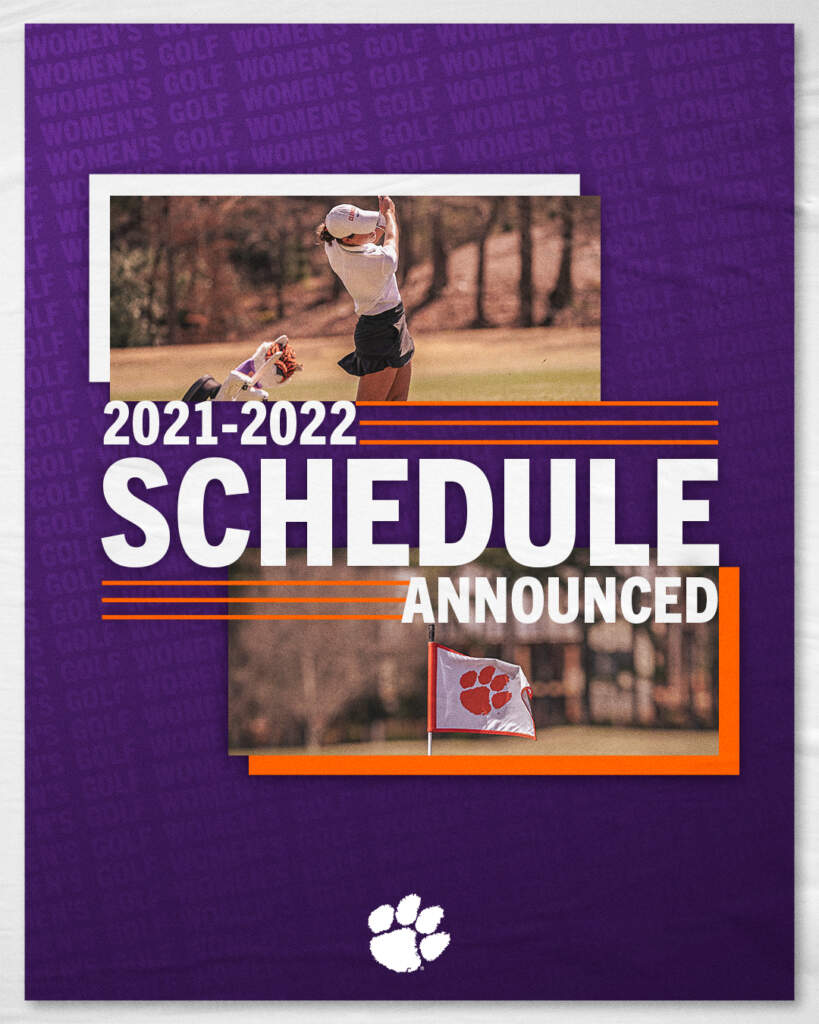