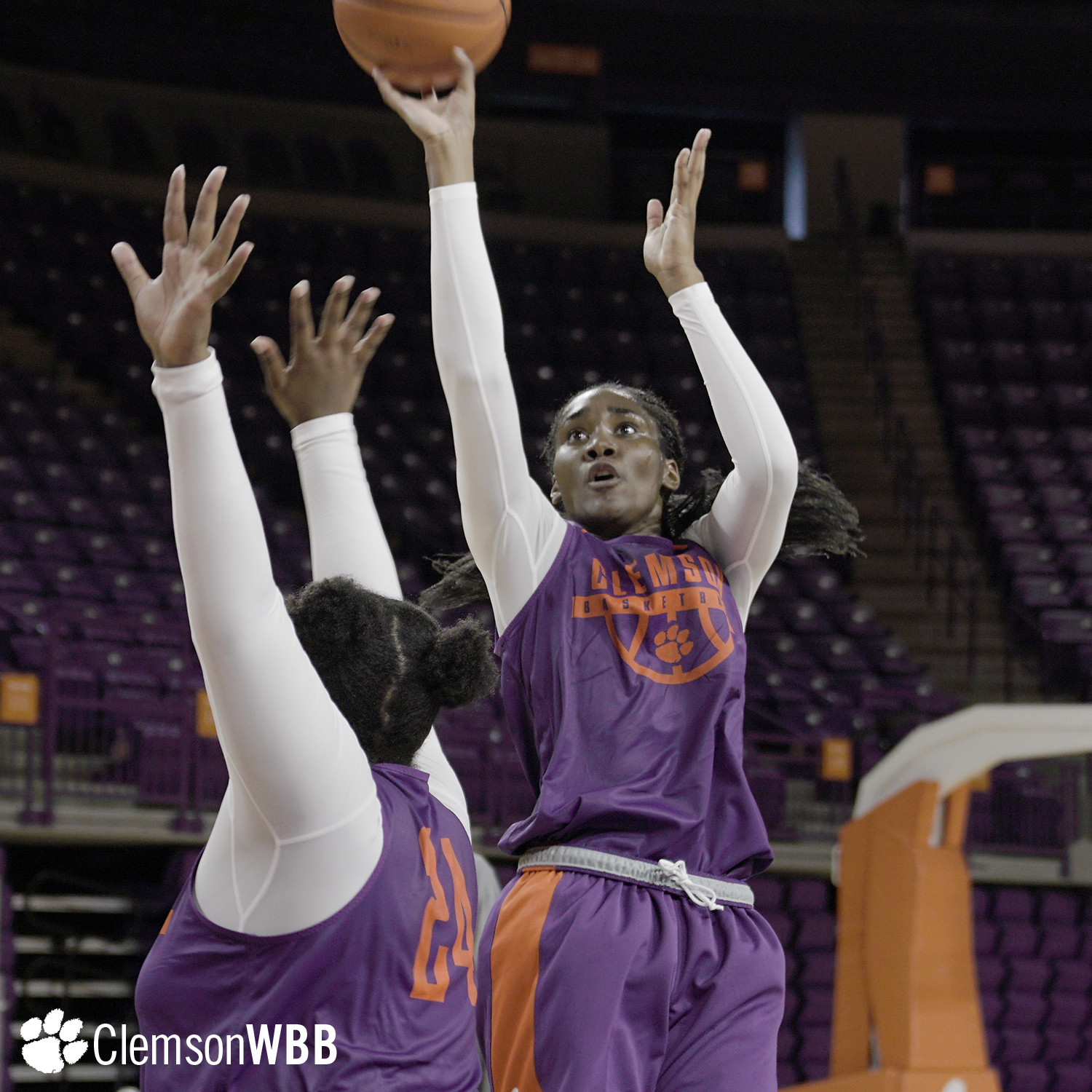 CLEMSON, S.C. – The Clemson women’s basketball season officially opened its 2017-18 campaign on Monday afternoon with its first practice of the year on the main court in Littlejohn Coliseum.

Head Coach Audra Smith, who is entering her fifth season at the helm of the program, led the Tigers to dramatic improvement last season after finishing the year with a 15-16 record, 11 more wins than the previous year. The program looks to continue to build on the successes of last season, particularly with five starters and 11 out of 13 letterwinners returning to the 2017-18 squad.

At the guard position, the Tigers return three starters in juniors Aliyah Collier (10.0 ppg, 7.9 rpg) and Danielle Edwards (9.7 ppg, 2.4 apg) and senior Alexis Carter (5.0 ppg), as well as sophomore Jaia Alexander (7.1 ppg) as a key contributor off the bench.

On the wing, senior Nelly Perry (12.7 ppg, 2.4 apg) returns, as well as redshirt junior Francesca Tagliapietra, who will be back on the court for the Tigers after sitting out the majority of the past two seasons due to injury.

In the post, senior Ivy Atkism returns after starting all 31 games for the Tigers a season ago, while Kobi Thornton, a 2017 ACC All-Freshman Team selection, is back for her sophomore season after averaging 9.0 points per game, 5.7 rebounds per game and 1.1 blocks per game as a rookie a year ago. Junior Sirah Diarra is also back after serving in a reserve role in the post in 2016-17.

Clemson hosts exhibition games on Sunday, Oct. 29 vs. North Greenville and Sunday, Nov. 5 vs. Belmont Abbey, before opening the regular season on Friday, Nov. 10 with an 11 a.m. game against Kennesaw State at Littlejohn Coliseum. Season tickets are on sale now and can be purchased online at ClemsonTigers.com or by phone at 1-800-CLEMSON.