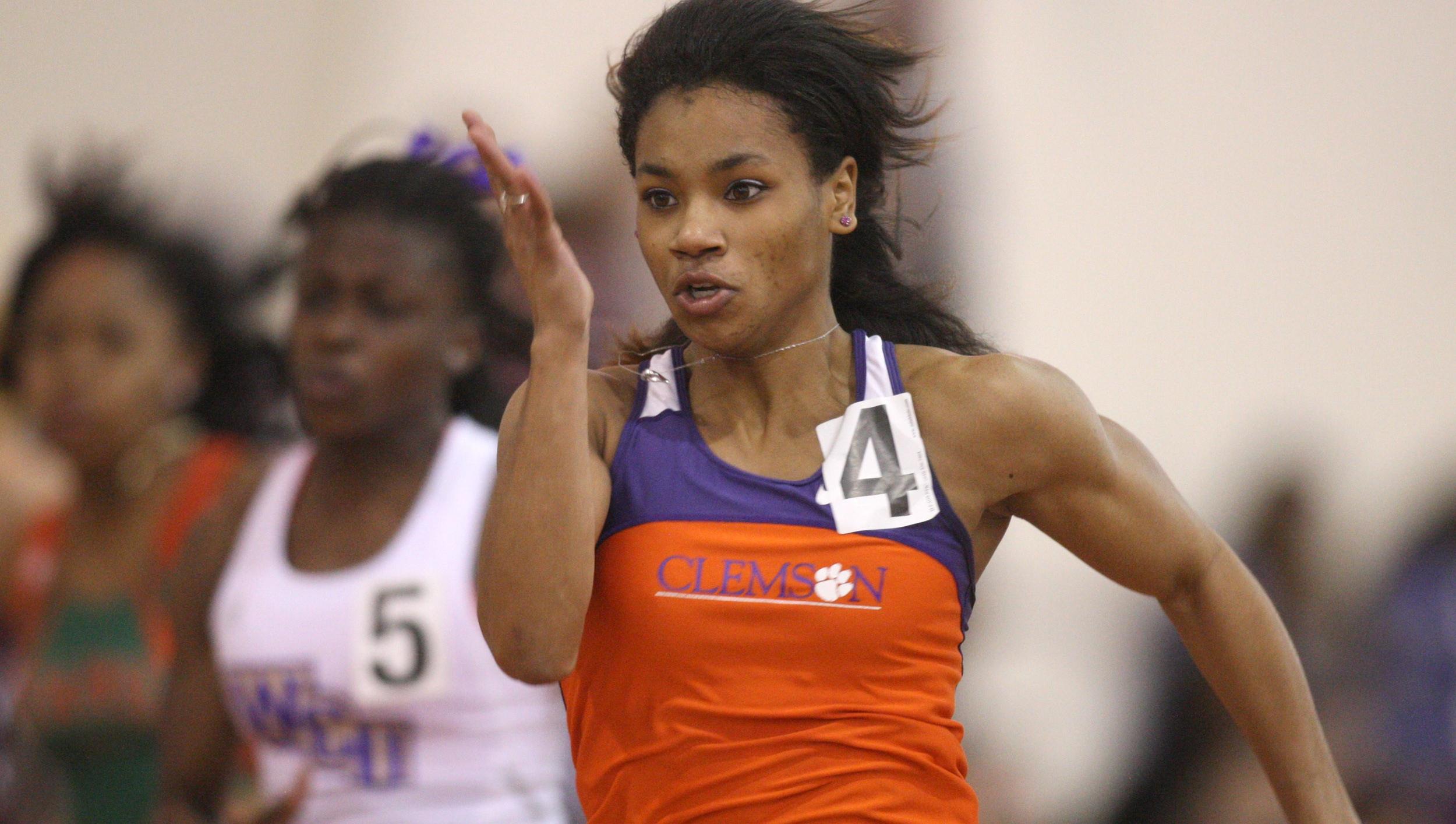 CLEMSON, SC – The Clemson women’s track & field team retained the top spot in the national rankings released Tuesday by the U.S. Track & Field and Cross Country Coaches Association (USTFCCCA). Clemson, who began preseason as the nation’s No. 1 ranked team, has already seen three school records fall in the early portion of the 2013 indoor slate. The rest of the top five is made up of Kansas, Oregon, Texas A&M and Arkansas. Clemson will see several of those teams in two weeks at the New Balance Invitational in New York City.Brianna Rollins got the team off to a strong start by running an NCAA record in the 60-meter hurdles on Jan. 11 at the Tiger Challenge. The senior from Miami, FL posted a time of 7.78 to break the previous mark of 7.84 held by Southern Cal’s Ginnie Powell. Rollins was subsequently named USTFCCCA National Athlete of the Week and ACC Performer of the Week for her efforts.Dezerea Bryant also broke a Clemson sprinting record, as she ran to a time of 7.19 – tied for the best in the country this season – in the 60 dash final at the same meet. Bryant also owns the NCAA’s fifth-best time in the 200 dash, clocking a Clemson Indoor Track record 23.52 on Jan. 11. Rollins is tied for sixth in the 200, having turned in a time of 23.59 last weekend at Auburn. Another senior, Stormy Kendrick, is currently tied for 11th on the descending order list in the 60 (7.38).Clemson hurdlers are ranked one through four, in order, in the NCAA so far this season. Behind Rollins, junior Bridgette Owens owns the second-best time at 8.17. Jasmine Edgerson (8.18) and Keni Harrison (8.19) are third and fourth, respectively.Whitney Fountain, a multi-event athlete, is third in the NCAA standings in the pentathlon. The Bronx, NY native produced a personal best total of 3,998 points at the season opener on Dec. 1. Fountain is scheduled to compete again in the pentathlon this coming weekend in Lexington, KY.Mimi Land is the only freshman on the team to rank among the nation’s top 20 in an event. In fact, the Albany, GA product ranks among the top 20 in two events. She is currently tied for eighth in the high jump, having cleared 5’8.5″ last weekend at Auburn, and tied for 20th in the long jump with a 19’8″ mark at home on Jan. 11.Brittney Waller is the final Tiger listed among the nation’s top athletes in an event. The senior is fifth in the 20-pound weight throw after established a Clemson record 68’10.75″ at Auburn over the weekend.