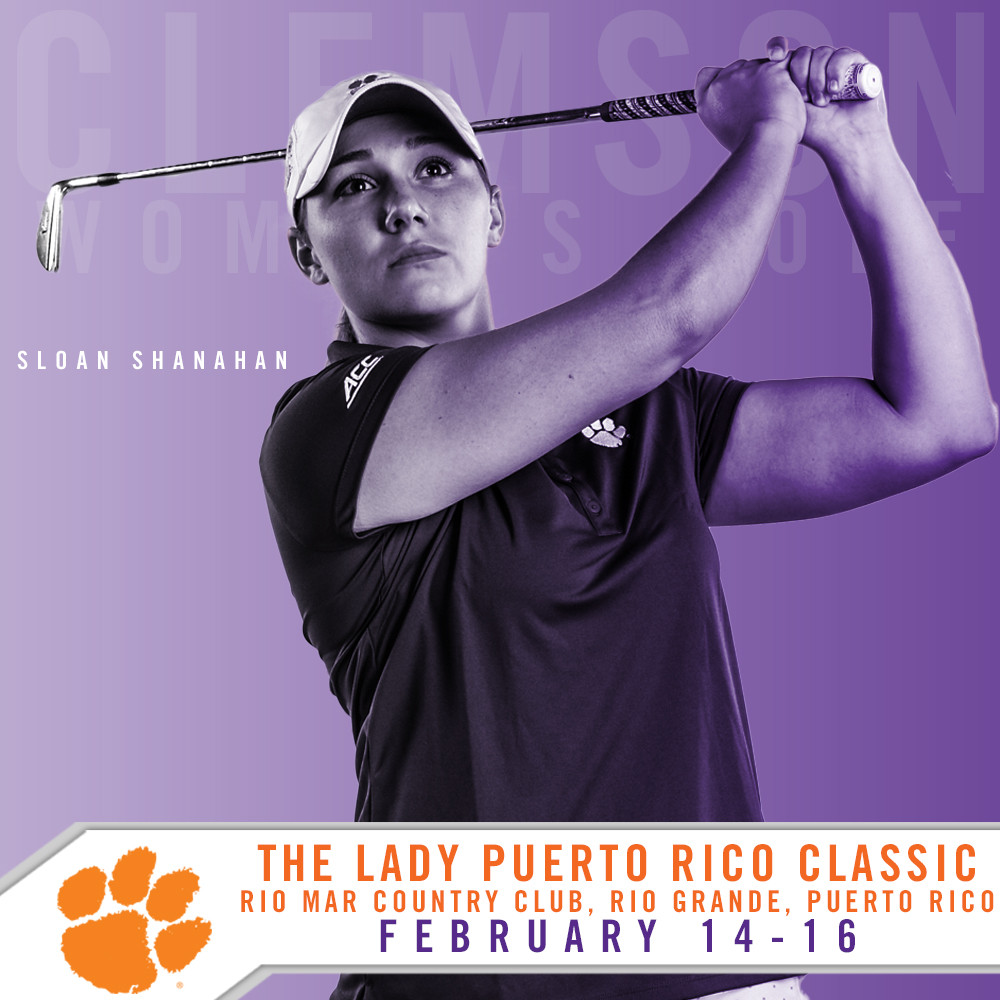 Clemson, S.C.—Clemson’s women’s golf team begins the spring portion of its third season on Sunday at the Lady Puerto Rico Classic at Rio Mar Country Club in Rio Grande, Puerto Rico.  Clemson is ranked No. 29 in the latest Golfweek poll.  J.T. Horton’s team will be one of nine teams in the 16-team field ranked among the top 30 in the nation.  Competition will run Sunday through Tuesday next week.

Clemson Fall:  Clemson had a successful fall with three top five finishes in four events…top finish was second out of 16 teams at Yale Intercollegiate…individually Clemson had three first place finishes with Alice Hewson winning co-medalist honors at the Cougar Classic and medalist honors at the Lady Paladin…Lauren Stephenson was co-medalist through regulation play at Yale before losing in a playoff to Emily White of Michigan…Clemson finished fifth out of 20 at the Cougar Classic, tied for fourth out of 17 at the Lady Paladin and second at Yale…..Clemson was tied for 10th out of 18 at the Landfall Tradition.

Other Notes:   Clemson will bring two freshmen, a sophomore and two juniors to the Lady Puerto Rico Classic…freshmen Alice Hewson (71.75) and Lauren Stephenson (72.83) lead the team in stroke average through the four fall events….they are also the top two Clemson players in birdies, as Hewson leads the team with 46 and Stephenson has 42….Sloan Shanahan is third at 74.17 and Jessica Hoang is fourth at 76.11….the fifth player in Clemson’s lineup for the opening tournament is Sydney Legacy, a sophomore who was the national junior college champion last year….she entered Clemson in January and this will be her first career event for Clemson…this will be Jessica Hoang’s 24th career event, more than any other Clemson golfer…the 16-team field for the Lady Puerto Rico Classic includes three top 10 teams, six top 20 and nine top 30.