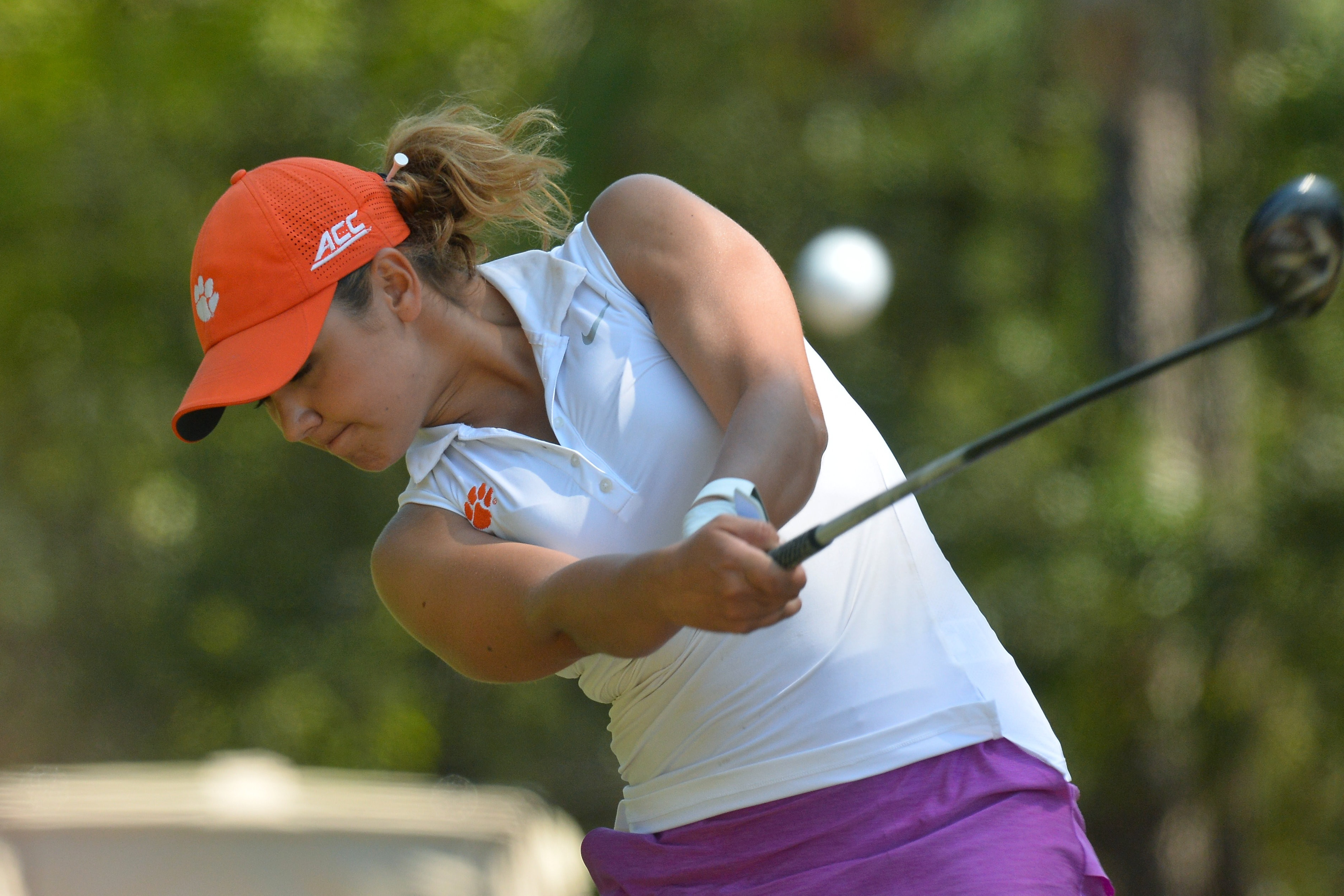 Clemson returns all five starters from last year’s team that finished 20th at the NCAA National Tournament, the highest finish in the four-year history of the Tigers program.

Clemson is led by junior Alice Hewson, a two-time first-team All-ACC selection who established a school record for stroke average last year with a 72.39 average.   Hewson played in both the US Amateur and the British Amateur this past summer and also played in some international competition for her home country of Great Britain.

Ana Paula Valdes is a sophomore who was second on the Clemson team in stroke average last year at 74.28.   The native of Mexico was Clemson’s top player at the ACC Championship where she had three consecutive rounds of even par 72. She was named to the Academic All-ACC team a year ago.

Marisa Messana is the only senior in the Clemson lineup.   The three-time Academic All-ACC and Academic Scholar selection by the Coaches Association was Clemson’s top player in the final round of the NCAA Regional in Athens, helping the Tigers clinch their first NCAA National tournament bid.

Kennedy Swann is a fourth returning starter from last year’s NCAA Tournament team.   She joined the squad in January after graduating from high school in Austin, Texas a semester early. She responded by helping lead Clemson to its first tournament championship at the UCF Invitational in her first career event with a four under par score of 212.   She finished last year with a 75.83 stroke average.

While Clemson returns five starters from last year’s team, the Tigers will be without the services of Sidney Legacy this fall as she recovers from summer wrist surgery. Clemson’s No. 3 player from last year is expected to return in the spring.

Live stats scoring will be available at golfstat.com