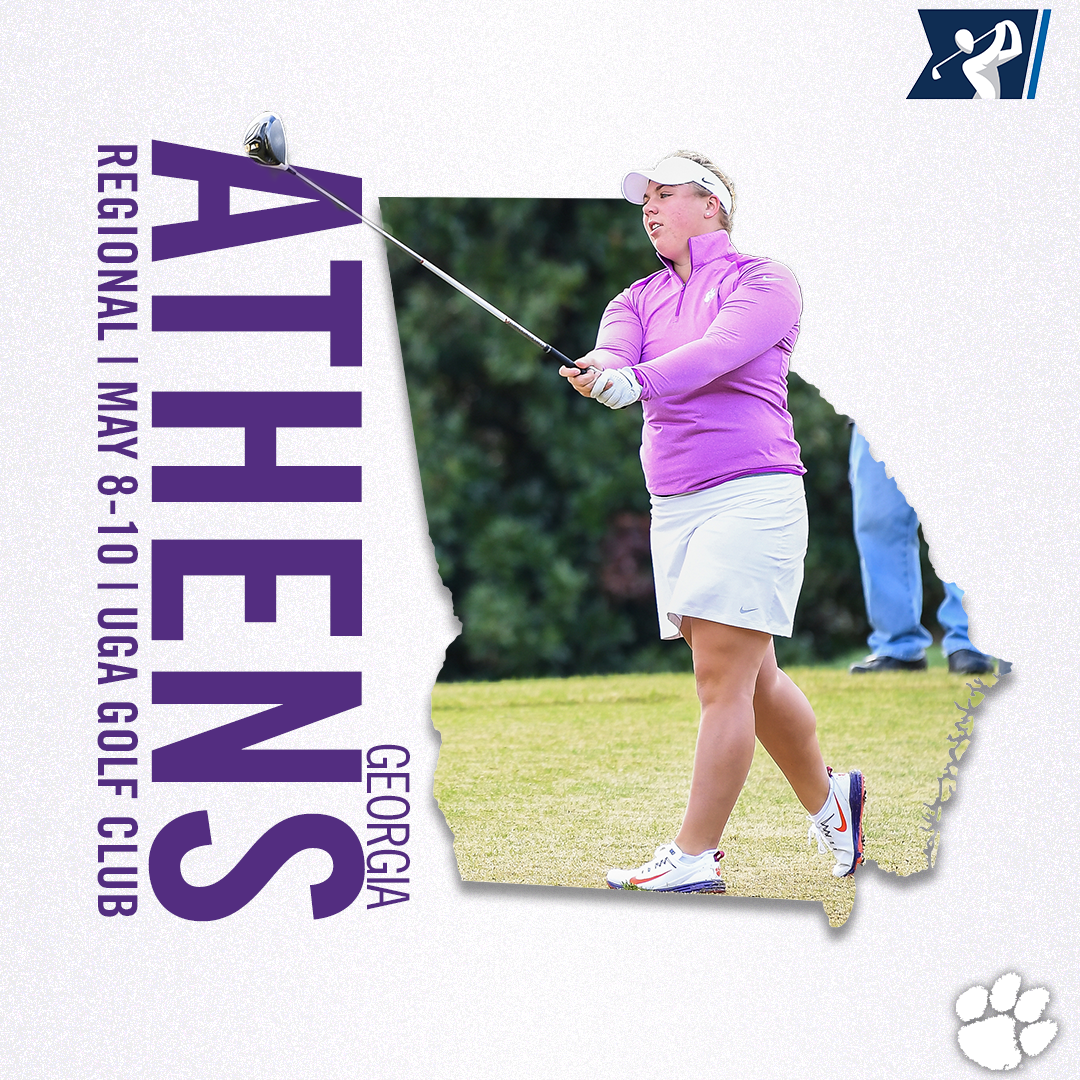 CLEMSON, S.C. — Kelley Hester’s first Clemson women’s golf team was selected to the 2017 NCAA Tournament on Thursday. The announcement was made on The Golf Channel.

Clemson will play in the Athens (Ga.) Regional. Clemson is the No. 10 seed in the 18-team tournament.

The three-day, 54-hole event will be played, May 8-10 at the UGA Golf Course. Clemson will have to finish in the top six of the regional to advance to the NCAA National Tournament at Rich Harvest Farms Golf Club in Sugar Grove, Ill., May 19-24.

This is the 13th NCAA appearance for Hester in 16 years as a head coach. She has taken five teams to NCAA Nationals, including last season when she was the head coach at Furman.

This year, Hester has led Clemson to five top-five finishes against a schedule that is ranked 24th best in the nation by Golfweek. Clemson is coming off a program-best fifth-place finish at the ACC Tournament at Pawley’s Island two weeks ago. In February, the program won its first tournament, the UCF Challenge in Orlando, Fla.

Clemson is led by sophomore Alice Hewson, who is ranked 25th in the nation by Golfweek and 31st by Golfstat. The native of the United Kingdom has five top-10 finishes in Clemson’s 10 tournaments and has a 71.83 stroke average, on pace to be the best in Clemson history for a season. She finished 20th at the NCAA Regional at Shoal Creek (Ala.) last year as a freshman.

Ana Paula Valdes is second on the team in stroke average at 73.93. The freshman from Mexico finished eighth at the ACC Tournament, the best individual finish on record for a Clemson women’s golfer at the league event. She had three consecutive rounds of even par 72, the first Clemson women’s golfer to have three straight rounds of par or better at the ACC Tournament.

This will be Clemson’s third appearance in four years in the NCAA Regional Tournament. Clemson finished 13th out of 24 teams in 2014 and eighth out of 18 teams last year.