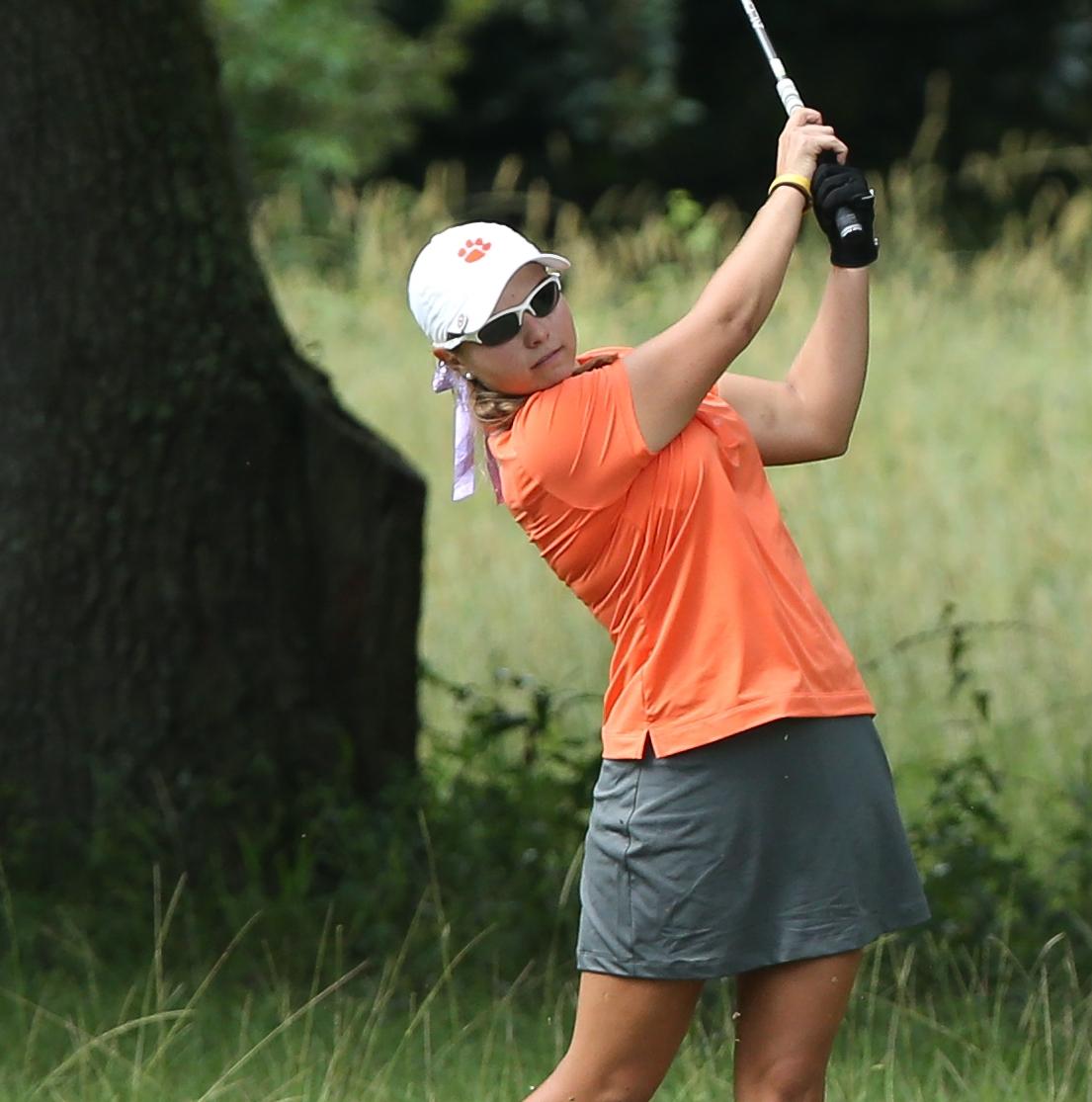 Clemson, S.C.—Kelley Hester’s Clemson golf team returns to the course on Monday at the Greenville Regional Preview in Greenville, N.C.   It will be Clemson’s first action in 13 days.   Clemson finished third at the Schooner Fall Classic in Oklahoma and 17th at the Cougar Classic in Charleston in the first two events of the year.

The Greenville Regional was to be held at Ironwood Country Club, but flooding in the aftermath of Hurricane Matthew forced the tournament to relocate to the par-72, 6122-yard Brook Valley Country Club.  The 54-hole event begins with two rounds Monday followed by Tuesday’s final round.  Both days begin with an 8:30 a.m. shotgun start.

Clemson will have a lineup composed of one senior, two juniors, a  sophomore and a freshman.   Alice Hewson, ranked 29th nationally in the latest Golfweek Sagarin rankings, leads the way with a 70.33 average through two tournaments and six rounds.   The native of Great Britain is seven-under-par for her six rounds.

Sydney Legacy and Marisa Messana are the two juniors in Hester’s lineup.  Legacy has a 72.67 average for two tournaments, while Messana stands at 74.33.   Freshman Ana Paula Valdes has the third best stroke average on the team at 73.50.   Senior McKenzie Talbert will make her first start of the year.  Senior Jessica Hoang will play the event as an individual.