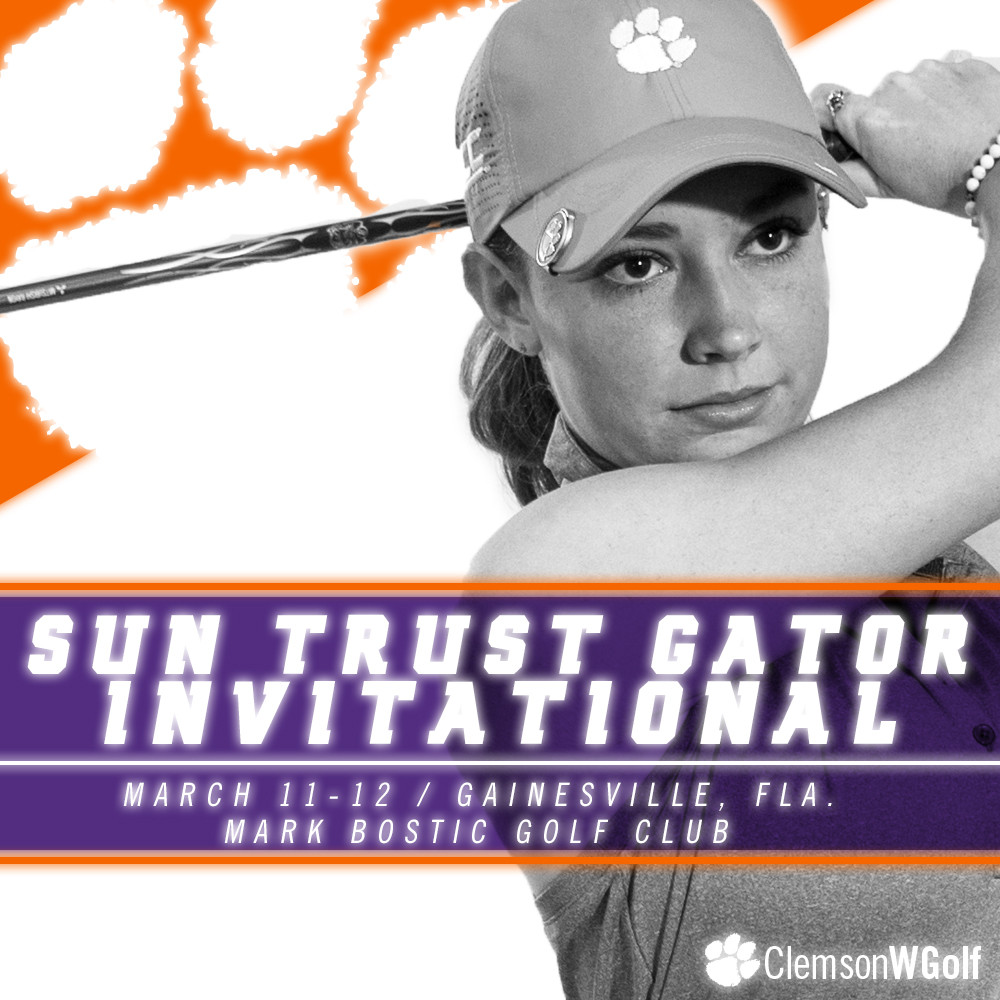 Clemson, S.C.—After a strong showing in their last two tournaments, the Clemson women’s golf team travels to Gainesville, Florida this weekend for the Sun Trust Gator Invitational at the Mark Bostick Golf Club.   Clemson will be one of 13 teams in the field that will include host school Florida, who is ranked sixth in the nation in the latest listings by Golfweek and Golfstat. Tenth ranked Duke also will be in the field.

Clemson has a win and a sixth-place finish in its first two events of the spring after getting a pair of top five performances in the fall. Clemson won the UCF Challenge in Orlando, Fla. on Feb. 5-7, then finished sixth out of 17 teams at the Allstate Sugar Bowl in New Orleans on Feb. 20.

Kelley Hester’s Tigers began the year outside the top 50, but have improved to a No. 33 national ranking according to Golfweek and No. 38 by Golfstat.

Clemson is led by sophomore Alice Hewson, who has a 71.22 stroke average with four top five finishes in six tournaments this year. She has nine under-par rounds, including four rounds in the 60s. She has finished fifth in the two spring tournaments so far this year.