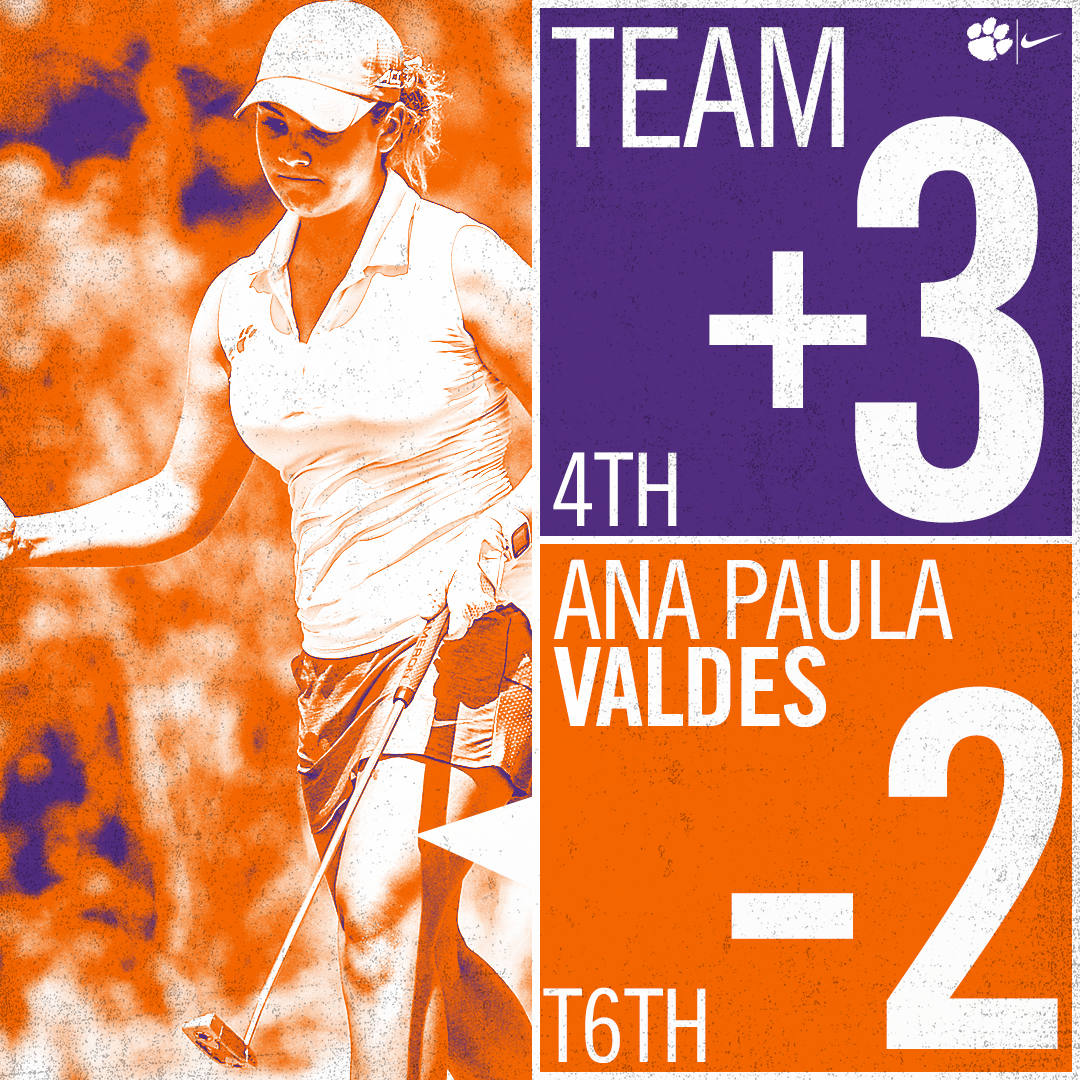 Clemson, S.C.—Kennedy Swann shot a made a 12 shot improvement over her first round and fired a career best 69 to lead Clemson in the second round of the Schooner Fall Classic at the University of Oklahoma. Clemson stands in fourth place out of the 13 schools in the field competing over the par 71 course.

While Clemson is in fourth place with a 571 total, Kelley Hester’s Tigers are just one shot out of second. Third ranked Alabama leads the field at 562, with Florida and Texas A&M tied for second at 570. Clemson is fourth at 571, one shot ahead of host school Oklahoma. Florida State and Notre Dame, two more top 15 schools.

Swann had a career high five birdies and three bogeys in registering her first round in the 60s for the Tigers. She played the last three holes at two under par to gain momentum heading into the third and final round on Monday.

Alice Hewson and Ana Paula Valdes are both tied for sixth through 36 holes with 140 scores. Hewson had an opening round 67 and shot 73 on Sunday, including a birdie on the last hole.   Valdes had a 68 in the first round and a 72 on Sunday to also shoot 140 for the first 36 holes.

Ashley Czarnecki is on her way to her best finish as a Tigers after shooting a 72 on Sunday. She has a 147 total and just five over par through two rounds. Senior Marisa Messana has had rounds of 75-76 and stands at nine over par 151.

The final round of the 2017 Schooner Fall Classic women’s collegiate golf tournament will be televised live by Sooner Sports TV on Monday, Sept. 25 from 1:00-3:30 p.m. CT on Fox Sports Southwest and Fox College Sports Pacific.

The broadcast marks the first time that Sooner Sports TV has televised a live women’s golf event and will cover the final round of the 54-hole tournament at the Belmar Golf Club in Norman, Okla. The channels will reach over 60 million households, and streaming will also be available through the FOX Sports GO app with cable package authentication.