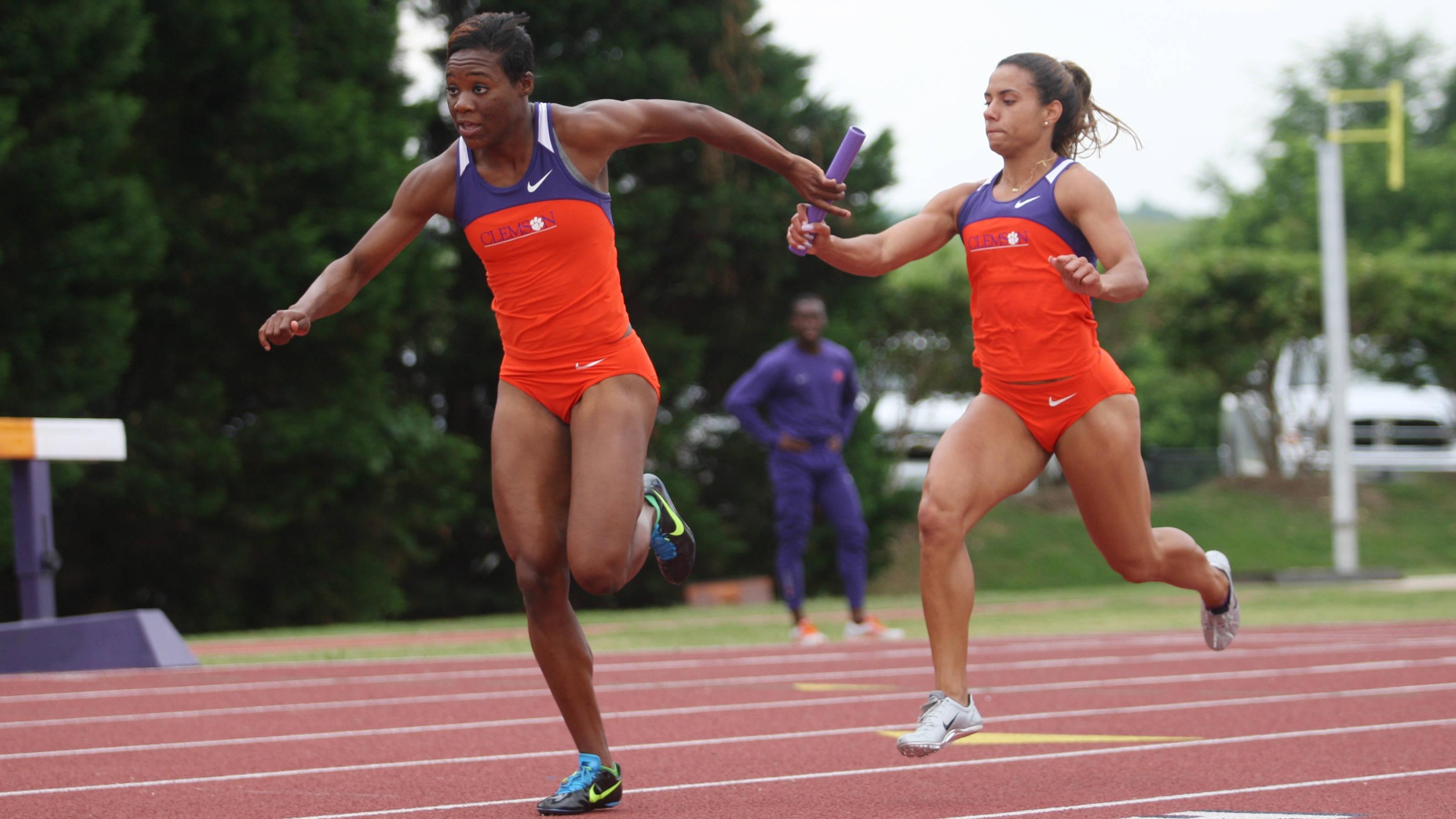 Clemson Women Debut Outdoor Season at No. 10 in USTFCCCA Rankings

CLEMSON, SC – The Clemson women’s track & field team is No. 10 in the first edition of the 2013 outdoor national rankings compiled Tuesday by the U.S. Track & Field and Cross Country Coaches Association (USTFCCCA). The Tigers are coming off a sixth-place finish at the NCAA Indoor Championships, and tied for a program-best fourth place at last year’s NCAA Outdoor Championships.Kansas is atop the national rankings after tying Clemson for fourth at the 2012 outdoor NCAA meet. The Jayhawks are followed in the top five by Oregon, Arizona, LSU and Texas. Spots six through nine in the preseason computer rankings belong to (in order) Texas A&M, Florida, Arizona State and Stanford. Clemson is the only women’s team in the Atlantic Coast Conference ranked in the top 25 to start the 2013 outdoor season.The Tigers return athletes ranked in the top 10 of four different individual events, as well as their entire 4×100 relay that had the NCAA’s sixth-best time last spring. The top returner on the charts for the 100-meter hurdles nationally is Brianna Rollins, who produced a time of 12.73 at last season’s NCAA Championships. She owns a personal best of 12.70 and was silver medalist at last year’s outdoor nationals in the event.Marlena Wesh is fourth among all returnees in the 400-meter dash. She finished sixth in the event last season at the NCAA meet, but ran a personal best 51.43 in April to secure the ACC Championship and break the meet record. Keni Harrison is the nation’s fifth best returning 400 hurdler on time, as she compiled a season-best 56.72 at the NCAA East Preliminary Round in Jacksonville, FL last May. A final returning top-10 ranked athlete is Dezerea Bryant, who produced a season-best 11.29 in the 100 dash as a freshman in 2012.Bryant and Wesh teamed with seniors Jasmine Edgerson and Stormy Kendrick to record a season-best time of 43.43 in the 4×100 relay at the NCAA Outdoor Championships last June. That group earned the bronze medal and has competed in the last three national finals.The top returning ranked field event athlete is senior Jasmine Brunson in the triple jump. She holds the 11th-best mark among eligible student-athletes. She jumped 42’11” on March 23 last season, an outdoor personal best for the Bermuda native and the fifth-best mark in Clemson history.The Tiger women return to action this weekend to compete in the FSU Relays on Friday and Saturday at Mike Long Track in Tallahassee, FL.