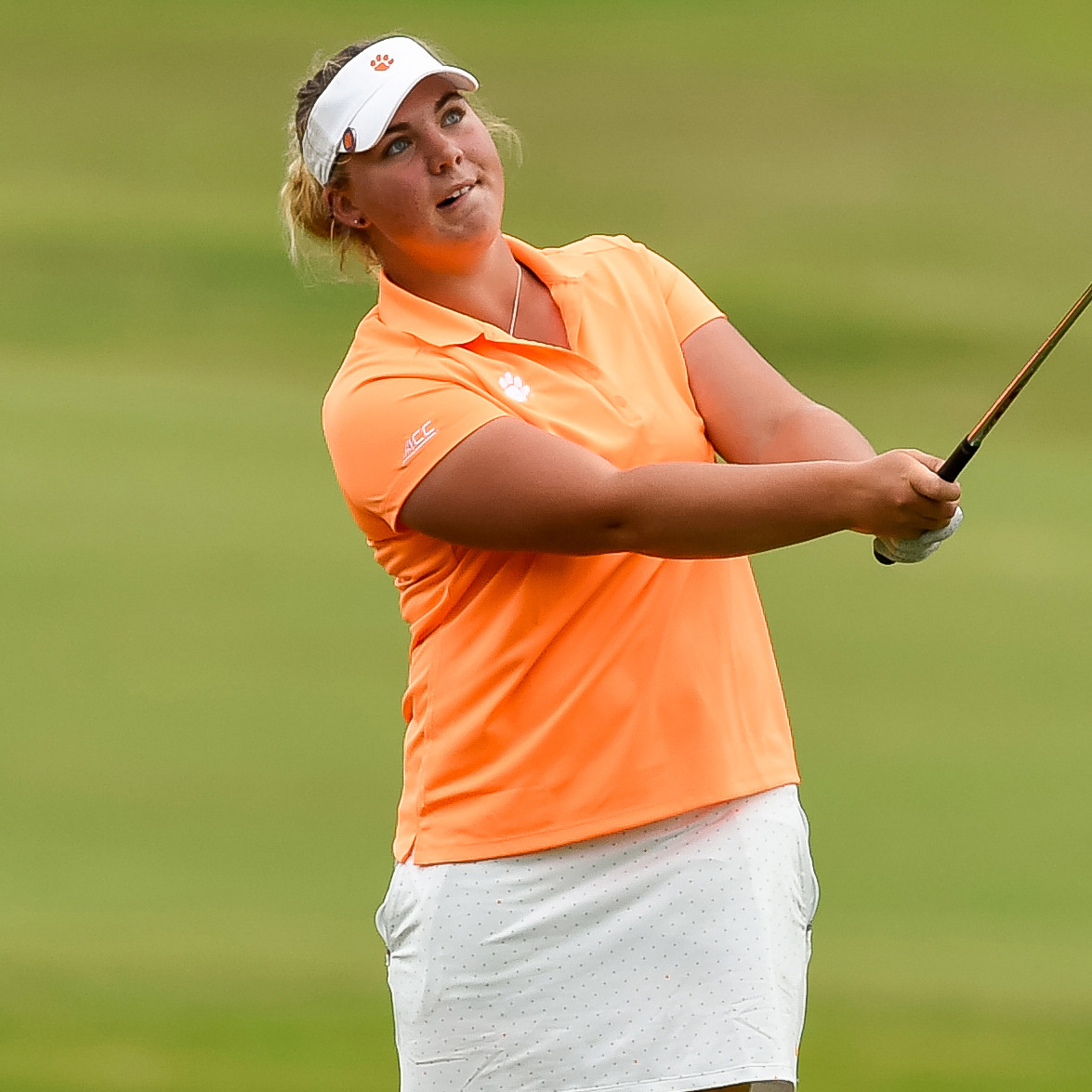 Clemson, S.C.—Sophomore Alice Hewson and freshman Kennedy Swann each had consecutive rounds of 74 on Friday to lead Clemson to an eighth place standing after two rounds of the LSU Tiger Golf Classic at the LSU University Course in Baton Rouge, Louisiana.   The 15-team field played 36 holes on Friday in anticipation of inclement weather on Saturday. The tournament will conclude on Sunday afternoon.

Hewson’s consecutive rounds of two over par included an eagle on the par five sixth hole in the second round, just the second eagle of her career. She had eight birdies over the two rounds, most among the Tigers and just two off the tournament lead of 10.

Swann’s 36 holes and consecutive rounds of 74 on Friday included 24 pars, tied for fifth in the field of 90 golfers and most among the Clemson golfers.   She had two birdies, two bogeys and a double bogey in the second round. Both Hewson and Swann are tied for 17th individually.

Ana Paula Valdes, Clemson’s top golfer in the previous tournament, had rounds of 77 and 75 on Friday and is a in a tie for 39th place individually.   Senior Jessica Hoang had six birdies on the day and had rounds of 76-79 for a 155 total.

Ashley Czarnecki, playing in her first career tournament, had rounds of 79 and 78.   Marisa Messana is playing the event as an individual and had a 74 in the first round, then scored a 79 in the second. She is tied for 44th individually with a 153 score.

“These were windy, tough conditions and we fought hard for 36 holes, but we made too many big numbers on some holes,” said Head Coach Kelley Hester. “We will let the storm go through on Saturday and finish strong on Sunday.”