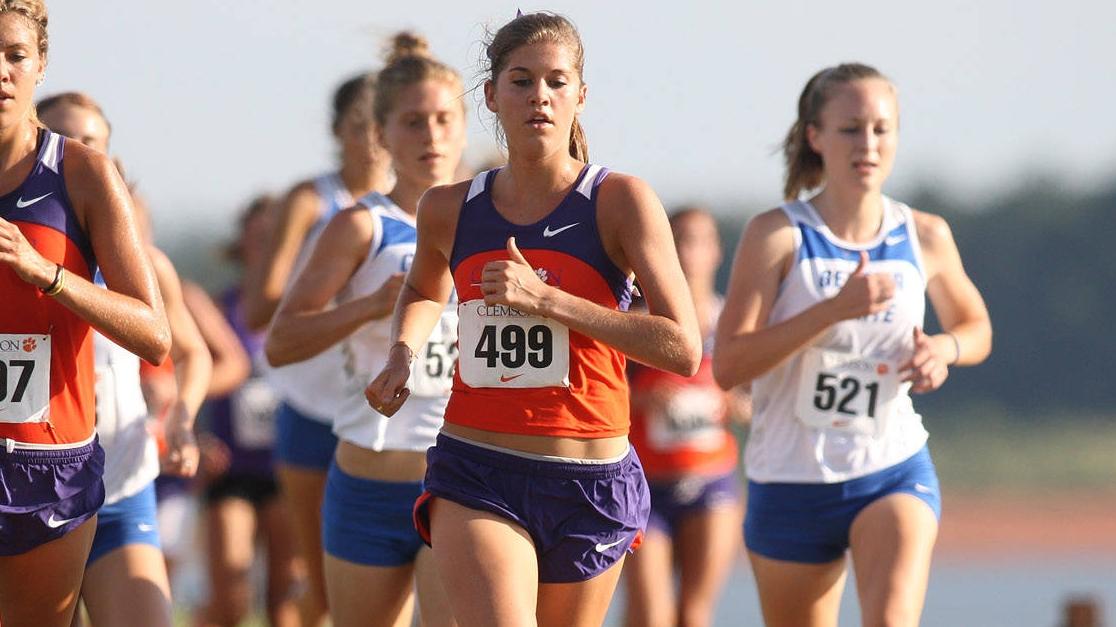 CHARLOTTE, NC – Kate Borowicz and Erin Barker earned all-region honors Friday after leading the Clemson women to a seventh-place team finish at the NCAA Southeast Regional Championships in Charlotte, NC. Aaron Ramirez also earned his first all-region honor to lead the Tiger men’s team at Charlotte’s McAlpine Park.Duke ran away with the women’s title, accumulating 82 points to defeat runner-up William & Mary by a 42-point margin. NC State (147) was third, followed by Kentucky (173), North Carolina (195) and James Madison (225). Clemson tallied 239 points, besting ACC rival Virginia by a 12-point edge.It marked the third straight top-10 team finish for the Clemson women, who were eighth in 2010 before a fourth-place effort last fall. In addition, Clemson had at least one female all-region runner for the fifth consecutive season – the longest such streak for the program since the 1983-87 era under Head Coach Wayne Coffman.Borowicz collected the first all-region honor of her career by leading the Tigers in 21st place. The Greenville, SC native produced a time of 21:09.87, easily topping her previous personal best over 6,000 meters. Borowicz, who finished fifth at the Charlotte Invitational on the same McAlpine Park course earlier this fall, showed great improvement over a 43rd-place finish at the regional meet one year ago.Barker was all-region for the second straight season, but first time as a member of the Tiger squad. She earned the accolade in 2011 as a Furman Paladin before completing her eligibility this fall with Clemson. Barker, also from the Upstate (Easley, SC), had a time of 21:13.51 – just two seconds off her season-best time from the ACC Championships two weeks ago.A third Clemson student-athlete finished in the top 30 of the women’s race. Natalie Anthony, a junior from Randolph, NJ, put together a second straight top-30 finish at the regional level by crossing the line in 29th. She had a time of 21:26.35, meaning Clemson’s top three had a solid 17-second split between them.The final two scorers for the Tiger women’s team were Cara Talty – who finished 75th with a time of 22:08.74 – and Alyssa Henshaw, who was 90th after recording a 6K mark of 22:20.01. Brianna Blanton was one spot behind Henshaw in the first non-scoring position.The men’s team finished 16th out of 34 teams. Virginia (64) held off Eastern Kentucky (75) in a competitive men’s team competition. NC State, Virginia Tech and Duke rounded out the top five finishing teams Friday.Ramirez capped a fantastic individual season with a 21st-place finish – his first all-region performance as a Tiger. Last season at the same meet, Ramirez was 70th. He produced a 10,000-meter time of 30:40.81, nearly 78 seconds ahead of his time at Louisville’s Sawyer Park over the same distance last fall at Southeast Regionals. It gave the Tiger men’s program a second straight all-region performer, following Ty McCormack‘s effort in 2011.The remainder of Clemson’s scoring spots were taken by Martin Maloney (89th), Kevin Ketner (90th), and freshmen Travis Christenberry (111th) and Roland Hakes (120th). It was the first regional meet experience for three of Clemson’s five scorers.