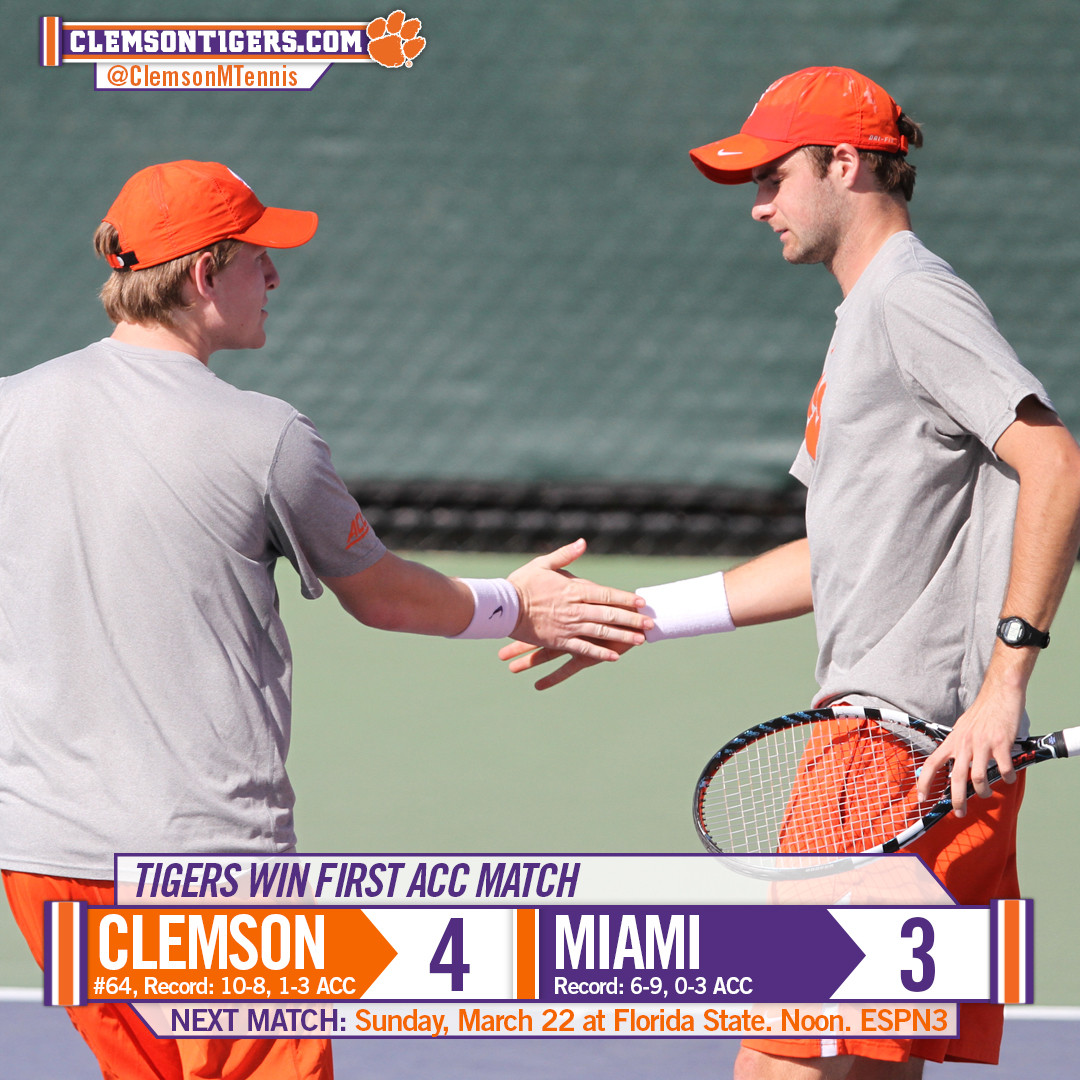 Clemson Wins First ACC Match of the Season Over Miami

CORAL GABLES, Fla. – The Clemson men’s tennis team picked up its first ACC win of the season Friday afternoon on the road against Miami. The Tigers knocked off the Hurricanes 4-3 to improve to 10-8 overall on the season and 1-3 in ACC play. Miami fell to 6-9 overall (0-4 ACC) with the loss.

In doubles, Clemson clinched the point with a tiebreak win at No. 1. Hunter Harrington and Alejandro Augusto played together, just as they did earlier this season, and won the match 8-7(5). Prior to that, the Tigers’ duo of Luke Johnson and Robert Dudley, playing together for the first time this season, won at No. 2 doubles, 8-4.

In singles play, Clemson clinched the match with wins in the bottom half of the lineup. Austin Ansari, Johnson, and Hampton Drake were victorious at No. 4, No. 5 and No. 6 singles, respectively. Ansari and Johnson rolled through their matches, with Ansari winning 6-4, 6-0 and Johnson taking his match 6-0, 6-1. The singles victory was the fifth in a row for Johnson. Harrington, ranked 91st nationally in singles, dropped a close decision at No. 1 to Miami’s Piotr Lomacki, ranked 74th in the nation, 7-6(5), 7-6(5).

Clemson next faces No. 27 Florida State on Sunday at noon in Tallahassee. The match will be broadcast live online on ESPN3. Live scoring is also available.