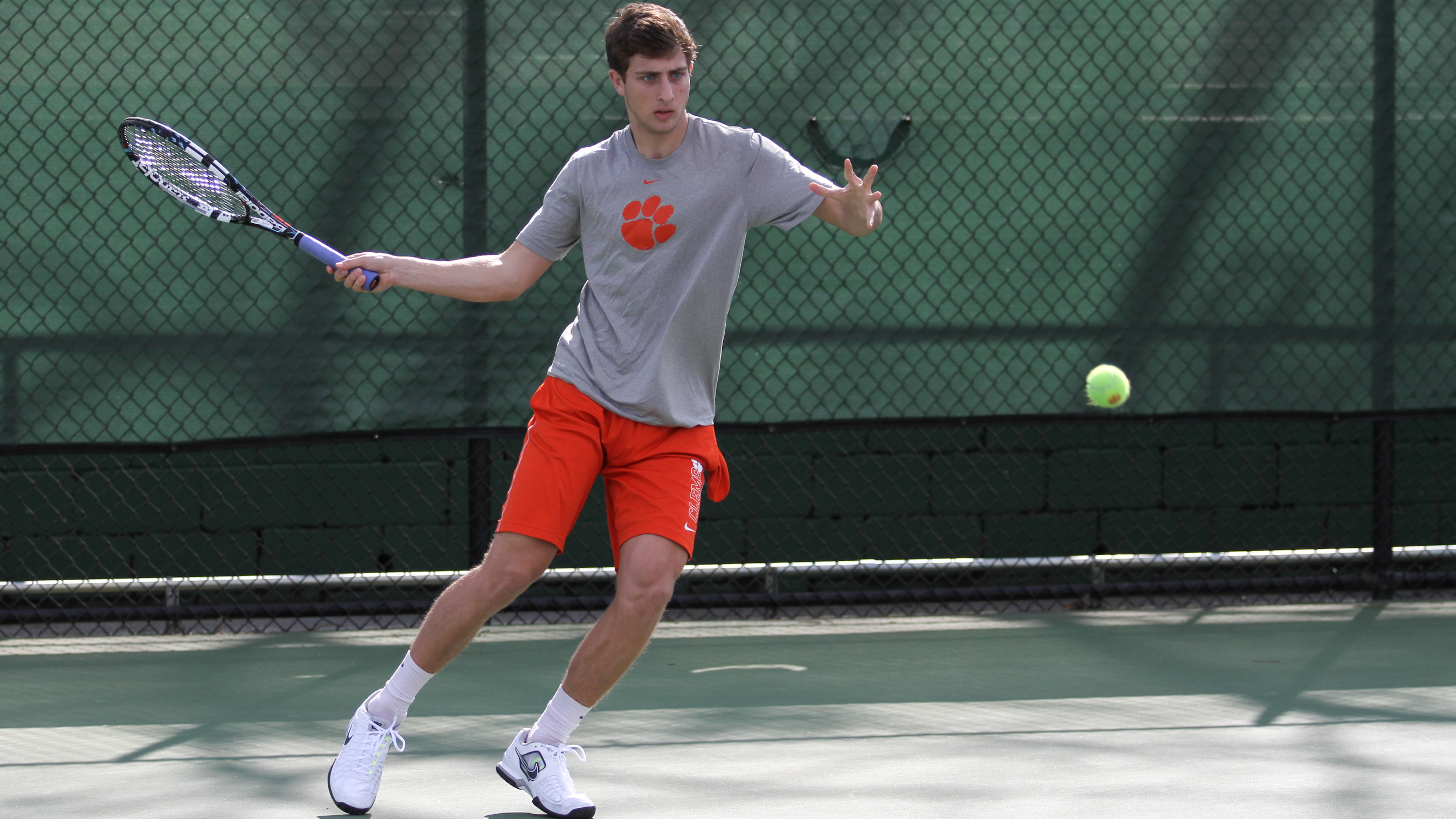 CLEMSON, SC-The Clemson men’s tennis team will play host to #35 Louisville on Sunday at the Hoke Sloan Tennis Center.  Match time is 11:00 a.m.    In the event of inclement weather, the match will be played at the indoor facility at the Hoke Sloan Tennis Center with ample seating for spectators.   Clemson, ranked 57th nationally, has a 7-1 record overall this season.    The Tigers are coming off a 5-2 victory over #45 Alabama on Friday afternoon.    The Tigers are led by Yannick Maden who has a 12-4 record overall, and a 6-1 mark in dual matches.     He along with his brother, Dominique compose the #10-ranked doubles team in the nation.   The Maden duo has a 15-3 record overall in doubles and a 5-0 mark in dual match play.     Louisville has a 7-5 record overall this season.   On Friday, the Cardinals defeated Eastern Kentucky 4-0 and Wright State 7-0 on Friday at Louisville, KY.     The Cardinals’ Sebastian Stiefelmeyer stands at number 115 in the latest ITA singles rankings with a 15-10 record in singles. Sophomore Chris Simich carries a team-best 18-7 record in singles and is 7-3 in dual matches, playing mostly at number-three singles. Louisville’s Albert Wagner and Alex Gornet are ranked 31st in doubles rankings with a 13-3 overall record, and a 6-2 mark in dual matches. This will be the fourth meeting between Clemson and Louisville in tennis.    The Cardinals lead the overall series that began in 1998, 3-0.