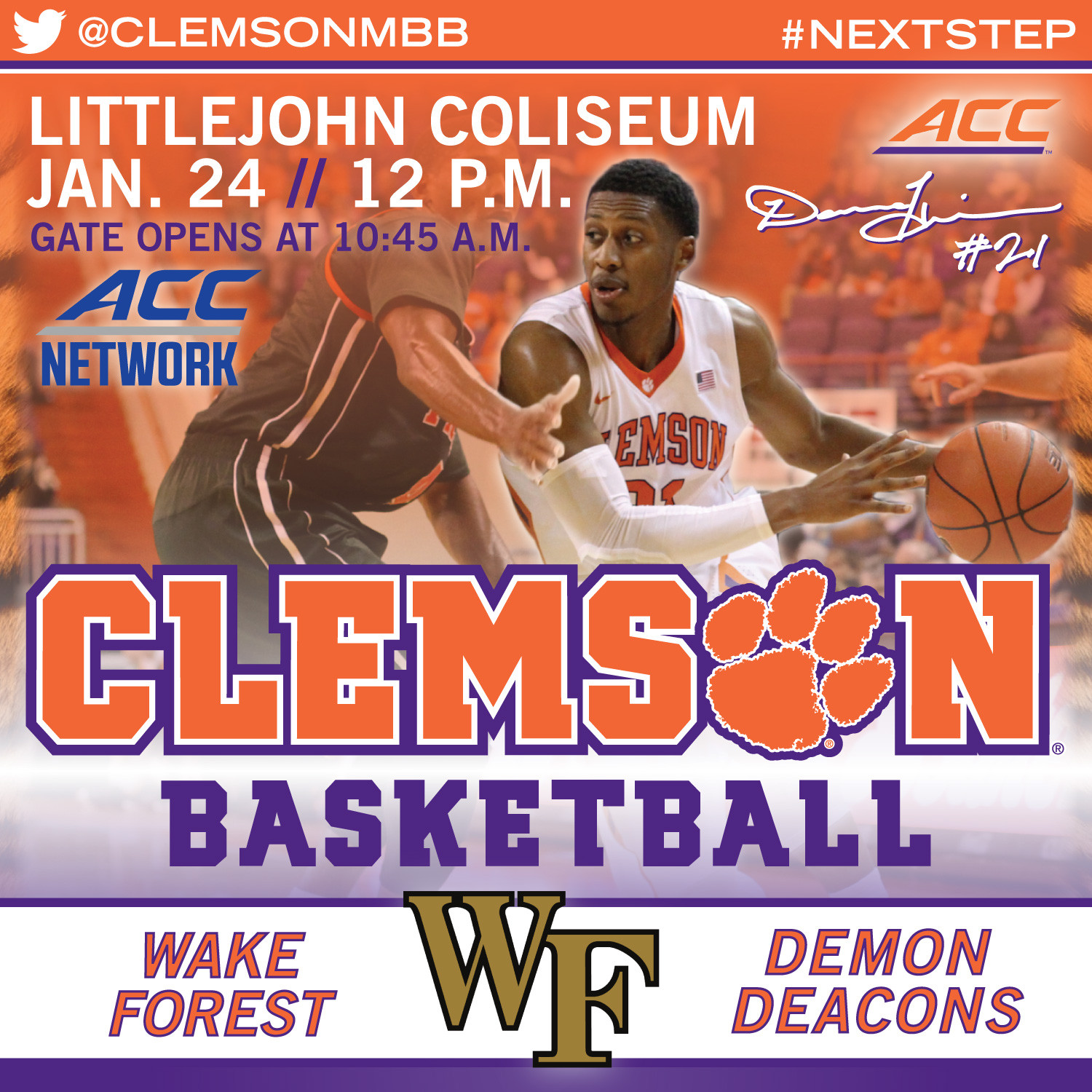 • Clemson is in search of its third ACC win of the season; both of the Tigers’ previous wins came on Saturday afternoon games.

• Brad Brownell is 5-1 as Clemson’s head coach against Wake Forest, including 4-0 at home.

• The Tigers split their most recent two games; Clemson beat Syracuse at home 66-53 on Jan. 17, but fell two days later by a score of 59-55 to visiting Florida State.

• Saturday is Military Appreciation Day in Littlejohn Coliseum. All current and former members of the military can purchase tickets at the discounted rate of $10 apiece.

• Rod Hall is the eighth player in school history to post at least 800 points and 350 assists in a career. Hall needs five assists to move into Clemson’s top 10.

• Jaron Blossomgame has reached double figures in 14 of Clemson’s last 15 games, and is the Tigers’ top scorer and rebounder in ACC play and overall.

• Sidy Djitte matched a career-high in the Florida State game on Monday with eight points; he scored eight consecutive late in the first half which included a career-high four made free throws.