Overall thoughts:“It was a good win by our team. I was really pleased with the way our guys defended for the full 40 minutes. We showed very good defensive discipline. I thought Furman did a good job out of the gate, got off to a good start in the game and had long possessions on offense. They really packed their zone back in there and we used some clock as well. It was a very low possession game for a long while and then we tried to increase the tempo a little and that helped. I thought our guys played well. They executed against the zone and scored pretty well early and then just pulled away when we got some steals.”

On the slower tempo his team exhibited tonight:“The really good teams are able to play all tempos. They can play in high-possession games and really score and they can get into the knockdown games and really grind it out if you have to. We’re fine with this. We’re not as good as potent offensively so some games are not as good for us. We certainly understand to bump and grind with some teams and willing to do that if necessary.”

On the 35 points given up being his fewest allowed in his time at Clemson:“I think we did a really good job on their two best players, [Stephen] Croone and [Larry] Wideman. Wideman didn’t score, which is really good for us. We wanted to limit his shots and baskets and I thought we did a really good job. And Croone is a dangerous player, a guy that can score with an attack mentality. We got him to turn the ball over several times and got him playing a little faster than he probably would have liked. I thought our guys stuck with the gameplan even though they [Furman] made a couple shots to start the game.”

On the defensive gameplan and emphasis on deflections:“We tried to be a little more active defensively, knocking some balls loose. We got some tonight and certainly it was better. We didn’t have very many in the Arkansas game and I thought we defended better tonight in terms of on-ball activity. Certainly for a little stretch there we blocked a bunch of shots and that helped.”

On the use of his starting lineups:“Starters with me is not that big of a deal. Obviously you bring in Ibrahim (Djambo) as a starter because Jaron [Blossomgame] hadn’t practiced. I felt like Jordan (Roper) had a good week and was ready to play well, and he did. Devin Coleman gave us great minutes off the bench, really shot the ball well and scored and that was good to see as well.”

On the setup of the schedule of the weeks leading up to the holidays“We’re giving them a bunch of days off, I think five and a half or six days off for Christmas and I think that’s important for this team with our trip to Italy. It’s been a long time since August and there’s a fear of mind that we’re going to run out of gas a little bit. I think this schedule is set up in mind that we would have a longer Christmas break than the two or three days we would normally get. But the guys can go home and decompress a little. We’ll encourage them to go the gym and get a couple shots up and do something physical once or twice. We knew that we weren’t going to play quite as much in December as opposed to November and that’s kind of just the way it worked out. When we get back we’ll just have to try to get our mind right and get ready for VMI.

Overall thoughts:“I think they are a terrific team, they really are, but I feel like we can learn a lot from this game.  We aren’t the first team they have done this to, so I was happy with our effort.  I obviously wasn’t happy with our execution, but I think there is a lot we can get from this.

“I think they stay with what they do and I thought we quit moving, we got a little bit tired and against a team like this you’re not going to score without ball movement and look to attack and when you put the ball on the floor they have two or three guys and that’s what great team defense is and you have to be willing to make the extra pass to score against a team like that.  They didn’t do anything that surprised me, but you have to be very consistent for 40 minutes to be able to score against these guys.”

On Jordan Roper‘s play:“The only thing I was disappointed with us was defensively we lost him in the zone, and we got a little bit tired with our communication and left him open. I thought there were some situations we could have gotten to, but they’re a good team and I knew tonight we would have to play terrific for 40 minutes to give ourselves a chance.”

On first season with the team:“We are so young and inexperienced and we are just trying to get better and learn from every experience and keep our effort and keep competing night in and night out and when we start to do that I think our execution will improve and we have a long ways to go but I think that our team and goals are going to be dramatically different team in February than we are today.” 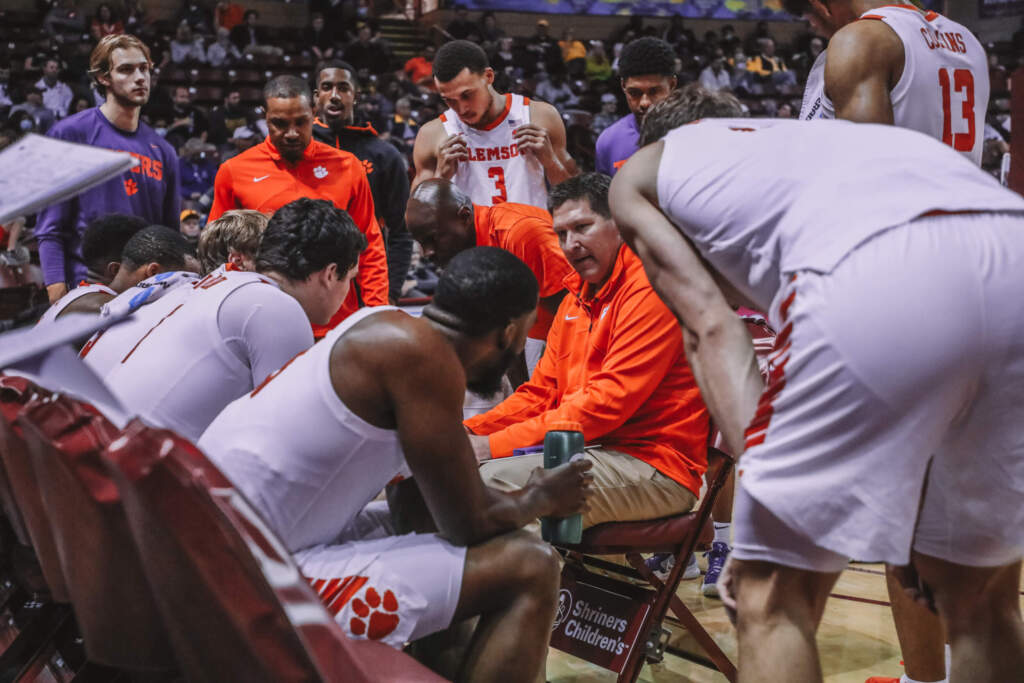