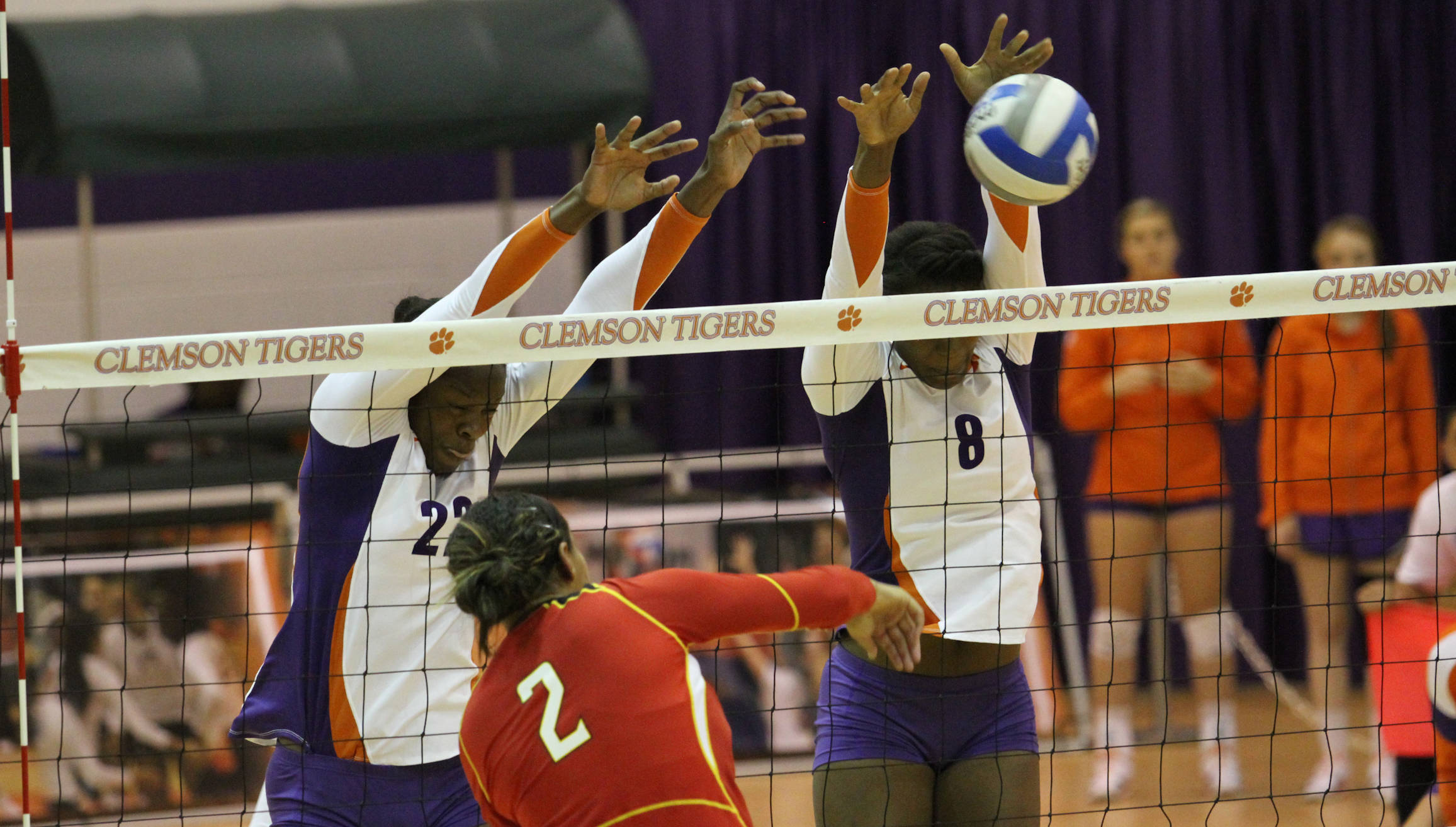 Both matches will be available for a fee online at the host schools’ respective websites, or can be accessed through the Clemson volleyball schedule page, along with live stats. Additionally, follow @ClemsonVB on twitter for in-match updates and items of note.

Clemson defeated both the Hokies and Cavaliers by 3-0 counts the first week of October. The Tigers improved to 39-15 all-time against the Cavs and 13-8 against Virginia Tech. The 39 wins over Virginia are the most by Clemson against any team.

Cassell Coliseum has been unkind to the Tigers over the years, where Clemson has a 2-6 mark, all of which have come since the Hokies joined the conference.

The Tigers enter the weekend playing well, having won six of their past eight matches overall, which include meetings with this weekend’s opponents. Clemson just won at Boston College in three on Pct. 26, and then took down Maryland in five on Oct. 28. After this road trip to Virginia, the Tigers will play their final five matches at home as they make a push for the 2012 NCAA Tournament.

Several Tigers played well on the trip last weekend, led most notably by junior Mo Simmons. Simmons impacted both matches in many areas, but played perhaps her best all-around match against Maryland. The Buford, GA native tied a career high with 19 kills, hit .327, had three aces, four blocks, and 13 digs. For the weekend, she averaged 4.75 points per set,and 3.5 kills and 3.63 digs per set.

Sandra Adeleye can become just the 11th Tiger to reach the 1400 kill milestone with eight this weekend as well.

After taking on Virginia and Virginia Tech, Clemson will welcome NC State and North Carolina on Nov. 9 and 10, respectively.