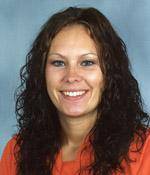 CLEMSON, SC – The Clemson volleyball team will open conference play on Tuesday, as the Tigers travel to Chapel Hill, NC, to take on the Tar Heels at 7:00 p.m. in Carmichael Auditorium. The Tigers will look to extend their eight-match winning streak, dating back to a 3-1 victory over in-state rival South Carolina on Sept. 9.

The Tigers enter league play with a 10-5 record, after capturing the Clemson Invitational tournament crown over the weekend. Clemson defeated East Tennessee State 3-0 on Friday, and downed Charleston Southern 3-0 and Illinois-Chicago 3-2 on Saturday to conclude the tournament.

Under head coach Jolene Jordan Hoover, the Tigers are 7-3 in conference openers, including last year’s 3-2 win over Maryland in College Park. On the season Clemson is 2-1 in away matches, 2-2 at neutral sites and 6-2 at home.

The Tar Heels enter Tuesday’s match with an 8-4 overall record, after posting a 1-2 mark at the Wildcat Classic in Evanston, IL over the weekend. North Carolina fell to Florida and Northwestern, while defeating Chicago State. Clemson is 12-39 all-time against the Tar Heels, with a 4-16 record on the Tar Heels’ home court.