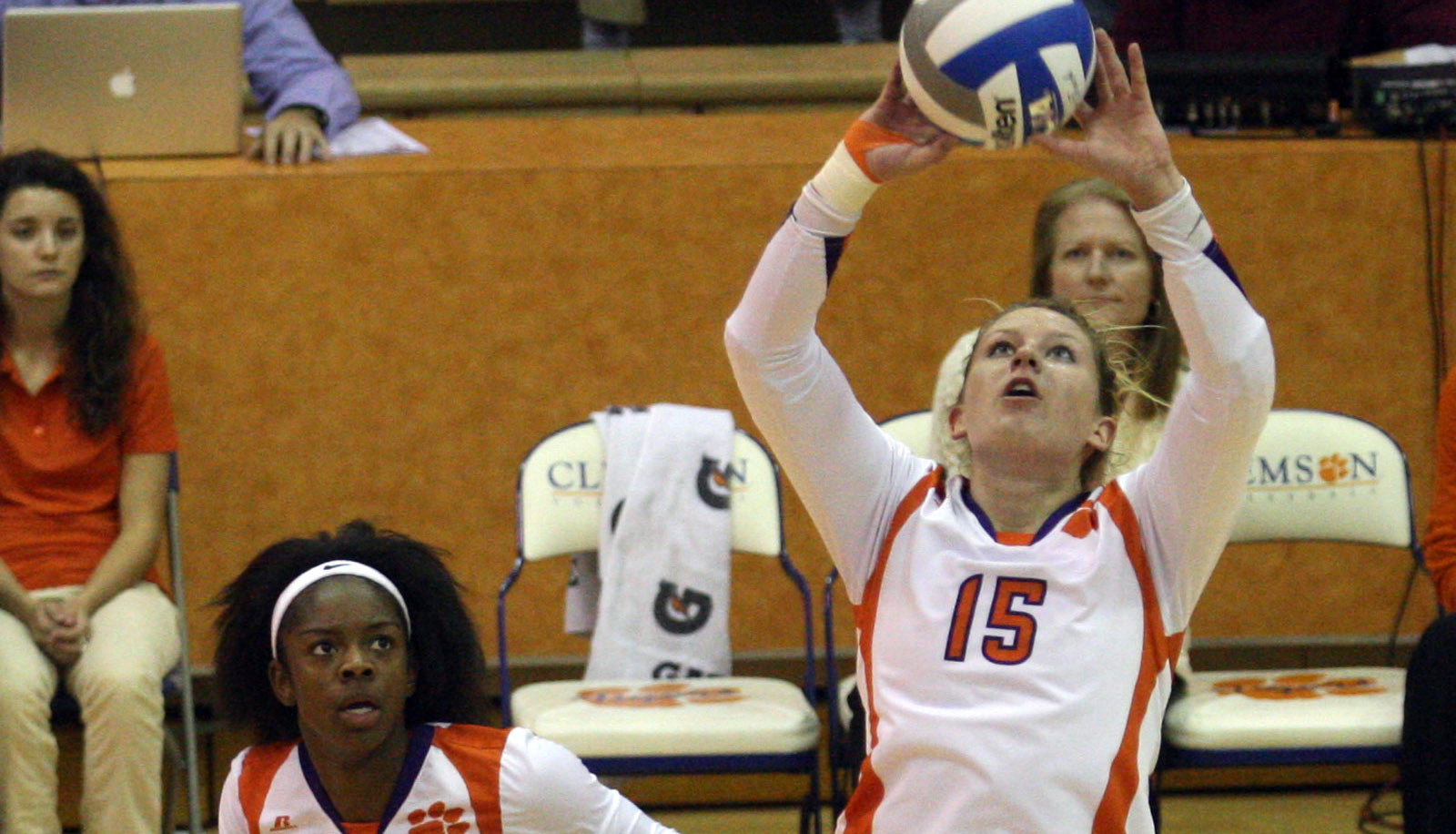 ASHEVILLE, NC – The Clemson volleyball team downed UNC Asheville in three sets, 25-16, 25-21, 25-18, on Thursday at the Justice Center in Asheville, NC. It was the second straight win for Clemson in the spring season, as they defeated Wofford before spring break in Jervey Gym.

“We did a very good job defensively as a team today,” said Head Coach Jolene Jordan Hoover. UNC Asheville gave us a lot of tips and off-speed attacks, and I was impressed with how well we worked together.”

The spring roster does not include Clemson’s four seniors from the 2012 season, who had a combined six All-ACC honors and three of whom were four-year starters.

Setter Hannah Brenner and Mo Simmons are two of the returning starters for the club, which has own 20 or more matches in six of the last seven seasons. Kalah Jones, Karis Watson, Lou Davis, Kam Sherman and Abby Gortsema have all seen heavy action in the spring so far.

Additionally, Hoover has had middle Beta Dumancic and defensive specialist Niki Collier at her disposal after enrolling in January. Hoover also has five players set to join the team for the 2013 season.

The Tigers have two home dates remaining, an April 5 showdown with South Carolina and an April 13 tournament with Georgia State and USC Upstate.